On the path "Stephen Harper has chosen for us." 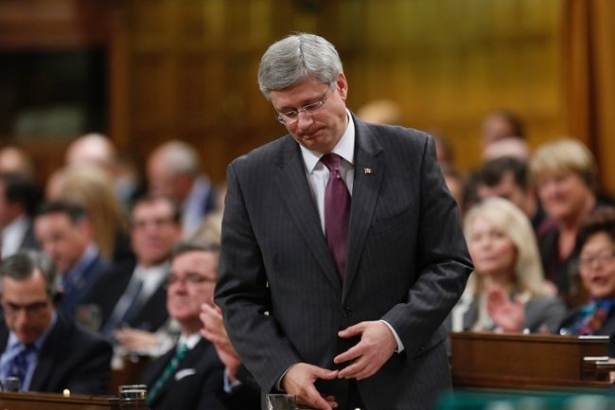 Struck by this, one commentator characterized the Prime Minister in an essay “The Early Warning Signs of Fascism”.

Referring to research findings identifying the “fourteen defining characteristics” of fascist leaders like Mussolini and Franco, Harper was seen to embody them all, but especially the lynch-pin attribute, “Controlled Mass Media”.

Harper’s obsessive attempts to control – and sometimes abuse – public discourse has led to many verbally intemperate exchanges. When the Jewish Tribune in December, 2012 named Stephen Harper its “Person of the Year” for his support of Israel, the comments section was laced with F-bombs for and against, involving people on both sides of the argument, aboriginal and non-aboriginal, French and English.

This control only seems to break down when one of his Cabinet ministers is accusing political opponents of “treachery” or James Hansen of the IPCC of speaking “nonsense” and “crying wolf”. Or the Prime Minister is calling Human Rights Tribunals “totalitarian” and “scary”.

It sounds so familiar.

Its propaganda twin has been posted everywhere since April 26, 2012, when Stephen Harper introduced, less than a year after his May, 2011 majority win, the blandly titled Bill C-38, “Act to implement certain provisions of the budget tabled in Parliament on March 29, 2012 and other measures.”