A new Insights West poll indicates Conservatives are in deep trouble in B.C. as their support collapses to 22 per cent. 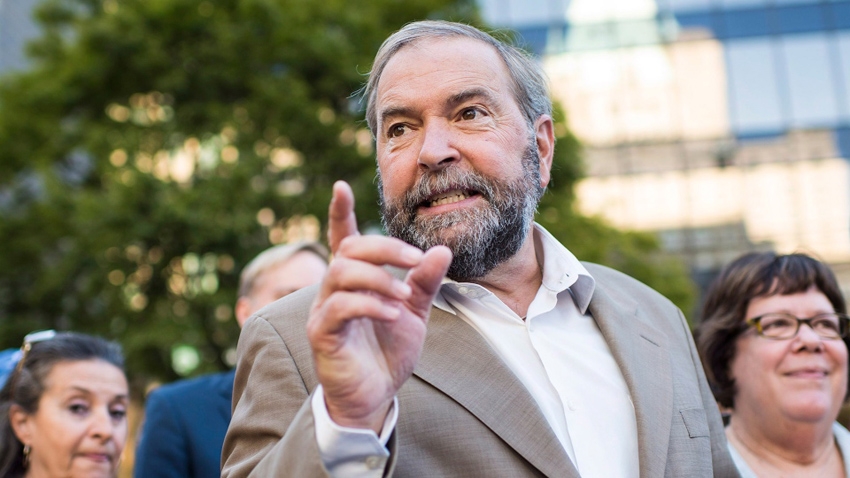 The latest Insights West poll of British Columbian voters offers good news and bad news for all major parties, as we get closer to the moment when Canadians cast their ballots in the federal election. 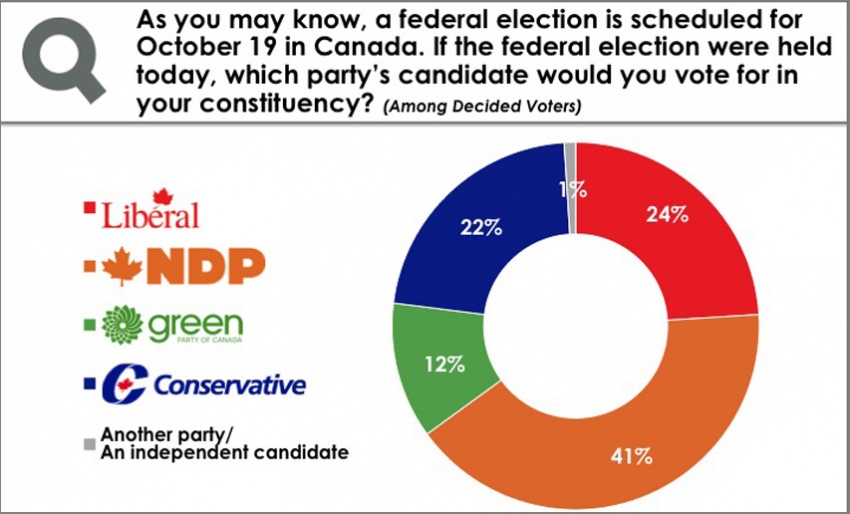 The bad news for the incumbent party comes in the form of a dwindling base. In 2011, the party got 46 per cent of the vote in British Columbia — its best result since the merger of the Progressive Conservatives and the Canadian Alliance. Now, the Tories are at 22 per cent among decided voters, down seven points since our May survey. The indicators for Stephen Harper are not great. Half of British Columbians (50%) say their opinion of the prime minister has worsened from the start of the campaign, and only 28 per cent approve of his performance as prime minister.

There is a silver lining for the government, which comes in the form of extremely faithful voters. While 42 per cent of decided voters in B.C. say they may change their mind before election day, this proportion drops to 29 per cent among those who intend to vote Conservative. This means that seven-in-10 Tory voters (71%) will not be swayed during the campaign and intend to stick with the party no matter what happens. In addition, Harper is regarded as the best candidate to handle crime and public safety, foreign affairs and the fight against ISIS — themes that will continue to be featured by Tory candidates.

One of the issues that may affect the federal New Democratic Party (NDP) in British Columbia is the fact that they have not become the de-facto champion of residents on energy and pipelines. While NDP leader Thomas Mulcair is regarded as a superior option to handle most pressing issues — including the economy, health care and government accountability — there is little traction on the energy file, where he is essentially tied with Harper and Green Party leader Elizabeth May.

The survey has plenty of reasons for New Democrat supporters to be thrilled. Since May, Mulcair has overtaken Harper as the top choice for Prime Minister (27%, with the incumbent prime minister at 19%), he has the best approval rating of all party leaders (55%), and his party gained six points on voting intention (reaching 41% this month). This surge encompasses the coveted “55 and older” demographic (41% for the NDP, and 29% for the Conservatives). Will B.C. turn orange on election night? As was the case in Alberta, we’ll have to see what polling closer to election day reveals.

The main hindrance for the Liberal Party is the fact that Justin Trudeau is not currently ranked as the best leader to handle any particular issue. It is also problematic to see half of Liberal voters (52%) acknowledge that they may change their mind before election day, which suggests “strategic voting” could lead some voters to choose a different path before Oct. 19.

Still, there are some numbers that provide plenty of encouragement for the Liberals. Their result in this survey among decided voters (24%) would be their best in B.C. since the 2006 federal election — the last one fought under Paul Martin — and better than their share of the vote in B.C. under Stéphane Dion in 2008 (19%) and Michael Ignatieff in 2011 (13%). Their strength is decidedly urban, so seats such as Vancouver South, North Vancouver and West Vancouver-Sunshine Coast-Sea to Sky Country remain attainable targets.

The bit of bad news for the Green Party, as has been the case in previous federal elections, lies in the level of commitment from their current voters. While reaching 12 per cent on province-wide voting intention seems fantastic, it is also accompanied by the fact that two thirds of Green voters (67%) are not entirely committed to the party right now and may change their mind.

A stat jumped right out of the page: one-third of decided voters in Vancouver Island (32%) are ready to cast a ballot for the Greens. This places the party just seven points behind the NDP on the island, and pushes the country’s traditionally dominant parties closer to fringe status than competitiveness. One reason for this improvement is the way in which the province is warming up to Elizabeth May. She has the best momentum score of all four federal leaders (+11) and her approval rating jumped to 52 per cent this month.