Oil and gas industry's right to profit vs. the right to live

Telling Canadians to increase the extraction of fossil fuels in the age of climate change is like telling a drug addict to boost his usage because he's already dependent. How can the federal government vehemently oppose assisted suicide on the individual level yet promote self-inflicted destruction on the collective level? 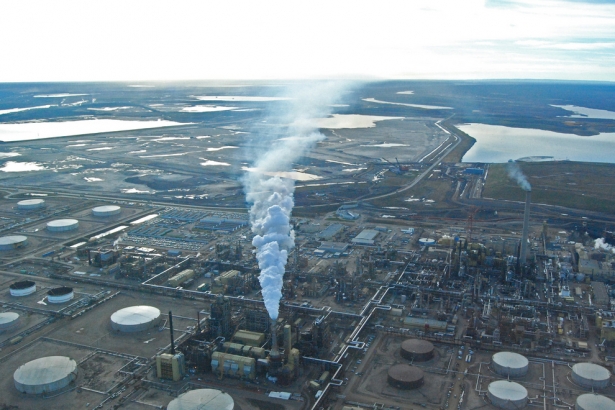 Whether you call it euthanasia, assisted-suicide or self-deliverance, end-of-life care on the individual level is vehemently opposed by the current federal government. Yet ironically, on the collective level, self-inflicted death is precisely what this government is doing in its push for more carbon emissions and rapid energy extraction from an already overextended planet.

Tar sands investors and their LNG and coal colleagues, are indeed the unwelcome Jack Kevorkians of global eco-collapse and a mass global die-off in the none-too-distant future.

While Canadians do not have a constitutional or legal right to kill oneself with assistance from a physician (Quebec is the exception where it may be legal under provincial statute). Yet oil, gas and coal producers are not deterred from financially assisting the federal and provincial government, in accelerating the world toward imposed ‘species self-deliverance.’

Many Canadians are now becoming increasingly aware that our once biodiversity-rich environment is facing certain destruction. There is a fine line today separating climate adaptation and suicide. The Harper government and its corporate lobbyists are erasing that line.

Their sin list is lethal as it is long.

Most notably: Canada's withdrawal from the Kyoto Protocol (2012) and the UN Convention to Combat Desertification (2013), killing the National Roundtable on the Environment and the Economy (2013), killing the Polar Environment Atmospheric Research Laboratory (2013), closing the Canadian Foundation for Climate and Atmospheric Science (2013), scrapping the Kelowna Accord (2006), repeal of the Environmental Protection Act (2012), repeal of the Navigable Waters Protection Act (2013), closure of the Renewable Energy Branch of Environment Canada (2011), closure of Canadian Coast Guard stations (2012-2013), allocation of more resources to the CRA to investigate the political activities of environmental charities (2012), and muzzling Canadian scientists in many departments.

By concluding that the Canadian wilderness is profit-expendable, and too costly to preserve, and that Indigenous communities impacted by oil and LNG pipelines, supertankers, and coal trains are unfortunate yet acceptable collateral losses, fossil fuel CEOs push the federal government prescribe and administer policy 'hemlock’.

Yes, many Canadians support quality end-of-life care for those who suffer in pain. But it is absurd to suggest we euthanize our human and non-human communities in order to become an energy superpower. Jobs do matter, and so does energy independence. Yet telling Canadians to increase the extraction of fossil fuels in the age of climate change is like telling a drug addict to boost his usage because his body is already dependent, and anyway we all must die somehow.

There are many who feel it is instead the climate denial lobby and alternative energy obstructionists who steadfastly block a ‘just transition’ between fossil fuels and clean energy that should be allowed to make a final exit.

We must all look well beyond our current nights of fossil fuel darkness to the dawn of a decarbonized tomorrow.

To get there, we must vigilantly affirm that the right-to-profit never has and never will trump our collective right-to-live.