It should be self-evident that when journalists encounter repression that our response should be to unequivocally fight for their rights. 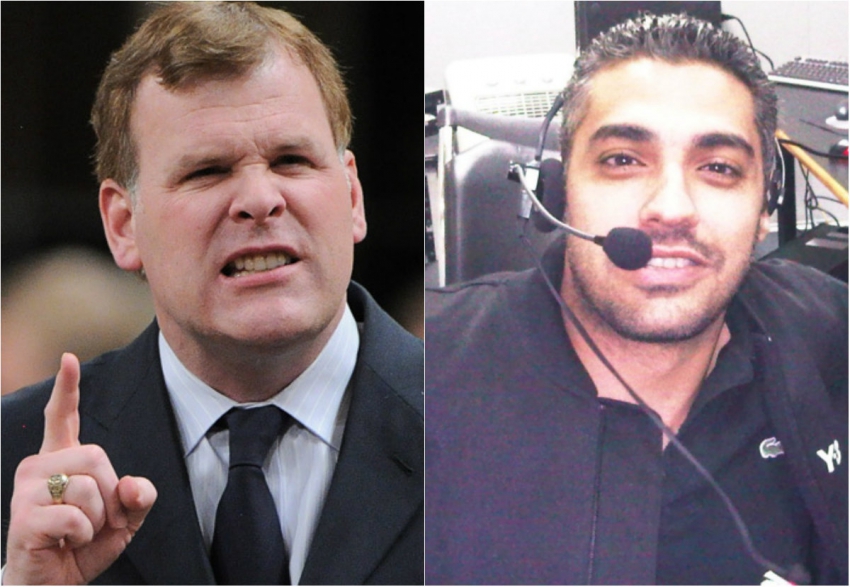 It would appear that freedom continues to remain elusive for Mohamed Fahmy, the Canadian journalist jailed in Egypt.

Egyptian officials announced on February 8th that Fahmy's case would be retried, with proceedings scheduled to commence later in the week. Fahmy has been wallowing in an Egyptian jail since December 2013 when he was arrested along with fellow Al Jazeera journalists Peter Greste and Baher Mohamed. Fahmy and Greste were subsequently sentenced in June 2014 to seven years in jail, while Mohammed was given a sentence of ten years.

The men were convicted on charges of endangering Egypt's national security, falsifying news, and helping terrorists.

There was hope this past week that Fahmy would be deported back to Canada after he willingly surrendered his Egyptian citizenship in order to make deportation possible under Egyptian law. Greste, an Australian national, was deported to Cyprus on February 1st and has since returned to Australia.

Both recently-resigned Canadian foreign minister John Baird and Fahmy's family last week called Fahmy's release "imminent," raising expectations of a resolution to the debacle. At the time, Baird was unwilling to elaborate further on his pronouncement.

It is not clear what, if anything, changed in the interim.

Fahmy's family described the news of a retrial as devastating and questioned why the Canadian government has not done more, noting that in comparison Australian officials had been far more aggressive in Greste's case. Baird and the Canadian government have been criticized repeatedly over the past year for not placing meaningful pressure on the Egyptians to secure Fahmy's release.

Now Fahmy's family say that they feel "let down by the Canadian government's conservative approach in the handling of the case" and pointedly stated that Prime Minister Stephen Harper "has failed us immensely."

According to the CBC, a statement issued last week from Baird's former Department of Foreign Affairs, Trade and Development said that Baird thanked his Egyptian counterpart Sameh Shoukry for Egypt's continued "friendship" while discussing Fahmy's plight.

One can only speculate as to the motivation behind the federal government's recalcitrance in addressing the Fahmy case. The situation is no doubt compounded by the fact that Egypt is an official friend of Canada's. Nor does it help that, as announced last month by Baird, Canada has recently signed on to a number of partnerships with the authoritarian government.

In a twisted irony, Baird pledged in last month's announcement to provide direct training and support to Egypt's security forces—the same apparatus responsible for countless untold human rights abuses, including of course the detention of Fahmy and his colleagues.

Since the overthrow in 2013 of a democratically-elected government—though one that was unpalatable for Western governments—the current regime led by former military strongman Abdel Fattah al-Sisi has been responsible for the deaths of hundreds of unarmed protestors and the jailing of tens of thousands of dissenters, according to international watchdog Human Rights Watch.

Even still, Fahmy's story is about more than one human rights violation in far off Egypt, as important as that may be. It is about Canada's ongoing support for a despotic regime, even if it tramples on the rights of innocent people (including in this instance a Canadian citizen).

It is not lost on the people of the world that Western nations like Canada are willing to support governments based on geopolitical and economic self-interest, even when this amounts to supporting tyranny. This behaviour has been part of a longstanding pattern which involves not just Egypt but many other countries with questionable records—albeit ones whose interests ally with our own, which presumably provides ample justification for an amiable relationship.

Beyond the human rights abuses visited upon Fahmy and the many others murdered or incarcerated in Egypt and elsewhere—despicable as they are—lies a more insidious cause for concern.

Journalism as an institution is increasingly under fire. While the internet age has provided access to quantities of information unrivalled in human history, the quality of information sources threatens to be compromised. Major news outlets in Canada and the US have cut foreign bureaus, thus producing less coverage worldwide.

The increasing concentration of media ownership further reduces the diversity of voices reporting on a given story.

Moreover, for those correspondents still on the ground, it is a dangerous time to cover many stories that shape our world. In 2014 alone, 61 reporters were killed on the job and another 220 were imprisoned. Journalists—like humanitarian workers—must be protected while they perform their very important task.

We need people like Fahmy and his colleagues out there in these dangerous places to keep us informed. After all, a robust media is the cornerstone of a democratic society.

It should be self-evident that when journalists encounter repression that our response should be to unequivocally fight for their rights.

So far in Fahmy's case, we have fallen short of this standard.