Opinion: Transit is smart investment for our growing region, so vote YES

Voting against this proposal would be devastating for the region’s economy and quality of life. Without new funding, congestion would only get worse as the region adds new residents. 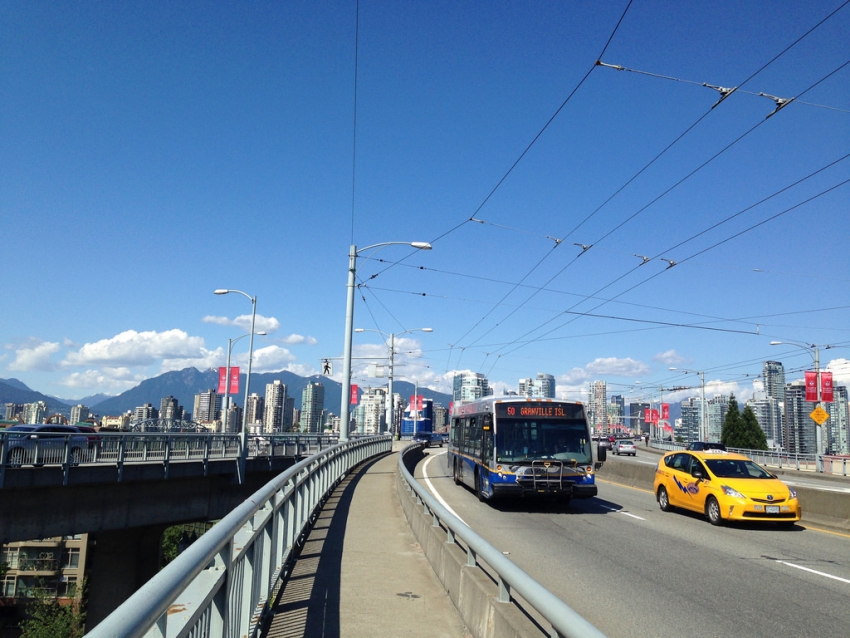 How often do environmentalists, labour groups, and the board of trade agree on something? The NDP and Christy Clark? Or Gregor Robertson and the NPA?

Yet all these groups have come together to support a new regional Transportation Plan and the funding source required to invest in it. It’s the broadest-based coalition that BC has ever seen.

You may have heard by now what’s included in the plan: 11 New B-line express bus routes and 25% more bus service across the region. A new seabus operating daily and an 80% increase in night bus service. The three big-ticket items: light rail in Surrey and Langley, the Broadway subway in Vancouver and a new Pattullo Bridge.

Of course, not every business or resident will directly use these new services. But that’s not the point. Everyone stands to benefit from reduced congestion and shorter travel times when anyone trades their car commute for transit.

That’s why this plan has been so compelling for such a diverse range of groups. It presents better transportation choices. It gives our economy and our region room to grow. And it reduces time and money wasted idling in traffic.

On some of the region’s most congested corridors, the Transportation Plan will save commuters 20-30 minutes per day.

What would you do with an extra 30 minutes every day shaved off your commute time? Would you read a story to your children? Spend some quality time with your spouse? Join a sports team or a take new class?

And because everyone pays their fair share, it’s an affordable investment. The Mayor’s council plan will cost a typical household just 35 cents per day. Low-income households will pay even less, around 14 cents daily. This will be collected through a 0.5% Congestion Improvement sales tax that applies only to the Metro Vancouver region.

It’s all been crafted from a model pioneered in US cities. In their experience, when a region commits to invest in transportation, this is matched with additional funding from other levels of government. The region gets improved services as well as economic spin-off benefits and jobs from major infrastructure spending. In fact, economic studies predict that the investment in this plan will generate 7,000 full-time permanent jobs across the region and add nearly $1 Billion to our economic output.

The Transportation Plan and Congestion Improvement tax are going to a region-wide vote coming up this spring. To enjoy the benefits of this new transportation investment, a majority of residents must vote YES.

Of course, we live in a healthy democracy and there are some opponents to this plan. A few of them are confused about the actual benefits and costs of this investment. And some have expressed concerns about holding Translink accountable to deliver on the plan.

That’s why the mayor’s council and the provincial government have insisted that funds raised will be kept in a special government account, subject to annual independent audits. This will ensure that promises made are promises kept.

Voting against this proposal would be devastating for the region’s economy and quality of life. Without new funding, congestion would only get worse as the region adds new residents. Overcrowded buses could become unbearable, and instead of major new transit service, some routes would likely need to be cut.  It could take years or even decades to find a new agreeable solution.

Even more damaging, a No vote would send the message to federal and provincial governments that we’re not willing to pay our share for major infrastructure spending. Those tax dollars— our tax dollars—would likely end up elsewhere.

Our buses are overcrowded. Our streets and highways are congested at rush hour. And countless neighbourhoods across the region suffer from inadequate transit service.

Metro Vancouver’s leaders have presented an affordable solution that unites business, labour, and environmental groups across the region in support.

As a small business owner, I understand that there is a time to save and a time to invest for growth. This Transportation Plan is a smart investment that supports our economy, reduces congestion, and improves our quality of life.

Please Vote Yes in the Transit Plebiscite this Spring, and join me at a fundraiser on February 12 supporting this important campaign.