Sex work and the politics of rape: why the government owes women an apology

It's stunning that the government has still not addressed the comments in any meaningful way and has refused to remove Goguen for the remainder of the process. 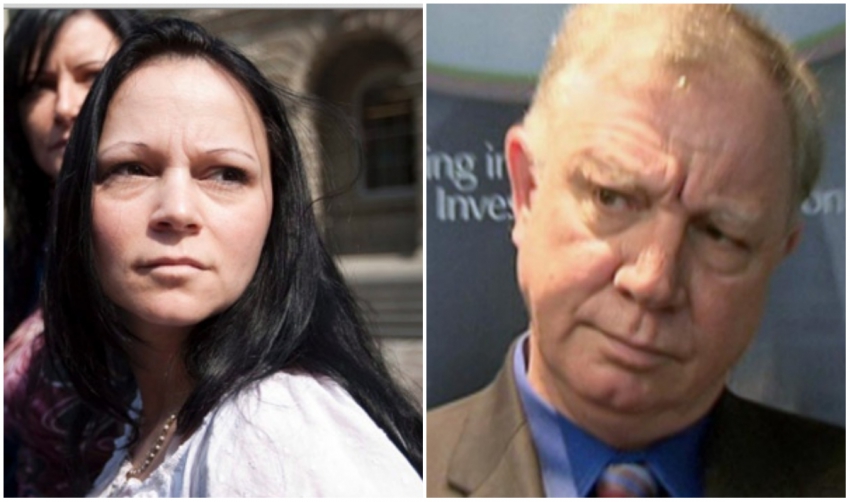 When Conservative MP Robert Goguen asked Timea Nagy, a former sex worker who alleges she was gang raped, whether the attack was a case of freedom of expression, well, it was hard to know how to react.

This all took place during a recent committee meeting regarding Bill C-36, which aims to transform the legality of sex work in this country.

To be specific, during the proceedings Goguen asked Nagy:

"You were describing a scenario where you were being raped, I believe, by three Russians. Let's suppose the police authorities would have broken in and rescued you. Would your freedom of expression have been breached?"

When asked for clarification, Goguen added, "What I'm saying is you weren't freely expressing yourself by being raped by three men?"

It should be added here that Nagy is a supporter of Bill C-36, which, the government argues, is meant to curb sexual exploitation by making it a criminal offence to purchase sexual services, among other amendments.

Regardless, the exchange between Nagy and Goguen is important for several reasons, much of which has already been covered in the media. But on a more fundamental level too often ignored, it speaks to the most basic of issues – call it  feminist, human rights, or otherwise – how men understand women's bodies, and particularly those women who are engaged in some form or another in the sex trade.

So Nagy is a sex worker. For men like Goguen, this makes it an impossibility that she is "rapeable" (I write this with the full knowledge of the monstrous nature of that hideously fabricated word). It is beyond the pale that three men could violate someone in a brutal manner and then have the government's own man, the supposed representative of the people, ask if she was, while being raped, engaged in something akin to writing poetry.

There have been countless attempts to have men own up to their role in the system that is patriarchy. On numerous levels in Canada, thankfully, this has worked. Working at present as I do on the Indian subcontinent, I still find it shocking that rape in many parts of this land is almost a matter of course, and in that context, it does seem that progress has been made in our country.

Nevertheless, we all know, or should know, that there yet remains massive work to be done. And when guys like Goguen speak – and it's not like he was talking in the throes of his fifth rum-and-coke at the Minister's favourite strip bar or in some basement with Rob Ford, but in a formal setting as a parliamentarian – it is profoundly disconcerting, though hardly remarkable.

The fact that he felt safe making these pronouncements on the public record boggles the mind, but perhaps speaks volumes to how much distance we have yet to cover.

What makes it so demoralizing is the traction and reverberation this narrative maintains over time. I suppose one should not be surprised, given the tolerance our society confers on violence against women in general.

But when rape, violence and murder are committed against marginalized women, the consistency of the reaction is as impressive as it is grotesque.  Think of how long it took to investigate a known creep like Robert Pickton, despite scores of missing women with potential links to him. Think of the hundreds of missing and murdered Aboriginal women across the country.

Think of the murder of Pamela George, a First Nation woman in Regina whose murderers – college kids and nice, good boys – got off with a slap on the wrist for what was framed as merely an unfortunate misadventure with a prostitute after the boys beat her so badly the casket could not even be opened at her funeral.

And now there is Nagy, who apparently was just exercising her freedom of expression.

It is stunning to me that the government has still not addressed the comments in any meaningful way and moreover refused to remove Goguen for the remainder of the process. For her part, Nagy has said that she doesn't want an apology (Goguen apparently offered her one over the telephone) and continues to support the government's bill. That is clearly within her prerogative.

Nevertheless, Goguen, and the entire government, frankly, need to apologize to sex workers and all women, irrespective of who supports which party or what bill. The mentality displayed by Goguen is not only awful, but furthermore cannot be held up as an example of acceptable discourse. Rather, a strong backlash would send a much-needed message to men and society that this is not acceptable. Sadly, in a government where preservation of the status quo is of paramount importance, this is almost certain not to happen.