Failure to track the impact of the flow of foreign capital marks this country as an international outlier, says #donthave1million trendsetter Eveline Xia. 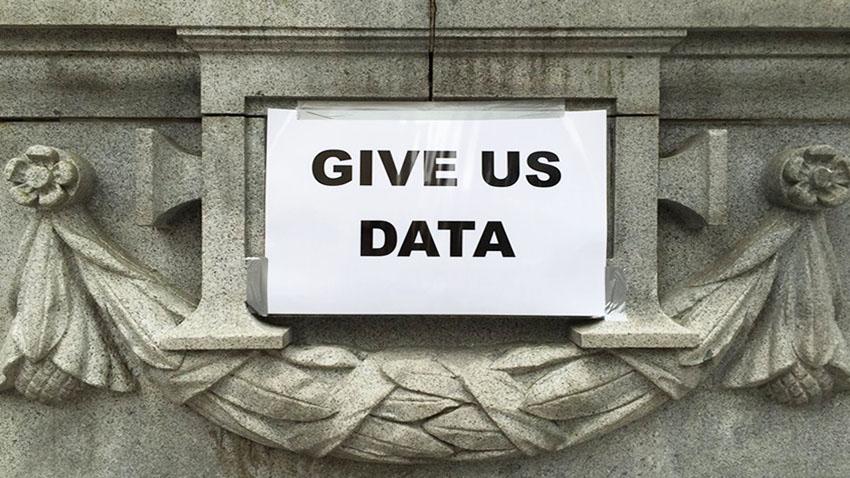 There is a chorus of expert, political and citizen voices calling – even begging – for independent data on foreign ownership in Vancouver’s unbelievable real estate market.

The Vancouver Sun's editorial board has now joined that call, stating Vancouverites are rightfully concerned and deserve better from their governments. Perfect timing, as this is precisely the point of the upcoming “Give Us Data” rally happening June 24, 5 p.m. at the Vancouver Central Library.

In an email I urged Premier Clark to join us at the rally to use this opportune moment for making a big announcement. What are the chances that B.C. will finally join the world and begin collecting data on foreign ownership, international capital, and speculation?

Here are the top five points I used in my attempt to persuade:

1. What other issue garners such consensus?

According to recent polls, 9 out of 10 Metro Vancouver residents are worried about the next generation of homeowners, and 73% of all British Columbians support action on tackling the affordability crisis. Amazingly, support crosses party lines, generations and regions. This is a politically safe issue!

2. Generations of families will struggle to afford secure homes

If housing prices continue to outpace wage growth at the current rate of 14% a year, Vancouverites of all income classes will be priced out for generations to come. If doctors declare they can't afford to stay, what about the rest of us, not to mention those who struggle to pay rent? The VanCity report on housing has made this point loud and clear.

Real estate has now gone global; just ask Singapore, Hong Kong, London and Sydney. Experts everywhere are sounding alarm bells about an unprecedented transnational flow of capital, some of it illicit, and much of it finding its way into residential real estate. Other jurisdictions have responded by gathering critical data on the causes, impacts and solutions. Our failure to track the impact of this flow marks our country as an international outlier. We must bring British Columbia in line with international norms.

4. Relying on the BC Real Estate Association date is not good enough

Their recent report was based on outdated data, informal surveys and anecdotal evidence from industry players. Even the BCREA acknowledged it lacks hard data and has come out in support for the government to do more:

5. Let's not waste any more time

Good policy is evidence-based. Since we haven’t gone past step zero in collecting the evidence, what chance do we have of alleviating our housing crisis before Vancouverites leave en masse?

I urged Premier Clark to begin collecting data to clarify the impact of foreign ownership and capital on our market in a manner the public can have confidence in. I asked her to join us — her citizens — as we strive to build a city in which we can thrive, not just survive; a place in which everyone, regardless of income, can work, play, and grow old.

The above was a collaborative effort by Eveline Xia and the team at Vancouverites for Affordable Housing.

See more
Why we need affordable housing, not bachelor pads and empty homes

Why we need affordable housing, not bachelor pads and empty homes