Stealing medicine from the sick and the poor 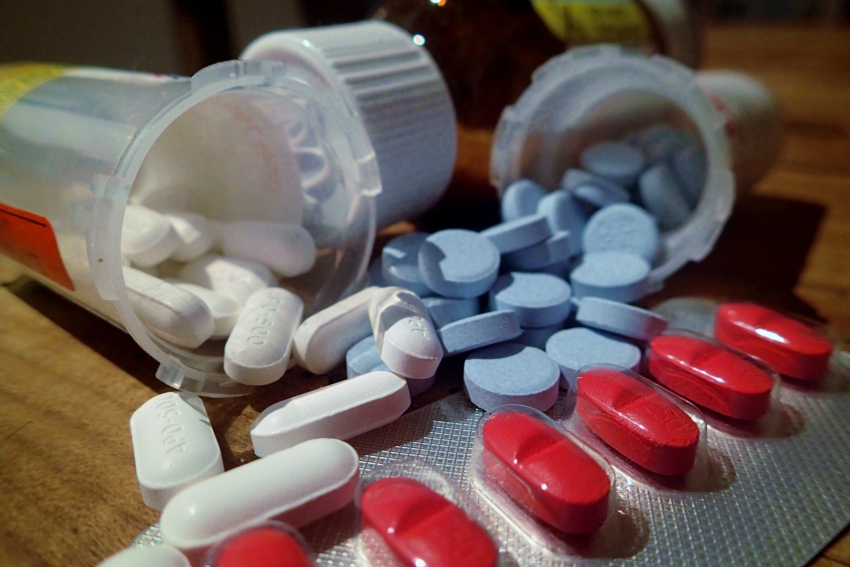 If the Canadian government has its way, life saving medication may be soon out of reach for the poorest of the world's citizens.

Since 2010, Stephen Harper's government has been quietly negotiating the Trans-Pacific Partnership (TPP) agreement with representatives from 13 other countries. The TPP is a wide-ranging free trade agreement which has now been signed by 12 nations (China and South Korea are also at the table but not yet signatories), effectively encompassing over 40 per cent of the world's gross domestic product, with the potential for being much larger still should China, South Korea, and others sign on. As is, if implemented, the deal will create the largest free trade zone in the world.

Among many provisions, the TPP seeks to transform regulations around patents, making them  longer lasting and easier to obtain, while limiting public access to research findings. On this front, the proposed agreement has immensely positive implications for corporate pharmaceutical profit margins, to the detriment of the ocean of humanity that cannot afford big pharma's medications.

If you have never heard of the TPP, you are not alone. Governments involved around the world have been working very hard to keep the deal — and more importantly the details it contains — secret. Both the Canadian and the US governments provide occasional 'updates' but these are merely cursory. Representatives from large corporations have been invited to the table at the exclusive TPP meetings but the citizenry has been largely left out in the cold, kept in the dark about negotiations which will affect us all.

Contents of trade deals are often kept from the public by governments and their corporate counterparts, and for very good reasons: much of what is included in these agreements would be unpalatable for the vast majority of the population.

The only reason we know anything substantive about the TPP is because of two leaked documents by WikiLeaks, found here and here.

While the TPP provisions appear far-reaching and of concern on multiple levels, the issue of patents and its implications for pharmaceuticals is particularly egregious. The international humanitarian organization, Medecins sans frontières (MSF), argues that the TPP will be the "most damaging trade agreement...ever seen in terms of access to medicines for poor people."

Health care providers rely on the low cost of quality-assured generic medication to combat disease among poorer populations around the world. Without this, millions upon millions of people would die from treatable causes.

A classic example is HIV treatment. Antiretroviral medications have radically altered HIV management, including dramatically reducing the transmission of the deadly virus. The cost of first generation antiretrovirals was reduced by more than 99 per cent with the advent of generic competition, an absolutely critical component in the fight against HIV in the developing world where resources are scarce and populations are particularly vulnerable. MSF estimates that currently 12 million people benefit from these medications, and suggests that the gains made against the scourge would be reversed if the TPP goes through.

Similarly deadly consequences are certain in the cases of many other illnesses if affordable access to therapy is restricted.

The TPP framework works off the structure of a previous deal, the Agreement on Trade-Related Aspects of Intellectual Property Rights (known as TRIPS), which came into force in 1994, also in the dark and heavily fortified citadels of power — in that case within the walls of the World Trade Organization. At the time, TRIPS was protested by many around the world for similar provisions found in what we know about the TPP.

But the TPP makes TRIPS look positively benevolent. It is a testament to how far down the neoliberal road we have travelled that an agreement like the TPP can slide noiselessly and seamlessly through the civil societies of the world with nary a whisper. And its impact may extend beyond the deal itself. US President Barrack Obama — one of the primary drivers of the TPP — suggests that, if passed, the deal will act as a template for future trade deals.

Nobel prize winning economist Joseph Stiglitz, who also happens to be the former chief economist of the World Bank, has warned that the TPP presents "grave risks" to democracy and will only "benefit the wealthiest sliver of the American and global elite at the expense of everyone else."  A review of the WikiLeaks documents confirms Stiglitz's concerns.

It is enormously telling that our government is willing to negotiate a deal that clearly only has monied interests in mind, and is furthermore prepared to take significant measures to keep such negotiations secret from the rest of us, presumably because those in power in Ottawa are worried about the public's reaction should we become aware of what our government is signing away.

After all, why else would it be secret?

Beyond this, the level of callous disregard for the most marginalized people in the world is both astonishing and appalling. Removing access to medication for those who need it desperately — with the knowledge that without this access millions upon millions will die — is despicable to a degree that virtually defies comment.

But, where there is oppression there also lies the possibility of resistance. For Canadians, given that what is known about TPP should cause us grave concern,  we now have an opportunity to stand in solidarity with people in the developing world.

And it's worth bearing mind what the economist Stiglitz says: "Trickle-down economics is a myth. Enriching corporations — as the TPP would — will not necessarily help those in the middle, let alone those at the bottom."