"And He shall judge between the nations, and shall decide for many peoples; and they shall beat their swords into ploughshares, and spears into pruning hooks; nation shall not lift up sword against nation; neither shall they learn war any more." 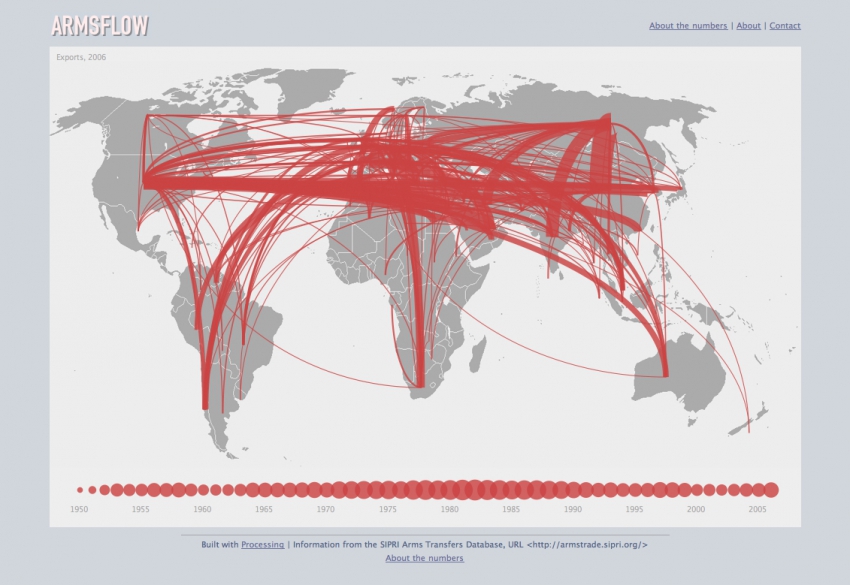 The global Arms Trade Treaty, brokered through the United Nations in a lengthy process, came into effect this Christmas Eve, 2014, 90 days after the 50th nation had ratified it.

Canada has refused to sign or ratify this landmark agreement, which will begin to stem the vast tide of armaments, from pistols to rocket launchers to tanks, which sweeps over the world every day.

Most arms come from rich industrial nations like Canada and the US and go to poor countries with undemocratic governments.

On the same day the treaty came into force, Canada’s Minister of Foreign Affairs, John Baird issued a written statement (the only way this government communicates most of the time) rationalizing Canada’s position in two ways.

First, Baird contends that ‘Canada already has some of the strongest export controls in the world”, implying we’re very careful who we sell arms to.

Then Baird adds a line that could have come straight out of the National Rifle Association’s PR handbook: “It is important that such a treaty should not affect lawful and responsible firearms owners nor discourage the transfer of firearms for recreational uses such as sport shooting and hunting.”

In other words, make sure limiting sales of weapons from industrial nations, used for slaughtering of millions around the world, or used to prop up despotic regimes, does not interfere with a Canadian hunter’s right to own a rifle.

Quite apart from the absurdity of the comparison – how does a rifle in the hands of a Canadian target shooter compare to an armoured  vehicle driven by an ISIS combatant? – there isn’t a shred of evidence that the Arms Trade Treaty has any effect on gun owners in Canada, period.

Representatives of Oxfam Canada, Project Ploughshares and Amnesty international carried out a “careful and honest reading of the treaty text”, and “found absolutely nothing that would prevent Canadians from legitimately owning firearms or that would change the obligations of current owners.”

So Baird’s second point is classic Stephen Harper. Say something that is manifestly untrue but serves a political purpose – and hope that no-one will take the time to find out that you’re just making it up.

But what about the first point. Does Canada have the “strongest export controls in the world.”? Do we only sell to good guys, for the right reasons?

Despite the rhetoric and obfuscation, Canada under Stephen Harper will apparently sell arms to bad guys, as well as good.

We sold weapons to the previous Ukrainian government, before the coup that overthrew it and replaced it with a government we now, for strange reasons, like better. 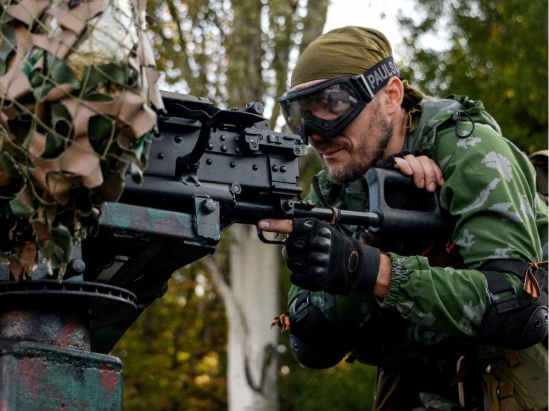 And what about new “multi-year contracts for Canada to supply Saudi Arabia with military armoured vehicles”, contracts that “are unprecedented” in size, amounting to $14.8 billion in Canadian funds.

Saudi Arabia is the Middle East’s largest arms importer and the birthplace of Osama bin Laden, and the only country in the world where decapitation is national policy – for crimes such as “armed robbery, drug trafficking and repeated drug use.” 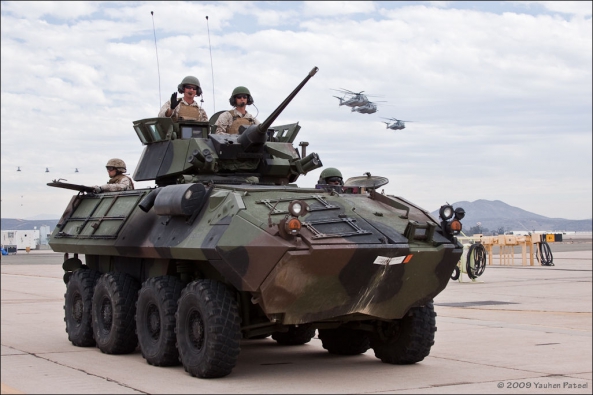 Since the Harper government gained a majority in 2011, Canadian arms sales have taken a huge leap, including to other countries in the volatile Middle East like Bahrain, Algeria – and even to Iraq, where ISIS is active. But we’re also selling to countries with dubious human rights records like Pakistan and Egypt, and to Mexico, where drug cartels have major influence over corrupt government officials.

With the sale of armoured vehicles to Saudi Arabia, Canadian arms trading with that country exceeds, for the first time ever, sales even to the US.

I don’t think Stephen Harper and John Baird are concerned that Canadian gun owners will be challenged under the Arms Trade Treaty. I think that’s pure propaganda meant to serve the Canadian gun lobby, itself strongly influenced by the NRA.

I think there is a new spirit of “make money at any cost” in the Conservative government, even if it means selling guns that might get into the hands of terrorists or criminals.

Perhaps there's a connection to the falling price of oil?

When they served as an opposition party, the Conservatives decried earning money without principles. In their 46-page election platform in 2006, they stated: “Liberal foreign policy has compromised democratic principles to appease dictators, sometimes for the sake of narrow business interests.”

But then, this prime minister during the 2011 election campaign advocated selling asbestos on the world market. The federal government still refuses to agree that asbestos is harmful in anything but large quantities, even though the entire scientific community disagrees, and even though it is the largest cause of workplace deaths in this country.

And his support of Benyamin Netanyahu's government, while men, women and children were being blown to bits in Gaza never wavered.

Stephen Harper is a very aggressive wolf in a self-righteous sheep’s clothing.

He may say he believes the line in Matthew 5:9, “Blessed are the peacemakers: for they shall be called the children of God.”

But his heart seems cold as ice, as he counts off the dollars earned – and the votes assured – from selling death abroad.