What would make Vancouver East matter more than ever in Ottawa? Voting Green. Here's why.

I’ve lived and worked in the communities that comprise Vancouver East for the majority of my 17 years in Vancouver. I've devoted the last decade of my professional and academic career to better understanding why poverty and many other challenges persist in East Van, and what kinds of policies, strategies and partnerships we can create to change that. They sure as hell aren't being created in Ottawa right now.

For the last four years I've been the Executive Director for one of the city's Business Improvement Areas in the riding. Hastings Crossing BIA. We started it to be a very different kind of business organization, one that collaborates with disparate groups holding different ideas so as to create opportunities for businesses and residents alike.

Cooperation, collaboration, taking into consideration very different views and concerns and bridging those differences has been at the heart of this incredible job. If nominated, and if elected, I intend to bring the same spirit of partnership, empathy, and collaboration to Ottawa. Here's a bit about why I'd be excited to do it as a Green MP.

Support and interest in the Green Party continues to surge across the country but most especially in BC. This province has felt bullied, intimidated and condescended to by the Harper Government and the multinational oil and gas industries that it acts as a publicly funded PR firm for. We're tired of it, and now we have a chance to change it. Nobody has stood up for BC more than this province's elected Green MP, Elizabeth May.

As May and the Green Party’s approval ratings continue to grow stronger in BC, it’s positioned to send more Green MPs to represent us in Ottawa, and that’s worth taking note of. With the other three parties locked in a three-way race it appears that in 2015 we will likely elect a minority government, possibly even a coalition. That is if the Liberals and NDP listen to the growing chorus of Canadians asking for cooperation between the parties to form a government that doesn’t increasingly scare them. The Greens have committed ourselves to working with the Liberals or the NDP in the interest of good, responsible government.

Conservative friends of mine know that while our politics differ — sometimes greatly (I'm pro-union and proud member of the TSSU, an environmentalist, and support your right to wear a niqab or anything else) — I am always willing to respectfully listen to opinions that differ with mine. I believe I may be able to learn from them, enabling me to make a better decision or contribute to a better discussion.

I think that's a big part of what Parliament is, ideally. A place for leaders to learn how to come to the best decisions and hold better discussions regarding the range of things that impact the lives of Canadians in our diverse communities. It deserves more respect than Harper and Conservative MPs give it. Which is arguably none.

I think it's time for change in Vancouver East, and in Ottawa. So if you live in one of the several communities that make up this riding, and what I've said here resonates with you, please consider learning more and becoming a member of the Green Party of Canada. It will be more meaningful than ever.

There's something beautiful and just about that symmetry. 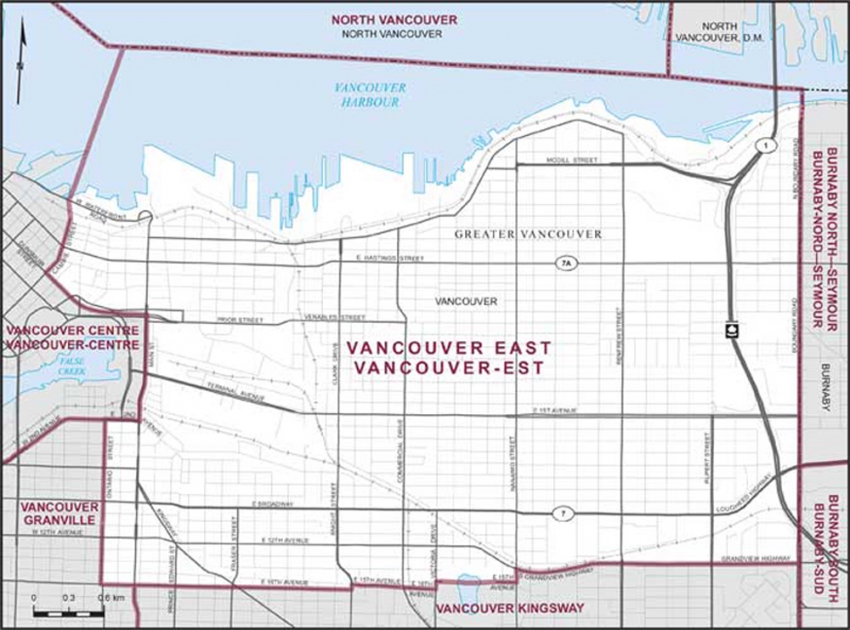