The Trans-Pacific Partnership, health, and climate change: time to listen to your doctor 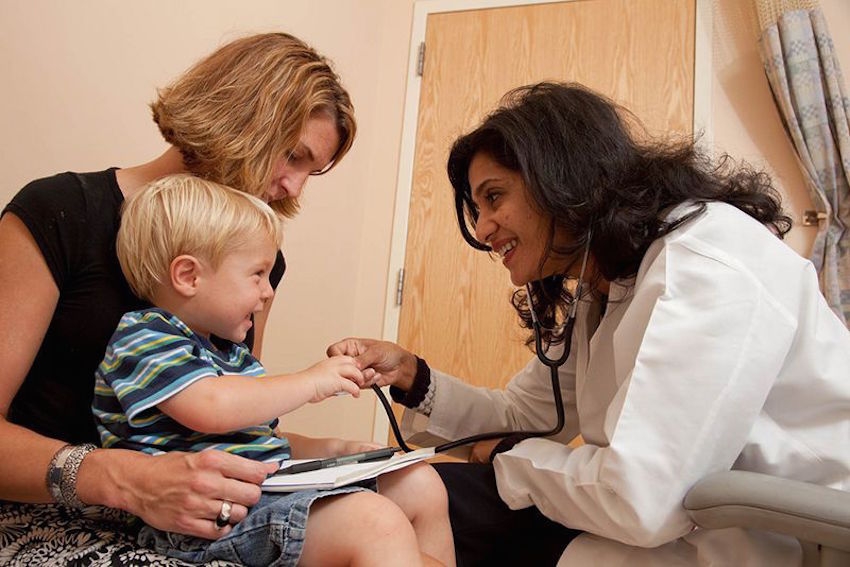 “When we think of health we often think of hospitals and the healthcare system—but increasingly, the social and ecological determinants of health are recognized to have much greater impact on overall health status.”

One such proposed policy is the Transpacific Partnership (TPP).

Although the TPP targets trade, it may have many unintended side effects for health. Doctors without Borders, Universities Allied for Essential Medicines and Canadian Doctors for Medicare have all expressed concern about intellectual property (IP) rules that will lengthen patent and data protection for pharmaceuticals, keeping drug prices high and obstructing price-lowering generic competition for medicines (MSF Policy Brief).

The Canadian Association of Physicians for the Environment (CAPE) is additionally concerned about the TPP’s potential to undermine the ability of governments to protect health and the environment.

The TPP’s ISDS provisions allow corporations to sue governments for lost profits alleged to have resulted from a change in government regulations, such as passing a law to protect some aspect of the environment or human health.

Under NAFTA (North American Free-Trade Agreement), two-thirds of legal actions against Canada have been due to environmental regulations deemed to obstruct profits. For example, TransCanada Corp is seeking $15 Billion US in lost profits after the rejection of the Keystone XL pipeline.

In a second ISDS case, Lone Pine, a Canadian resource company incorporated in Delaware, is suing the government of Quebec for $118 million because the province passed a law that revoked their hydraulic fracturing (fracking) permit in the St. Lawrence River valley.

Yet over a decade of studies have found negative biophysical, environmental, and economic impacts from hydrocarbon exploration and exploitation activities in the St. Lawrence River.

British Columbia’s current government wants to rapidly expand the LNG (fracking) industry, and Petronas, based in Malaysia – and a TPP signatory – is one of the biggest partners in this process.

Should BC and Canada decide that fracking is bad for our health or the environment, as other jurisdictions have, we could be sued for lost profits.

It is also possible that the agreement won’t have much of a positive economic impact.The CD Howe Institute estimates it will increase real GDP by 0.08% by 2035.

Meanwhile, the former head of the world bank, Joseph Stiglitz, says the TPP could cost 58,000 jobs and widen inequality, as this type of agreement often sees good paying jobs like manufacturing leave to jurisdictions where labour is cheaper, with an increase in export-related labour corresponding to lower paying jobs .

When workers end up in lower paying, precarious jobs, it is harder to choose healthy food, exercise, low stress environments, and stable housing. Studies have shown inequality negatively affects the health of all people in a society, from the poorest to the richest.

The TPP includes an “opt-in” section (art.29.5) that allows Parties to exclude any tobacco control measure from an investment dispute.

Why have governments not extended this option to any other health or environmental regulation or control measure?  What about the health impacts of sugary drinks, or environmental damage from fracking fluids?  Leaving ourselves open to curtailment of sovereign health and environmental policy is foolish.

Worse, decisions are generally arbitrated by corporate lawyers, who will know little about public health policy.

The ISDS process negates the Precautionary Principle, which states that, “in cases of serious or irreversible threats to the health of humans or ecosystems, acknowledged scientific uncertainty should not be used as a reason to postpone preventative measures.”

Society’s late response to the harms of lead, tobacco, and asbestos provide good examples of the high cost of waiting for complete certainty within the evidence base before acting to protect health. Under the TPP, problems will clearly arise over emerging concerns where the evidence is beginning to show harm, but is not yet conclusive.

While the TPP will have little impact on trade, it stands to have large impacts on public health.  We should not negotiate an agreement with such impacts without the transparent input of Canada’s best public health minds.

Put it this way: If your grandmother was diagnosed with cancer, would you wish her treatment to be decided by a bevy of corporate lawyers?

If not, then Canada should not ratify the TPP in its current form.

See more
Six ways that we, the Canadian people, will win the next election
B.C. roasts thanks to bad forest policy and climate change

Don't let the TPP Criminalize your Internet Use

These famous Hollywood names are shining a spotlight on TPP censorship