What Mount Polley can tell us about public spending in BC 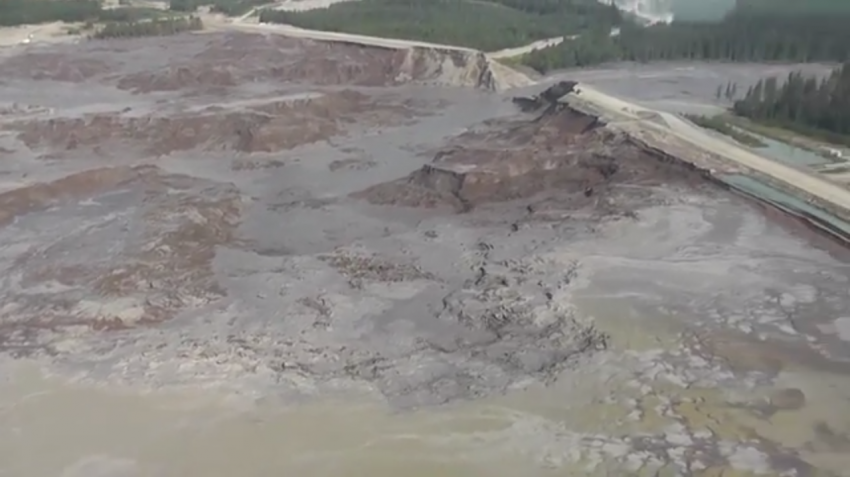 The fallout from Mount Polley is only just beginning. The story will no doubt unfold painfully over time. This is, however, a chance for all of us to reflect on how we first got here in the first place.

At this point, the CEO of Imperial Metals, the company responsible for potentially destroying one of the largest and cleanest watersheds in the world, says you can nearly drink the water. I don't know if this is true, but I do know that he should not be the one telling you it's OK. I don't know that I would put much faith in the Clark government's advice either.

What is needed is a body that is believable and that we can truly hold accountable. In theory, this role is filled by a democratic government, like Clark's BC Liberals. But the role of government has morphed over the years, and the government seems to have limited ability to enforce existing environmental rules. The Ministry of the Environment claims, for instance, that it has issued five warnings to Imperial Metals in recent years, but there are few signs of compliance having ever been enforced for that company.

The government, it would appear, is seen primarily as a facilitator of economic growth, grotesquely conflating profit with well-being of people and their homes.

Growth and well-being, though, are not synonymous. In other words, what makes us well – presumably something along the lines of happiness and health – and what makes the economy grow are two very different things.

Beyond the fact that this disaster is a nightmare for the residents, the workers, and all those who live along the watershed, the Mount Polley tailings breach speaks to a much larger problem: the demonization of public spending.

Public spending is vitally important for the things that increase well-being: health, education, and environmental protection, to name just a few. Over the past few years, various reports warned about the lack of funding toward mining regulation.

When public spending on vital essentials are cut back, it comes with certain risks. Such as poison flowing through your drinking water.

Many more disasters occur in unregulated environmental wastelands like China and India, among other parts of the world. This is primarily what people are concerned about when they raise issues related to Northern Gateway. Economic growth and shareholder profit should not be held as paramount.

For answers, it is helpful to look back at the foundations of modern economics.

Adam Smith was a Scottish philosopher and is viewed as the laureate of capitalist economics; his theories are familiar to all students of economy. While Smith talked a good deal about public spending, of which he was a firm believer, it has mostly been shovelled into the annals of history.

Today, we remember Smith primarily for his comment on the "invisible hand", an idea built on the premise that the economy is guided by this hand and that many benefits are derived from capitalist greed.

But the invisible hand is just a theory about economic growth. It has nothing to say about environmental disasters, which Smith never considered in his writings.

Other externalities, however, which were discussed by Smith and promoted in his work The Wealth of Nations, have likewise been hurt by the full-fledged faith in the market god. While Smith highlights several areas requiring public spending, a good example in the present BC context is that of education. Premier Christy Clark, for instance, does not put her child in public school, likely because she knows that public schools in her province are under-resourced.

This is a direct result of a poverty in public funding. Few would dispute that poor spending affects educational outcomes. Obviously the Premier believes this, since her child is not in a school funded by the public dollar.

There is another alternative. Commit more to spending, and have Imperial Metals and their corporate counterparts pay more in taxes and throw some of that towards education. The argument that companies will take their investment elsewhere due to higher taxes is simply disingenuous. These mining, oil and gas executives who make untold dollars selling our raw materials from BC to offshore economies. They can afford to throw a bit of money at our children who will shoulder the province's future.

If those extra tax dollars had also helped to pay for an additional inspection and enforcement on that tailings pond, that would have been helpful to everyone in the long run. Imperial Metals' stock wouldn't have crashed, and workers would still have jobs. All those skinless fish near the mine would also still be healthy and swimming now. And poisonous heavy metals wouldn't be filtering through the food chain and the ecosystem as we speak.