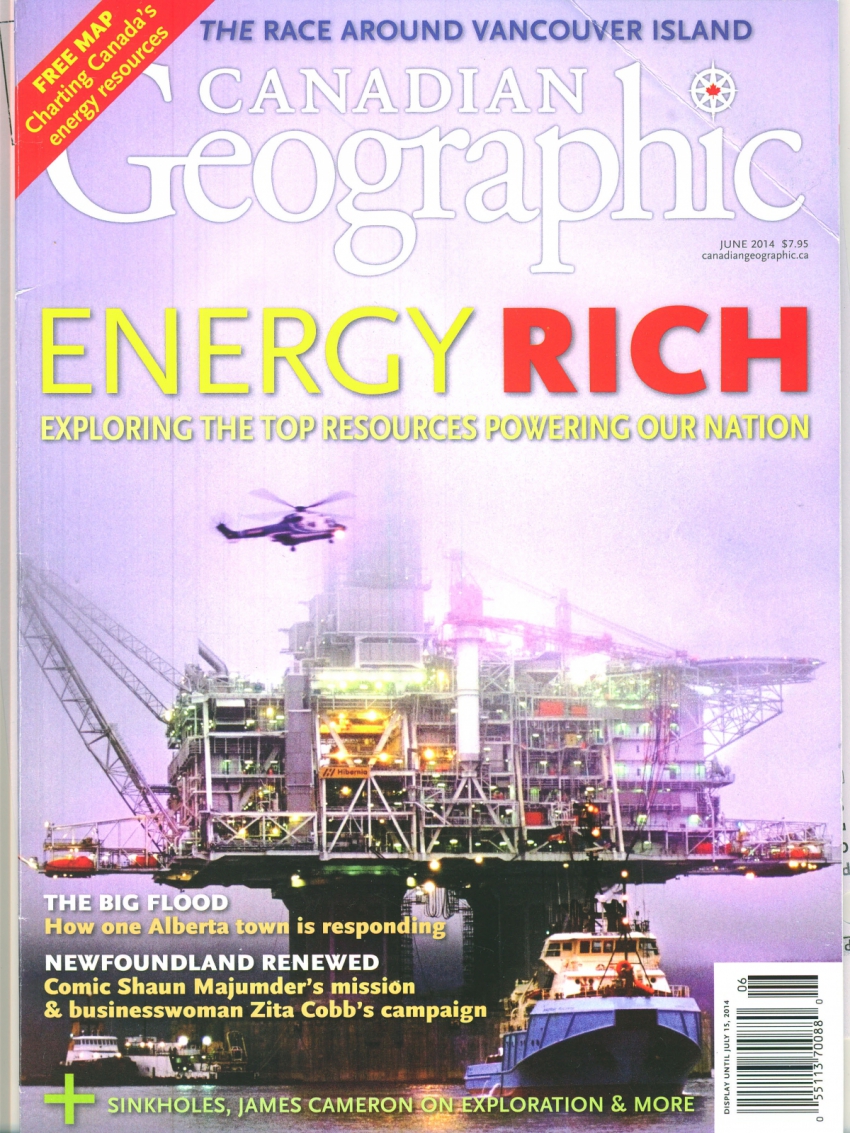 I’m cancelling my subscription to Canadian Geographic, and I’m seriously thinking of turning my back on many years of support for Pollution Probe.

That’s because Canadian Geographic, the flagship publication of the Royal Canadian Geographic Society (RCGS), seems to have furthered its compromising relationship with the oil and gas industry. It already works with the Canadian Association of Petroleum Producers (CAPP) to produce Energy IQ, a curriculum-linked "education resource" to learn about Canada's energy industry.

The June, 2014 oil and gas-soaked issue of the glossy magazine is so slanted towards a positive vision of oil, gas and coal production – as well as a benevolent nod in the direction of uranium – that it seems to have been lifted straight out of a multinational oil corporation’s prospectus to shareholders.

What’s new with this issue, however, is that it is teamed up with a shiny new industry-centric publication from Toronto-based Pollution Probe.

Pollution Probe, long opposed to air pollution, has now decided (like the RCGS), that it’s better to go with oil money than to try and fight it. Its website still says that “the burning of fossil fuels to generate electricity causes major environmental and human health problems”. Yet despite that, it has started up a new division, called EnergyExchange, whose mandate appears to be to greenwash the fossil fuel sector. Its inaugural publication was twinned in the same envelope as Canadian Geographic.

Not surprisingly, both publications are littered with advertisements from Imperial Oil, Suncor, Shell, the Canadian Association of Petroleum Producers, and the pipeline industry (Canadian Energy Pipeline Association). Canadian Geographic, in addition, throws in its usual two or three ads for off-road gas-powered vehicles, with nary a hybrid or electric vehicle among them.

The cover of the June issue features an offshore oil rig, with the title “Energy Rich”, with the word "Rich" in bright red text, with the subtitle: “Exploring the top resources powering our nation”. Sounds like an ad from Stephen Harper’s election campaign slogan.

Throughout the issue, care has been taken everywhere to omit or downplay any sense of negativity towards the industry that is the primary cause of global climate change.

For example on pages 32 and 33, there are maps of High River and Calgary showing the massive extent of flooding last summer. But while noting that Alberta flooding constituted “Canada’s costliest natural disaster”, the text scrupulously avoids mentioning the extreme weather events that climate scientists feel may have caused it.