More than 170,000 people from around the world become citizens in Canada every year after entering the country as immigrants. Meanwhile, because of antiquated legislation, the government denies people born to Canadian parents and those who have lived here half their lives, full rights of citizenship.  This is the first story in a ten-part series about an injustice that may outlive a number of its victims. 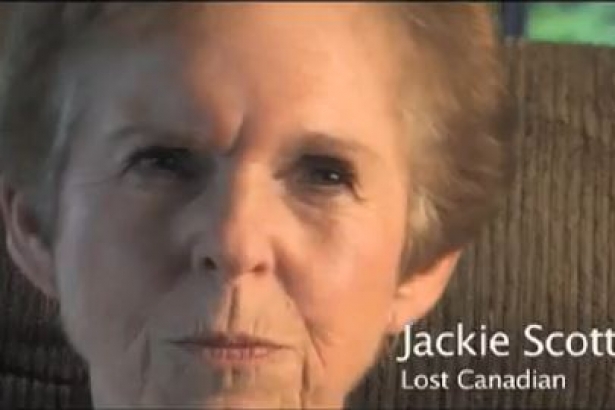 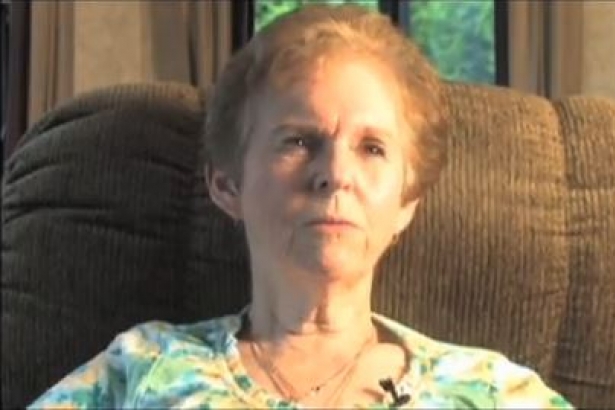 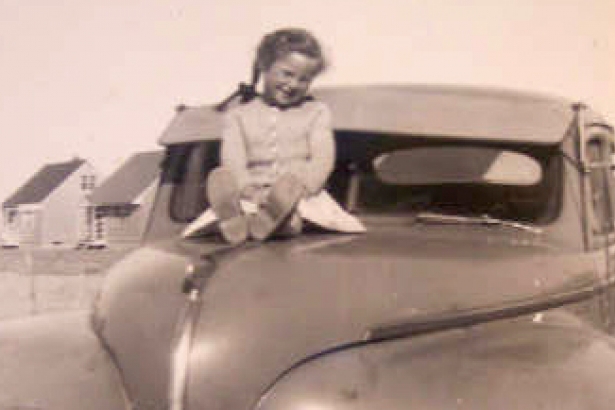 Jackie Scott in a video by Darren Fleet

"Why can't they see I'm Canadian?"

Jackie Scott opened up her father's war record and showed it to a reporter.

Scott, 65, spends six months each year in an R.V. park next to the American border in Surrey, BC. A slight, competent woman with graying red hair and a deeply lined face, Scott has the courteous demeanor of a Canadian.

On her living room table two cups of coffee, a plate of muffins and napkins stood waiting. She sat down by the window and held in her hands a collection of documents: a well-kept photograph of her father as a soldier, her mother's naturalization certificate, letters from the Canadian government, copies of Canada's immigration and citizenship acts and pictures of her Canadian born daughter and grandchildren.

An imposing 20-foot grey wall looking as if it were picked from a West Bank settlement in Israel and placed on 176th street encircles the West and South sides of the park. The symbolism of this situation is hard to ignore. Jackie, daughter of a Canadian soldier and a British-born mother naturalized as a Canadian citizen in 1955, learned she was a ‘visitor’ in Canada in 2005, when after applying for a citizenship card in order to get a passport, she received a letter from the government saying she was not Canadian.

After 9/11, a certain group of Canadians got a rude awakening. When Canadians suddenly needed passports to travel between here and the U.S., Citizenship and Immigration Canada turned their applications for passports and proof of citizenship cards down. It wasn't because they were security threats. Far from it. Most had been contributing members of Canadian society for a large portion of their lives. The majority were the children of love alliances formed during World War II between British women and Canadian soldiers fighting the spread of fascism. And due to an antiquated law regarding the marital status of the applicants' parents at the time of the applicants' birth, people who had fully functioned as Canadian and whose parents had risked everything for their country were denied.

Jason Kenney, Canada's immigration minister, has estimated that possibly hundreds of thousands of people were affected. As this became apparent, the government moved quickly to change the laws, but did not change them all.

“I had the letter in my hand, and was shaking,” Scott said, recalling her first denial. “I felt so embarrassed, because as I read down, the reason for the denial was because I was born out of wedlock…they’re saying I’m a bastard.”

Scott shares a common struggle with countless Canadians of her generation – they were born when ‘legitimacy’ mattered. She is quick to accept that today’s society has a different attitude towards children born out of wedlock, but back then she said, it was a big deal, and as she now is all too aware, could result in a loss of statehood.

“My parents didn’t want me to know the circumstances of my birth. You didn’t share that with anyone,” she said.

It wasn’t until Scott was 17 that she learned the circumstances that brought her into this world. She always new that she was born while her father was stationed in England during the war in 1945, but not of her parent’s unmarried status.