2011 Vancouver municipal election:  The fact that the NPA’s internal poll appeared as a front-page headline on the city’s biggest mainstream paper appears to be concerning to some voters, prompting allegations of a partisan bias in Vancouver Sun comment threads. 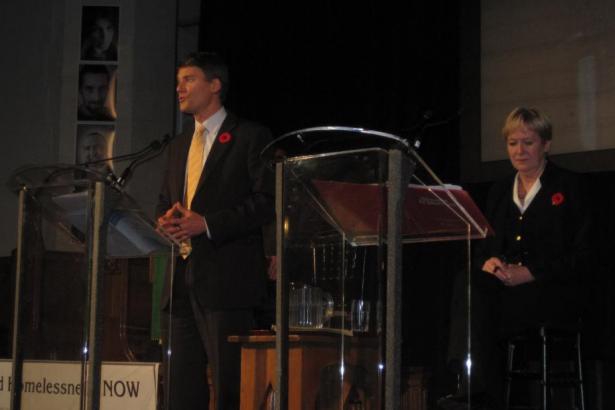 2011 Vancouver municipal election:  New polling information published Friday on the front page of the Vancouver Sun takes at face value the beleagured NPA's claims of a closing gap between Mayor Gregor Robertson and city councillor Suzanne Anton, but Vision's executive director says the party is making a last effort to "pump themselves up."

“They’re trying to pump themselves up and make themselves look like they’re in a stronger position than what they are,” he said.

“It’s a tactic that is used in campaigns and I think that unfortunately the Vancouver Sun bought it hook, line and sinker.”

The internal poll conducted for the Non-Partisan Association (NPA) by Abingdon Research purportedly indicated that 42.8 per cent of decided voters would choose the relatively unknown Anton for mayor, compared with 48.7 per cent who would vote for Vancouver's mayor, the Sun reported. The other 8.5 per cent of voters would choose candidates outside of the two major parties, they said.

In response to the newly published results, Vision Vancouver executive director Ian Baillie argued that voters should be skeptical.

“This is not a poll that is unbiased. It was done by [the NPA], singing their own praises,” Baillie said.

“When parties start releasing their internal polls and convincing reporters to do stories on them, it usually says more about the internal workings of that campaign than anything else.”

Baillie suggested that promoting such polls merely signals an attempt by the NPA to build on their reputation.

Baillie explained that although Vision is conducting polling of its own, its policy is to refrain from publicizing the results.

“This has been our policy for quite some time,” he said.

“It’s for our own strategic decision-making process, and it’s just stuff that we don’t release to the media.”

Occupy: the main factor behind the shift?

According to the Sun article, one of the primary reasons for the shift in voters’ attitudes is the mayor’s handling of the Occupy Vancouver encampment. The polls reportedly revealed that 53 per cent of the general public believes Robertson has done a poor job dealing with the situation, which has now become one of the most dominant election issues.

The article also stated that the poll “was done in early November, before the rising tensions and the overdose death of a woman in the Occupy Vancouver camp,” which Abingdon owner Hamish Marshall said could “further delineate issues for voters.”

While in agreement that Occupy Vancouver has become an important election issue, Baillie stressed that it is not the only issue in this campaign. He also compared Robertson’s strategy to what the NPA has proposed, saying that Anton’s “black-and-white” approach to the tent city simply wouldn’t work.

“Suzanne Anton’s plan would see violence," Baillie said. "She has said that she would send in the cops and clear it away. That sort of language and that sort of incendiary response from the NPA would only turn the Vancouver Art Gallery site into a fight that I think most Vancouverites wouldn’t be proud of.”

By contrast, he said, Robertson’s intention has always been to avoid a violent “showdown”.

“What the mayor has focused on is to make sure that we have a peaceful resolution, and I’m hopeful that people on election day will see that it was the correct path.”

The fact that the NPA’s internal poll appeared as a front-page headline on the city’s biggest mainstream paper appears to be concerning to some voters, prompting allegations of a partisan bias in Vancouver Sun comment threads.

So an internal NPA poll finds that Vision is being hurt by a policy and this is reported as news?
"With just over a week to go in the Vancouver civic election," I guess we know where this corporate newspaper stands.

Even the Sun’s writer, Jeff Lee, commented in his civic affairs blog that reporting on internal polls can be “sketchy business”.

“When a party releases an ‘internal’ poll it signals one of two things: either it’s the real deal and contains good news the party considers can only help them, or it’s a bogus poll actually scripted for public consumption and may not truly represent what’s going on in the campaign,” Lee said in his blog post.