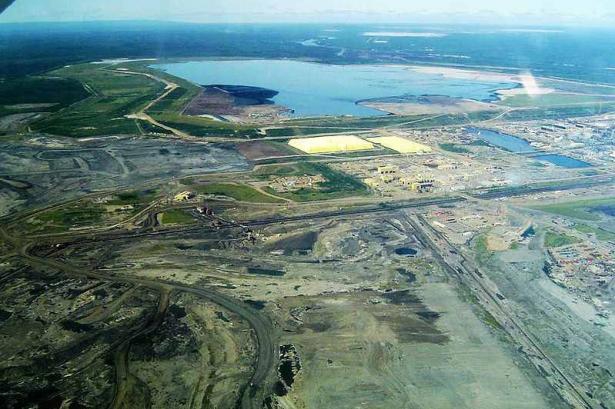 British Prime Minister David Cameron's Conservative government is secretly supporting Canada's efforts to fight off a move by the European Union to have Alberta oilsands oil designated "dirty," according to the Guardian newspaper.

The move is a critical one for Cameron, putting him out of step with the rest of the EU and positioning him on the right of much of the environmental debate now under way worldwide.

OTTAWA -- A British newspaper says the U.K. government has been giving secret support at the very highest levels to Ottawa's campaign against European penalties on its oilsands fuel, prompting environmentalists to call Britain Canada's "partner in crime.''

The Guardian says energy giants Shell and BP, which both have major oilsands projects in Alberta, have been lobbying the government of Prime Minister David Cameron to back Canada's fight against the European proposal.

According to documents released under freedom of information laws, at least 15 high-level meetings and frequent communications have taken place since September between Ottawa and London.

The European proposal is to designate transport fuel from tar sands as resulting in 22 per cent more greenhouse gas emissions than that from conventional fuels, officially labelling Alberta's oilsands fuel as dirtier.

Ahead of the European vote to approve the fuel quality regulations on Friday, British Foreign Secretary William Hague offered support to the Harper government, sending an "immediate action'' cable in September to the U.K. embassies in Canada asking "to communicate our position and seek Canadian views on what might be acceptable.''

The Guardian says the U.K. and Canada's shared opposition to the European plan puts the U.K. in a minority among EU countries and will be deeply embarrassing as a new round of global negotiations on tackling climate change begins in Durban, South Africa on Monday.

The Guardian report is based on documents obtained by the Co-operative -- a U.K. mutual business group that targets tar sands as part of its climate change campaigning.

"It is very disappointing that the U.K. government is supporting Canada's efforts and we hope it has a rethink and puts tackling climate change ahead of Canada's trade interests when it comes to vote on the European commission's commonsense proposal,'' Colin Baines, toxic fuels campaign manager at the Co-operative told the Guardian.

Bill McKibben, a U.S. environmentalist who was arrested in August protesting against TransCanada's proposed Keystone XL pipeline, said the U.K. seems to have emerged as "Canada's partner in crime.''

"This will be among the biggest single environmental decisions the Cameron government makes,'' he said.