The NDP leadership race comes to a head this weekend. Saturday's convention will see successive voting rounds, increasing the odds of a surprise last-minute choice. The Vancouver Observer spoke with Brian Topp, one of late leader Jack Layton's closest confidantes and the backroom architect behind the most successful NDP campaign in history. Despite hitting the campaign ground soonest after Layton's death last year, and securing endorsements from top party gurus like former leader Ed Broadbent, Topp's hopes have been increasingly called into question by some -- others see him as the only hope to take on Thomas Mulcair. 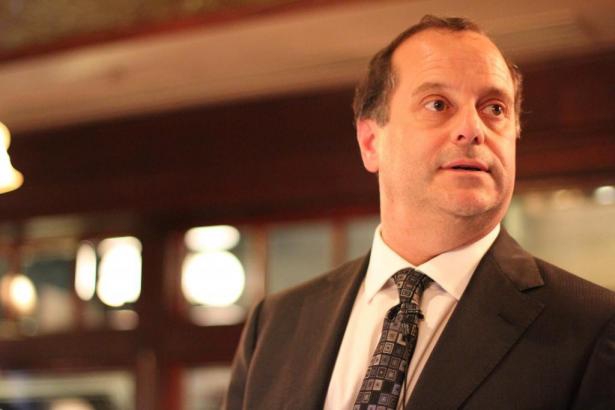 THE VANCOUVER OBSERVER: As you hit the home stretch leading up to the Saturday vote, how are you feeling?

BRIAN TOPP: I'm feeling eager to know the results. I'm actually feeling a little rueful it's over – it's been kinda fun! I'm looking forward to getting on with the real work of taking on the Harper government and building an alternative.

VO: What will the last few days look like?

BT: It'll be an interesting convention – there's still tens thousands who haven't voted yet. It's about getting ready for my big speech tomorrow, it's about talking to lots of people, it's about our phone banks since Christmas. All the work of a national leadership campaign goes right through to the last hour.

VO: How will you prepare yourself for the convention vote?

BT: Carefully. I've spent this afternoon with some of my colleagues in the campaign, going through the draft (of tomorrow's speech), rehearsing with a teleprompter and in printed form in case the teleprompter breaks. Tomorrow is the last chance to talk to full membership and put the case for my campaign to them.

VO: What is the funniest or most bizarre campaign moment so far?

BT: I discovered an important thing about a seven-month campaign, which is a very long campaign in politics: the secret to success is to never stay in a hotel. There's something about sitting alone in your room, staring at an uneaten club sandwich – it's soul-destroying. I've been couch-surfing and guest room surfing across Canada. It's been a lot of fun: lovely dinners, glasses of wine, breakfast with new and old friends. It builds, rather than drains, your energy. It's part of why I found this a lot of fun.

VO: The leadership race has gotten a little vicious of late. How will you restore party unity after the vote?
BT: We're having a civil but important debate. We're having an important debate about what direction our party should go in. Our members need to hear debate on the fundamentals, to make their decision about our leadership. But when the vote is over, it's over. Members have made their choice after hearing a detailed debate about the issues. It falls to all of us to work together as a team. What's new is we have a real shot at being the next government of Canada – we must not blow that.

VO: Thomas Mulcair has criticized your campaign and others as representing the old-style "boilerplate" of the party. How do you respond to that? What would you say to party members who have said they would be disillusioned with the NDP's direction if Mulcair wins?

BT: Speaking in general terms, the party's principles and values are not “boilerplate.” I don't think the NDP is a big problem with Canada. With the Conservatives and Liberals, the old thinking we see at work is what they've done in office – (accepting) that an unfair tax system, and that inequality, is okay. New thinking is coming from our party. I say this with the greatest respect for Tom: the party doesn't need to be instructed by him on how to frame our campaigns. We ran on same platform in Quebec as in the rest of the country. Jack Layton gave the same speeches in Quebec (as he did in the rest of Canada). If you look at the results, the party's become increasingly successful at communicating to the mainstream in Canadian politics.

VO: You don't have a seat in the House of Commons. What about some commentators' fears that it will be difficult for you to become known to Canadians, if you have to wait some time until Harper calls a by-election to give you a seat? What's your plan?
BT: I don't have a seat – but Jack Layton didn't have a seat, and (former leader) Alexa McDonough and (NDP founder) and Tommy Douglas didn't have seat. There's nothing unusual in our history to electing a leader without a seat. As all my predecessors did, assuming I'm elected, my intention is to get into the House as quickly as I can.

VO: With recent Conservative attack ads on (interim Liberal leader) Bob Rae, it's been reported that the NDP will be heavily promoting whoever's elected with ads. When will that happen?

BT: I'm aware in general terms that the party has those plans – they're waiting to find out the winner before giving them the briefing.

VO: What will you do after the convention? What will Sunday look like?

BT: It depends on the outcome. If elected leader, Sunday will be the beginning of a three-year campaign. There's a good deal of work to do. The party has planned events for newly elected leader, and we have to delicately and carefully work quickly to knit together our party after this seven-month campaign. It will take careful conversations with the other candidates so we all come together again. Then we prepare for the Conservatives' budget, which is only days away. Then we get down to the rest of our work, taking on the Harper agenda.

Most Canadians are not following details of what's going on – we need to get off Parliament Hill and carry our work to the community.

On Saturday, the remaining voters will vote in run-off voting rounds throughout the day online. In this system, even second-tier campaigns can get a last-minute boost based on voters' second choices, so Saturday is sure to be exhilarating - and possibly even surprising for the New Democrats.

Stay tuned for to The Vancouver Observer for more from the NDP leadership hopefuls.

NDP hopeful Paul Dewar shares his vision for a progressive future... and improving his French

Why I came to Canada