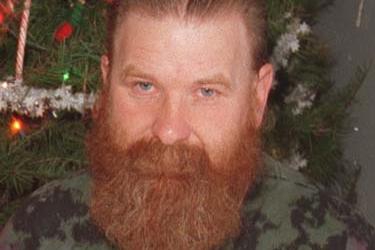 Robert Pickton's brother, Dave, co-owned his Port Coquitlam property and lived there during the years of missing women. But families ask why he has never been called to testify at his brother's trial or this inquiry.

The Missing Women Commission of Inquiry -- in its final weeks of investigating why police did not catch serial killer Robert Pickton sooner -- has never responded to a request for 20 witnesses by families of Pickton's victims, the Vancouver Observer has learned.

Internal documents obtained by the Vancouver Observer – submitted, with no response yet, on Dec. 23, 2011 – reveal that the families' requests included a sex worker who says she fought off Pickton before getting in his car, Pickton's brother Dave, and a Coquitlam RCMP worker who claims she saw the serial killer with murder victim Dawn Crey before her death.

In light of Commissioner Wally Oppal announcing his last call for witness submissions tomorrow -- leaving only nine hearing days left for them all -- Pickton victims' families believe their requests have simply fallen on deaf ears all along.

The only witness on the list who was shown any interest by the commission is Bill Hiscox, a former Pickton employee who suspected his boss was behind the missing women cases and practically begged police to let him go undercover. But his attempt to testify on the stand were rebuffed, and he was only allowed to make an affidavit statement.

Former Downtown Eastside street nurse Bonnie Fournier – who will be featured in an upcoming Vancouver Observer interview – has similarly failed in her attempts to testify. Fournier claimed to have seen a vehicle she believes was Pickton's dragging a sex worker by her hair after she refused to get in the car.

“The witnesses we hereby propose should be added to the list are primarily non-police witnesses, whose evidence may complement or contradict the anticipated evidence from police witnesses,” stated the Dec. 23, 2011 document, submitted to the commission by Cameron Ward, lawyer for more than 20 families of missing women. “We submit that if this Commission is to properly achieve its mandate it must hear all sides of the 'story,' not merely the police version.

With testimony from evidence specialists at Pickton's earlier trial that roughly half the 80 DNA profiles found on Pickton's property were male, not female -- and police failing to investigate earlier reports that a Hells Angels associate was killed and buried on the farm -- the refusal to allow key witnesses raises questions for many families.

The witnesses in the document include:

Bill Hiscox
The former Pickton employee – who told his story to the Vancouver Observer in an earlier exclusive in-depth interview – was likely the first person to go to police with detailed information about Pickton as a missing women suspect. On July 27, 1998, a full four years before Pickton's arrest in an unrelated gun warrant search, Hiscox offered police tips on his employer Robert Pickton's address, hair colour, height, age and build.