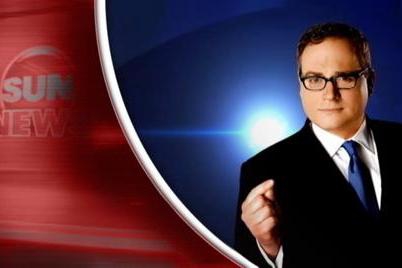 Newspaper columnist and Sun News Network host Ezra Levant apparently remains the Chairman of EthicalOil.org, the country's leading pro-oilsands group, but the former tobacco lobbyist would not reveal his organization's donors or other members of its board of directors – or acknowledge his own position there.

Emphasizing his volunteerism at EthicalOil.org, Levant would not verify his leading role or duties in a group he regularly discusses and supports in Canada's news media.

“My role with EthicalOil.org has always been as an uncompensated part-time volunteer,” he told the Vancouver Observer. “My only employer is the Sun.”

However, last September, he revealed his leading position in a Sun News Network column: “I am the volunteer chairman of EthicalOil.org.” When the Vancouver Observer attempted to verify his continued role, and requested information on the group's funders and its board of directors, the Ethical Oil author turned the question around.

“Say, I'm curious: do you receive money from any charity?” he asked during an ongoing email exchange.

When asked about the increasingly polarized nature of Canadian politics, Levant replied: "I'm all for a healthy debate in politics (subject to applicable elections laws). That's one of the key differences between Canada as an ethical oil producer, and conflict oil dictatorships where criticism is outlawed."

The Vancouver Observer also asked whether EthicalOil.org receives money from Vancouver's Fraser Institute or the Koch family – US oil billionaires with a sizeable stake in the Alberta oilsands – whom VO revealed pumped at least $500,000 into the Fraser Institute, ostensibly for its international work.

“EthicalOil.org voluntarily chooses not to accept foreign money, in order to preserve some moral authority when fighting for Canadian interests, against ENGOs (environmental non-government organizations) that are funded by foreign interests,” Levant said, adding that he is not against all foreign funding for groups. “But that is a discretionary choice made for credibility.

“As for EthicalOil.org itself, as you know they accept donations via PayPal and cheque, but only from Canadians. Their policy is not to disclose the identity of particular donors, but obviously Koch would fall under the foreign exclusion rule.”

Levant – who won the National Business Book Award last year for his book arguing that Canada's oilsands offer the most ethical petroleum in the world – himself worked at the Fraser Institute in 1995, after completing an internship with the Charles G. Koch Foundation in the US.