At a meeting last week of the Canadian Oil and Gas Export Summit in Vancouver, the U.S. Chamber of Commerce sent a representative to huddle with industry. Here's a look at how the Republican Party is extending its influence into Canada.

This is the first of a special three-part series on what was said and heard at the Summit. 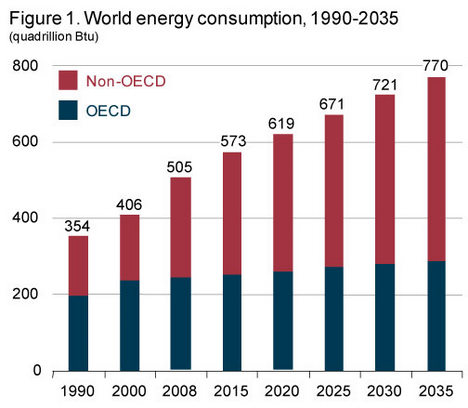 In his view, North America is uniquely positioned to make substantial profits through offshore drilling and oil exploration. His line of thought: as developing countries rapidly industrialize, so does their demand for energy. Enter Canada, with its political stability and rich oil and gas resources.

He pointed to a screen showing a statement of "profound disappointment" from Prime Minister Stephen Harper after the U.S. rejection of the controversial Keystone XL pipeline.

"We Yanks have a reputation for being a little brash," he said, "but at least you know where we stand. You have these statements, which I understand are pretty big statements coming out of Ottawa – but from an American policy standpoint, it's like...'profound disappointment'?

"Is that the best the Prime Minister can do? He must not be very upset. If it was the other way around you would have people talking about invading Canada. I say this only to make a point that it is difficult when our friends to the north don't necessarily play as directly as we do.”

Renewable energy – not an option?

What importance will renewable energy have in supplying the global demand for energy? Not much, according to Guith. He insisted that renewable energy such as wind and solar won't become mainstream for several reasons: for one, renewable energy is not competitive with oil in his view.

"Renewables are tied directly to federal subsidies – it's not competitive," he argued. "Wind is closer than other forms of renewable energy, but no one expects to see offshore investment happen. The margin is too far out for any sort of investment."

Secondly, he said, even renewable energy projects tend to be stalled due to the BANANA syndrome ( "Build Absolutely Nothing Anywhere Near Anyone," described as "NIMBY on steroids").