Everything you need to know about budget Bill C-38 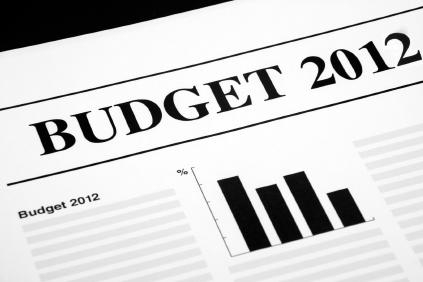 The 450-page Budget Bill C-38 will make sweeping changes to over four dozen policy areas from rules for charities to revamping the Environmental Assessment Act. Image from CPJ.ca.

Since Bill C-38 was announced on March 29, it has drawn criticism across the board from politicians, policy analysts and academics to former Progressive Conservative ministers. The 450-page legislation will make sweeping changes to over four dozen policy areas stretching from rules for charities to revamping the Environmental Assessment Act.

When presented to the House of Commons in mid June, it met with fierce opposition from Liberal and New Democratic MPs. Their main complaint was that the bill proposes over 70 changes, adds to or eliminates existing laws with little chance for debate or discussion from the House of Commons, and by extension Canadian citizens.

The federal Green Party's Elizabeth May asked for restraints on what her party called "Frankenstein bills" like C-38 which, she said, cover too many unrelated areas.

Some of the areas covered in the bill are changes to the National Pipeline Act and the Fisheries Act. MPs and Canadians opposed to the bill call C-38 an attempt to pass major policy changes under the guise of a budget bill.

While opposition MPs railed against the bill, Conservatives were undeterred as they sat in the House. With a slim Conservative majority, there was no doubt it would pass.

Opposition House leader Peter Van Loon said C-38 will "create jobs" in the "short-and-long term," and said it is "important for economic growth in the country." He dismissed the opposition as "attempts to oppose the bill many times over" not to make meaningful changes.

On June 12, the MPs went through a marathon vote on over 800 opposition party members' amendments which lasted 24 hours. The bill was passed in the House on June 18.

The majority of the criticism was directed at two major areas: the overhauls to Environmental Assessment laws and proposed changes to the Fisheries Act.

Almost half the bill is directed toward amendments on environmental assessment that would supposedly allow faster decision-making on resource projects like oil sands pipelines and new mines, while maintaining environmental standards.

It reduces the number of federal environmental assessments, giving the job to the provinces, while the federal government would manage cases to do with migratory birds, fish and other aquatic species.

Green Party Leader Elizabeth May has been leading the charge against the bill, particularly in the area of environmental assessment, saying the changes will only create more problems. When the bill was presented last week, she had over 300 amendments.

"When you get to the content of this legislation, it needs changing," May said on CBC's Power and Politics on June 11. "When I look at the Environmental Assessment Act, as they've rewritten it, for example, it's going to make greater uncertainty, more economic damage, more conflict, and more delay than they are now anticipating."

Changes to the federal Fisheries Act repeals laws that makes it illegal to destroy fish habitats unless it is part of a commercial, recreational or aboriginal fishery.

These include weakening habitat protection, and pollution prevention, which prohibits harm to fish habitats, and the deposit of hazardous substances into waters "frequented by fish."

Critics like marine biologist Jeff Hutchings at Dalhousie University said singling out commerical fish from other fish species will upset a delicate ecosystem where species are effected by each other. He added that 80 per cent of freshwater fish would be excluded in the amendment, threatening 70 freshwater species.

Tom Siddon, former federal minister of fisheries and oceans during the Mulroney era, said it is the government's "covert attempt to gut the Fisheries Act to move major economic projects through the approval process."

But Van Loon said the changes refocus in areas that will result in better management of fish habitats. He said it will eliminate unneccessary legislation that make it difficult, and slow, to pass projects at the national level or on private properties like cottages.

The remainder of the vast changes to the Canadian policy landscape include: