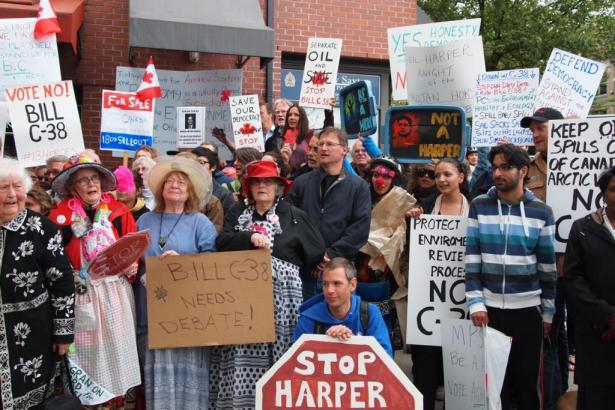 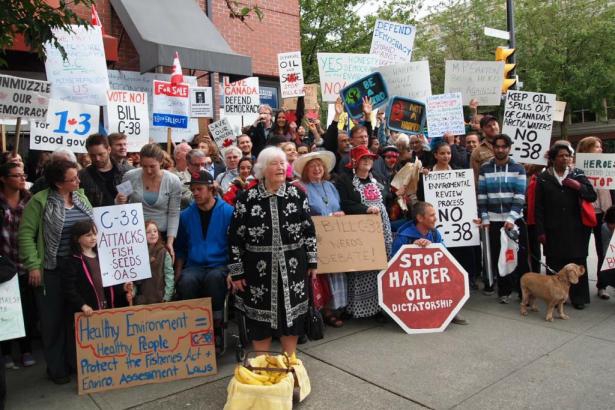 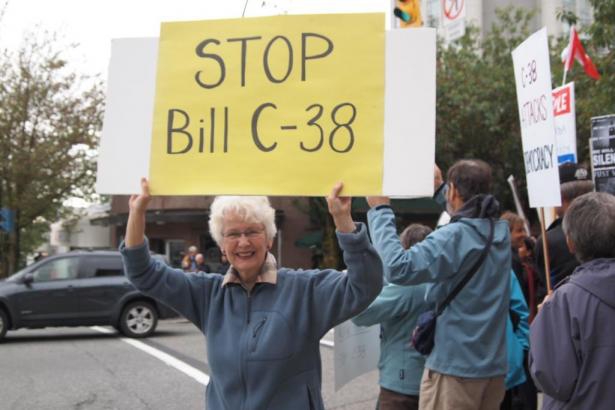 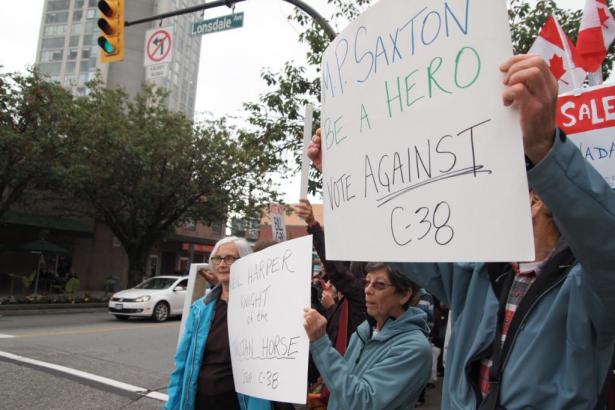 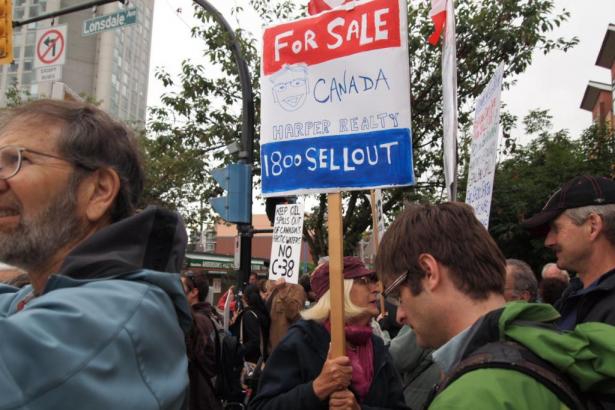 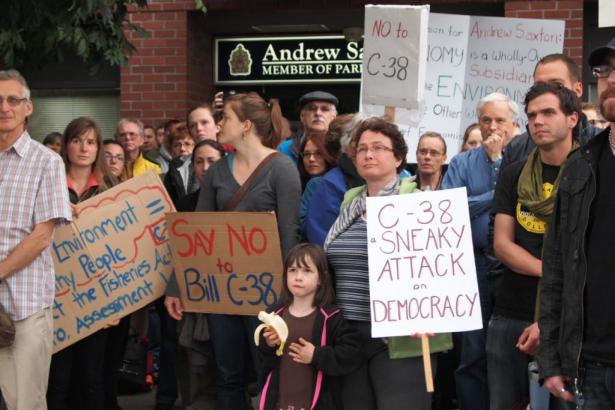 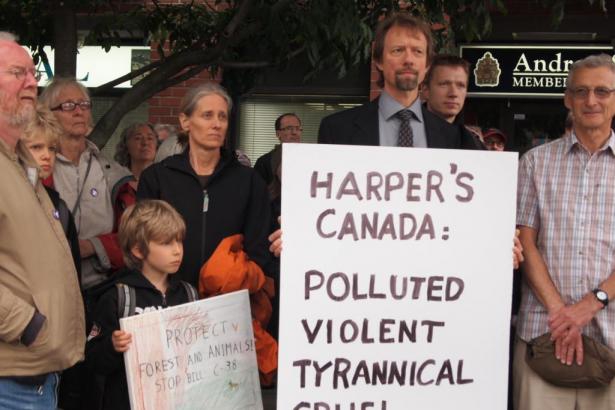 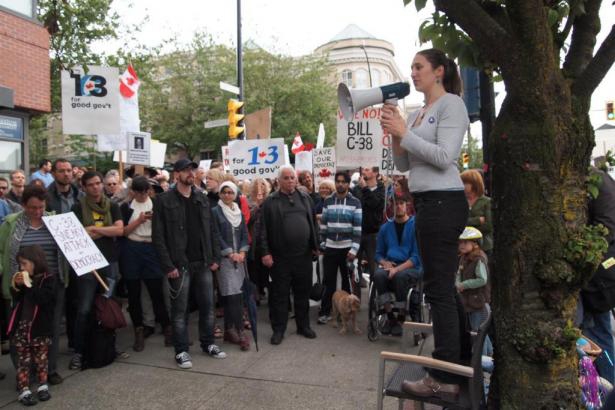 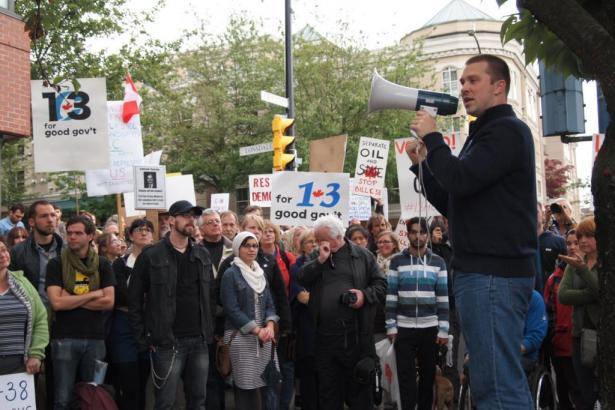 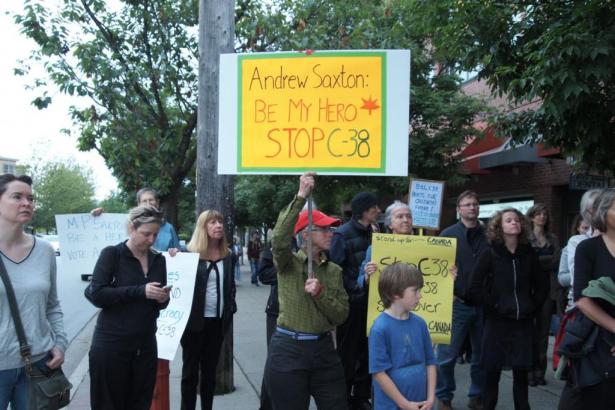 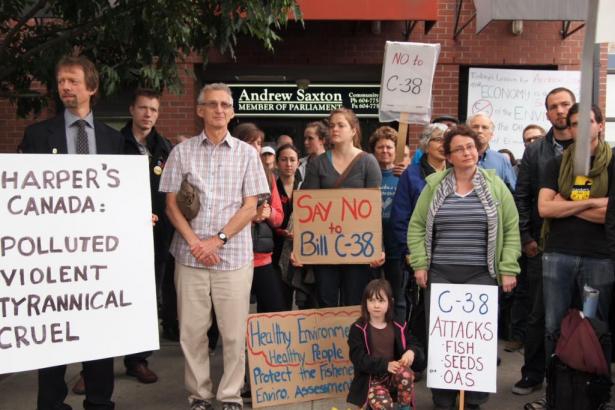 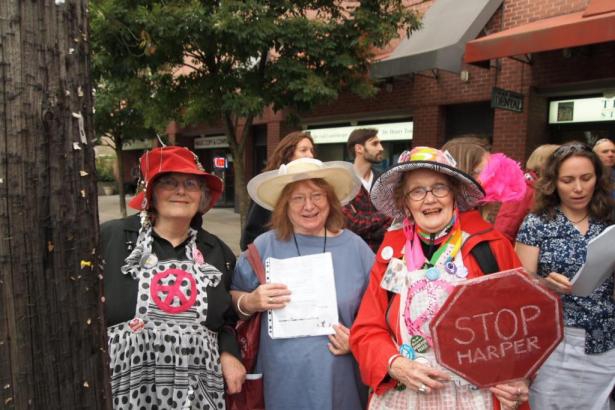 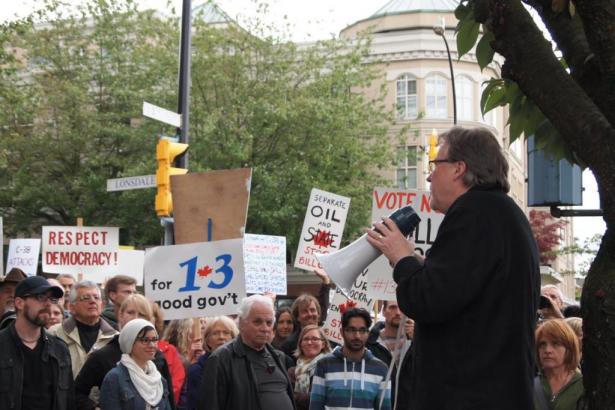 On Wednesday, about a hundred locals gathered to protest Budget Bill C-38 as part of the "13 heroes action" protest organized by Leadnow, an independent advocacy organization.

The campaign's name derives from the fact that "13" is the precise number of Conservative MPs needed to stop Bill C-38, expected to take a final vote in the House of Commons on Monday, June 18. 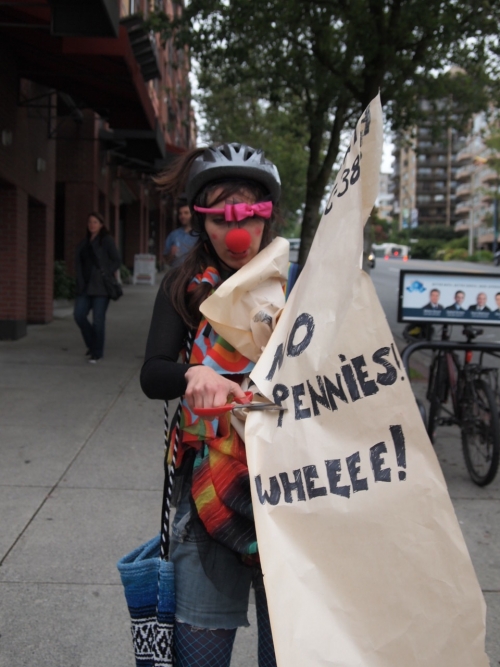 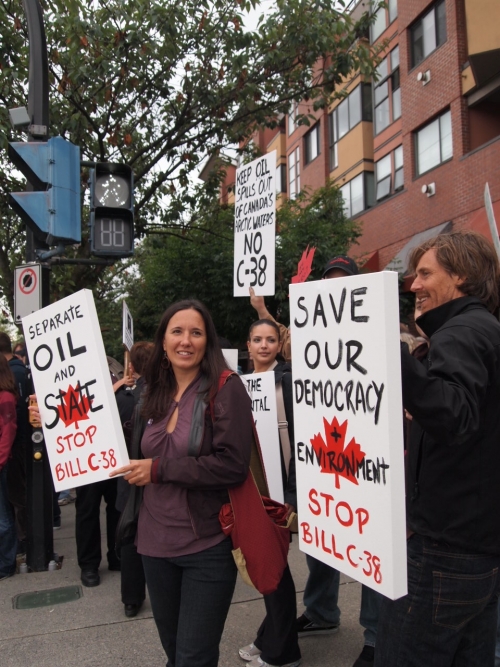