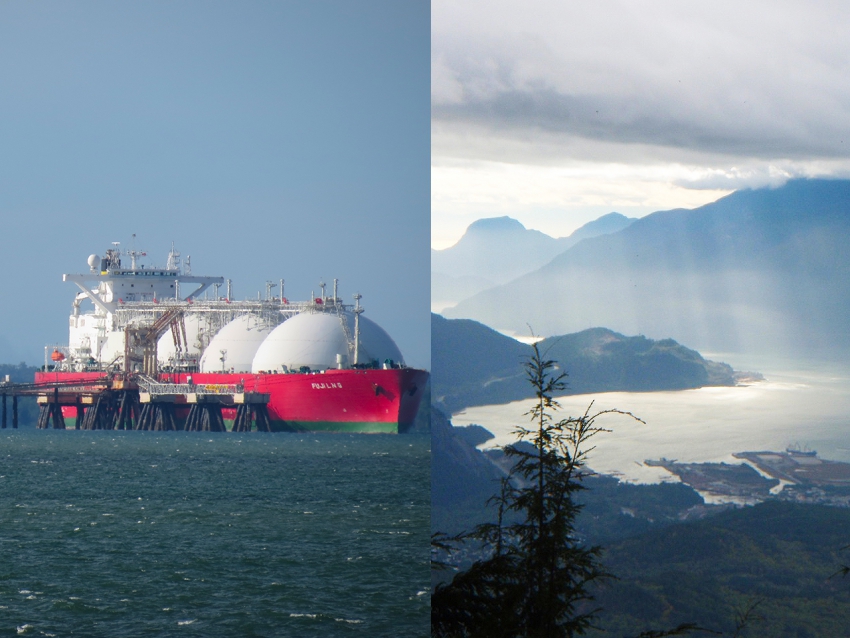 Imagine: you've just come off a surprise election victory after promising voters a $100 billion 'Prosperity Fund' courtesy of royalties and taxes from an industry that doesn't yet exist in B.C. and based on tax rates that still haven't been set.

The next election is in 2017. You suspect that voters might want to see a little something for all the hype before then, so what to do?

Well, take one of the proposed projects and slam the pedal-to-the-metal. And by all accounts that project is the proposed Woodfibre LNG plant in Squamish.

First step in the sprint to the finish line: demonstrate your commitment to the industry by clearing the path of anything that proponents might see as needless red tape.

Streamline provincial environmental assessments by bringing about an agreement between B.C.’s Environmental Assessment Office and the province's Oil and Gas Commission to reduce duplication between the two offices for LNG projects and shorten assessment timelines.

Next up: bump the feds out of the picture by requesting a substitution of the B.C. environmental process on the Woodfibre project over the possibility of a second federal assessment as well.

Then minimize the chance for any substantive public input on that request by seeking it over the Christmas holidays.

The Canadian Environmental Assessment Agency issued its announcement regarding B.C.'s application on December 17, 2013. The public was given until January 6 to comment. Big surprise, the feds acquiesced to B.C.'s request two months later.

But why Woodfibre? Well, they were fast off the mark.

Back in January 2013, when the LNG industry was just a glimmer in the eyes of the B.C. government, Woodfibre LNG Ltd. signed a purchase agreement with Western Forest Products to acquire its Woodfibre site at an estimated price of $17 million.

As might be expected of any company in the forestry industry, Western Forest Products is a faithful contributor to the B.C. Liberals. Since 2005, it has donated $289,070 to the party. Never gigantic contributions at any one time – most years their tithe was less than $20,000 – except for four of those years.

Coincidentally – as a condition of the sale to Woodfibre LNG – Western Forest Products needs to remediate the site and obtain a certificate of compliance from B.C.'s Environment ministry. No certificate and the estimated $17 million sale risks falling apart.

And therein lies the problem. With all the other full steam ahead decisions that have been made on the file, there will be some who may suspect – no matter how hard the government protests otherwise – that the donations from Western Forest Products were not coincidental.

Particularly when their largesse is so tilted towards the governing party and only shifts with the polls. From 2012 to 2013, Western Forest Products gave $24,300 to the NDP.

While Mines minister Bill Bennett has argued that: "It's really insulting for anybody to suggest that because we take donations from a group of corporations like the mining industry that we're going to cut them a break," others will beg to differ.

In an August column in The Tyee – Think Political Donations Are Benign? – former Times Colonist editorial writer Paul Willcocks notes that “research has found 90 per cent of Canadians think people with money have a lot of influence over government.”

Instead of its pedal-to-the-metal approach on Woodfibre, perhaps the government should have heeded the advice of Selina Lee-Andersen, a lawyer at McCarthy Tetrault, who last November wrote: “Given the myriad issues involved in getting an LNG project off the ground, the race to export LNG will need to be run as more of a marathon than a sprint to the finish line.”