Transformation of U.S. marijuana regulations will be felt by Vancouver pot markets. 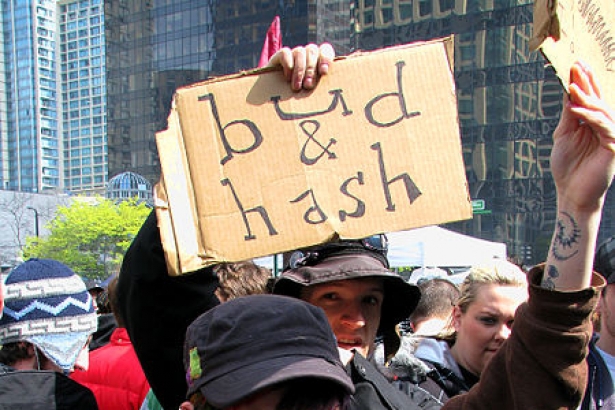 Vancouver 420 attendee selling marijuana in front of the Art Gallery

As far as I can tell, the two pillars of Vancouver commerce are real estate and pot.  But now disruptive forces are at work in the US to transform the pot industry and BC will feel the impact.   Marijuana is now legal (for medical purposes) in 18 states and investors are taking notice.   According to BI:

The business case for funding the cannabis industry rests on two things. The first is its scale. Many of the novel ideas Mr Kennedy appraised during his job in Silicon Valley, from electric cars (Fisker and Tesla) to daily coupons (Groupon), had potentially large markets. Marijuana is already an established business. After six months of research and interviews with growers, dispensaries, trade publications and political organisations, Mr Kennedy believes the American market to be worth $50 billion.