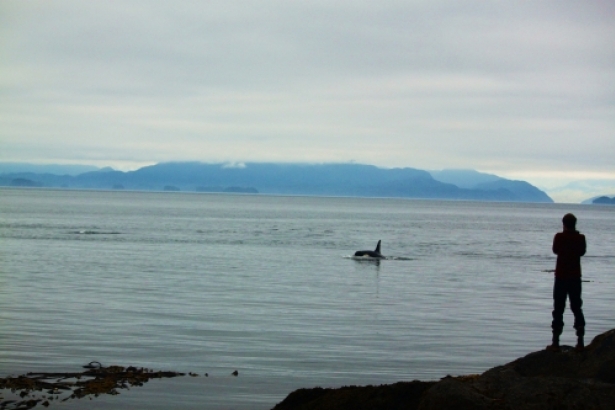 “Super Natural” British Columbia is a magical place. Ten thousand years ago, people, plants and animals filled in behind retreating glaciers to create a generous land. The ocean lavishly fertilized colossal trees with tremendous salmon runs that penetrated deep into the continent through vast river systems. Wolves, eagles and bears feasted on salmon and carried ocean nutrients into the forest. The forests brought soil up to mountain ridges, nurse log by nurse log. The first people in BC told legends about how the Creator made them in the very place where they live today. In story, salmon and other creatures took human form and intermarried, commanding familial respect. These practices sustained an unparalleled natural abundance, and high cultures evolved. 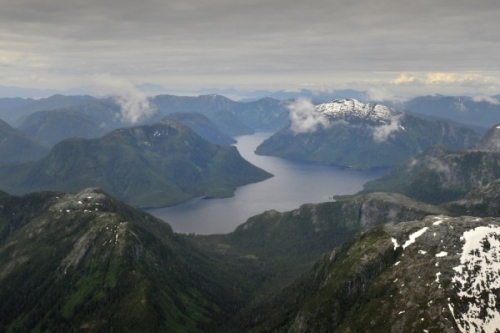 This magical scene isn’t far away and ancient. It is BC. It is now. Unlike almost anywhere else on Earth, the same people, plants and animals that created an ecosystem together still live in that place. Ask the Haida, the Haisla, the Git’gat, the Wet’suwet’an or any of the other 130 First Nations who signed a declaration stating that their land must be protected from the reach of industry that has finally reached the most remote mountains and the most inhospitable seas. Go see for yourself the very places where myths gave birth to culture: Rose Spit, Hartley Bay, the Kitelope. You might see the white spirit bear, a salmon jumping six meters, and islets piled up with sea lions. Our respectful presence is welcome. The magic of these places, so rare in on Earth, is ours. 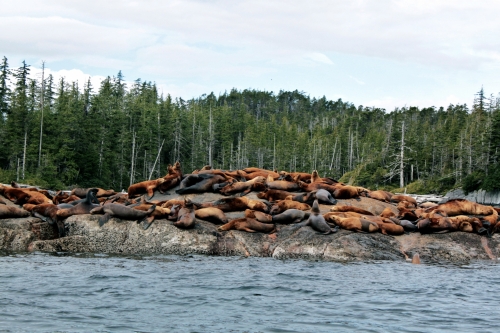 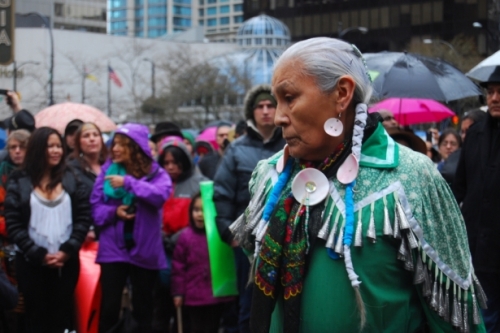 Alberta aches with distension from land-locked oil supplies. Asia ravenously awaits cheap fossil fuels to raise its standard of living. Enbridge stands ready to build the Northern Gateway pipeline which would solve the problem by delivering bitumen to the coast where supertankers could load it for Asian markets. The federal government promises jobs and growth from pipeline projects and freed up bitumen reserves. People need the jobs. 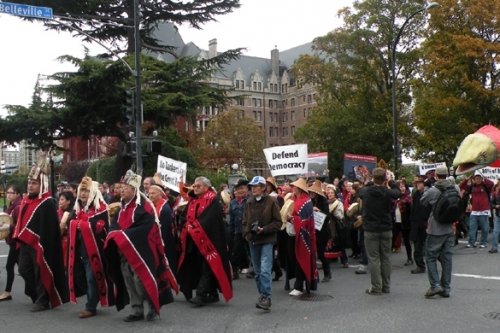 Reasons to oppose the pipeline exist, but Canada’s democratic values seem well suited to public discussion toward a shared solution. A federal website beautifully encapsulates Canadian democracy. Our democratic tradition underpins our prosperity. Our participatory government promotes stability. Our democratic culture encourages the expression of diverse views by offering its members the opportunities and resources to participate in civic discourse. Our economic and security interests are served by the widest possible respect for the environment, human rights, participatory government, free markets and the rule of law.

Yet the federal government’s conduct regarding the Northern Gateway proposal muddies this portrait of shared Canadian values. Members of cabinet tried to intimidate opponents of the pipeline by calling them “radicals” and “terrorists” just days before the public hearings on the pipeline commenced. The Harper government limited media access to government scientists rather than share the best available information, and then it defunded them. It accused environmental charities of disloyalty to Canada for accepting a small portion of their funds from US environmental foundations, although Canada’s laws allow such donations and the pipeline would have international impact.

The federal government’s practices raise a spectre that it values some Canadian interests more than others, even more than Canada’s participatory traditions. Pushed to the shadows are unceded First Nation territorial rights, a province’s fierce love for a certain fish and a magical coastline and, last but not least, climate change. Evidence of electoral fraud by the Conservative party and resentment of McCarthy-esque intimidation deepen the divide between the federal government and Canadian patriots who feel acutely responsible for their democracy, Canada’s future prosperity and the world their children will inherit. 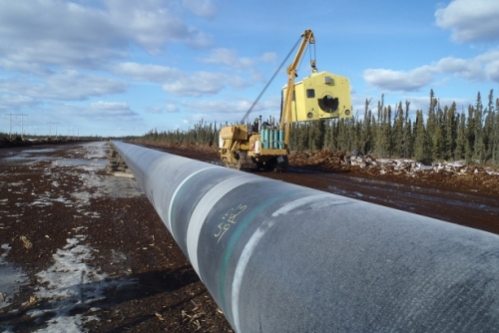 The proposed Northern Gateway pipeline would run 1,177 miles from Bruderheim, Alberta, near Edmonton, and across the Canadian Rockies to Kitimat, BC. Two side by side pipelines would carry diluted bitumen westward and a natural gas condensate, used to dilute the asphalt-like bitumen, eastward.

Enbridge’s project application states the Northern Gateway would carry 535 thousand barrels of bitumen per day. It could carry as much as 850 thousand barrels per day if pumping stations were added. Adding capacity does not trigger regulatory review. Many pipelines through BC will be necessary to meet the oil industry’s stated expansion goals for Alberta’s oil patch.

In Kitimat, the bitumen would be loaded onto Very Large Crude Carriers (VLCCs) and carried to Asian ports. The VLCCs would pass through the fourth most dangerous seas in the world. The Exxon Valdez, the Queen of the North and the World War Two US warship M.S. Zalinski attest to human fallibility and the marine dangers of the north coast. Their oily legacies persist to this day.

The Vancouver Observer covered the Enbridge debate with spirit and devotion. It published stories that never appeared in the big papers, went deep into First Nation and community perspectives and reflected the fact that a pipeline debate that excludes climate science is not the true debate. Evidence based discourse ought to win the day. That is why the Vancouver Observer exists.

What would Enbridge pipeline hearings be like if we heard the truth?