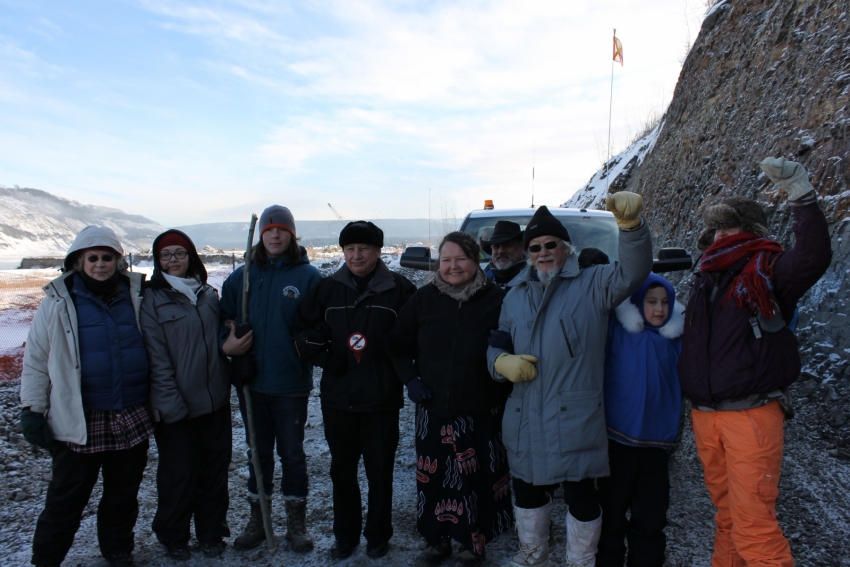 Members of Treaty 8 and their supporters have drawn a line in the snow at the historic Rocky Mountain Fort to stop ongoing clearing for the $8.8 billion Site C Dam.

The Rocky Mountain Fort, first established in 1793 as a fur trading post, marks the site of some of the first interactions between First Nations people and European settlers in the Peace Region.

“This fort was the initial relationship place, but I think there is so much significance down this whole valley,” said Helen Knott, who has been camped out at the Fort in shifts since New Years Eve.

The Rocky Mountain Fort is just one of the 42 heritage sites listed by the environmental impact statement for Site C that would be affected by the dam. Now home to new occupants, the Fort represents a new relationship as members of Treaty 8 stand with non-First Nations supporters in an effort to protect the culturally and historically significant sites that would be flooded by the 107 km-long Site C reservoir.

Construction and clearing for the Site C project began in August 2015 and has continued despite ongoing court cases raised by Treaty 8. The Supreme Court rejected the West Moberly First Nations and Prophet River First Nation request for an injunction to halt construction back in late August.

Since then, construction and clearing has continued largely unchallenged until November, when the first protester was arrested for obstructing traffic to the construction site. 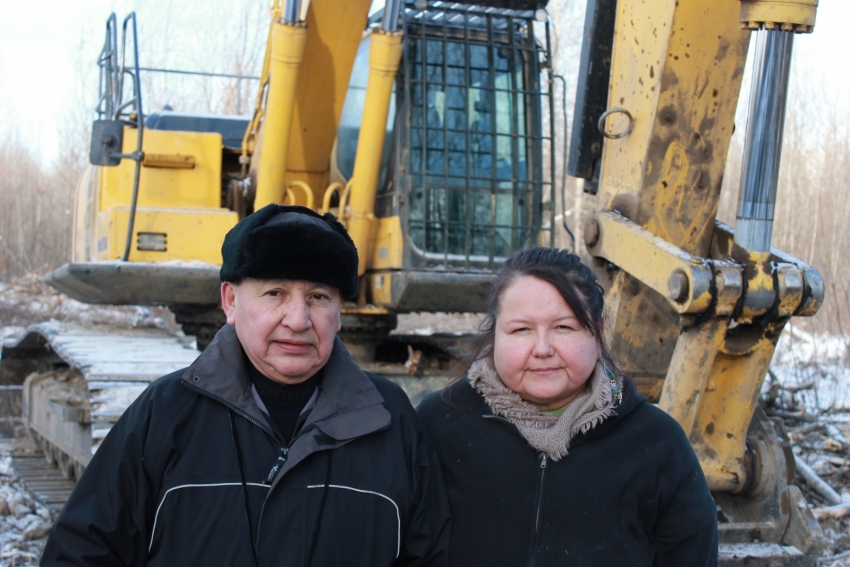 All three protesters were charged with mischief. One of them was seed farmer and past Peace River Regional District Director Arthur Hadland. Moments before his arrest Hadland expressed, “If you don’t stand for something you’ll fall for anything.”

The Rocky Mountain site is largely isolated. Cold winter conditions make it difficult for boats to access the site, so the only way for supporters to access the fort is via a three-plus hour drive from Fort St. John down unmaintained back roads or by helicopter.

When questioned on the challenges of living at the camp Yvonne Tupper explained, “actually its natural, it’s really weird to say but I think I was groomed with the life I lead, the challenges that I faced as an indigenous woman, the guidance of my family, friends, relatives, my work, it has all really prepared me to be a humanitarian to stick up for human rights and learn about civil liberties and laws.”

Tupper said that “there’s a lot more than just me standing here” referencing her culture and historical ties to the valley, as well as the interconnectedness of the Site C Dam to ongoing First Nations issues and a complicated relationship with government.

“Every time I see a Hydro worker it’s like a reenactment of the Treaty 8 signing because its interpretation, its language, its gestures, its intimidation and bluffing,” said Tupper.

Knott who explained that she was the descendant of one of the chiefs who originally signed Treaty 8 shared this sentiment.

“Who would have thought that we would be here in our grandfathers footsteps but for this purpose.” Said Knott. “When my great-great grandfather signed that treaty it was with foresight. One of the young guys out here today said ‘I’m a child and I have to live through this so I should have a say’. That’s what I think of as a parent.”

In an official statement from BC Hydro Dave Conway explained, “We respect the right of all individuals to peacefully protest and express their opinions about the Site C project in a safe and lawful manner. Our immediate concern is to ensure the safety of both Site C workers and the protesters.

As such, while we do have equipment in the area, we are not moving equipment within the immediate proximity of individuals or the encampment itself. All other construction activities are continuing as planned.” Members of the camp have been maintaining a fire near a bridge over the Moberly to prevent workers from proceeding with clearing.