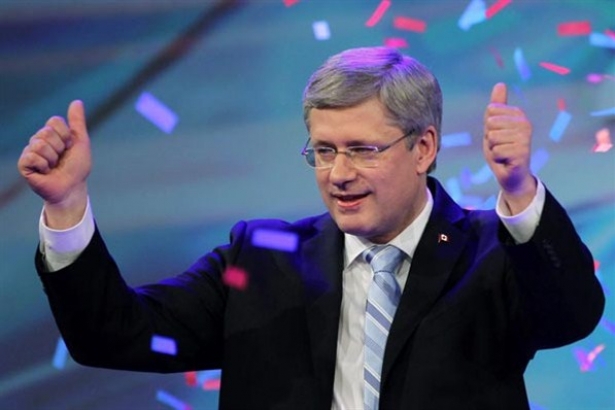 Yesterday, MPs began debate on electoral bill C-23 tabled Tuesday in the House of Commons. The sweeping 247-page “Fair Elections Act” is a calculated overhaul of Canada’s voting laws and would, among other things, increase donation limits to political parties, exempt some fundraising from campaign spending, and establish a robocall registry. Canada’s chief electoral officer Marc Maynard was not consulted on the bill that would restructure his office, and his request that elections officials be able to compel testimony during investigation is absent from the new bill.

Canada’s Minister of State for Democratic Reform Pierre Poilievre has proclaimed that the Fair Elections Act would make it easier to vote, but the new provisions contained in this bill could instead prevent hundreds of thousands of Canadians from voting in 2015. What's more, some say new reforms may punish certain groups of people who are less likely to vote Conservative in the next election.

Cracking down on "fraud”?

According to a Government of Canada press release, the Fair Elections Act would “crack down on voter fraud” by prohibiting the use of vouching, a process that allows a person to prove their residence in a riding in order to vote by having someone they know in the riding who is registered to vote sign a legal oath. It also prohibits the use of Voter Information Cards as identification. That means that to vote in 2015, you’ll need an approved government ID.

A government backgrounder on the bill says ominously: “Each time someone votes fraudulently, they cancel out the ballot of an honest voter…. That Fair Elections Act will protect the integrity of the vote by ending risky practices that are prone to errors and irregularities.” Poilievre goes so far as to call vouching “not safe”.

The impetus for the new rules are from a 2013 report commissioned by Elections Canada to review compliance of election day registration and voting process rules. The Neufeld report found “irregularities”, or administrative errors in 1.3 per cent of votes cast on election day -- meaning there were an average of 500 administrative errors per electoral district. The report made recommendations to Elections Canada for how to improve Canada’s voter services.

But the curious thing about the report’s findings is that they are completely at odds with the Fair Elections Act.

The Neufeld report makes no recommendations to axe or change vouching and Voter Information Cards. It does not attribute any administrative errors or “irregularities” made on Election Day to the vouching process itself either. In fact, in no place does the report advocate that vouching be scrapped.

To combat voting day errors, Neufeld and his coauthors recommend Canada adopt an entirely new voting services model to address the challenges on Voting Day. As it’s clear that an administrative fix won’t solve everything, it recommends Elections Canada ensure that the 200,000 election officers recruited and trained each election receive better recruitment, screening, training and support to better do their jobs on Election Day.

The Harper government is implying the research supports this bill, but that's just not true. So why exactly are the Harper Conservatives actually trying to pass the Fair Elections Act?

Canada's neighbours to the south are no stranger to voter ID laws. Thirty-seven state legislatures in the United States have enacted tough voter ID laws for similar reasons -- to supposedly combat fraud and those who try allegedly to steal elections, and make elections more democratic.

See more
'Fair' Elections Act could disenfranchise half a million voters, says elections expert
Is the Fair Elections Act unconstitutional? The answer may be in the numbers