Independent journalism pays off with truth and results 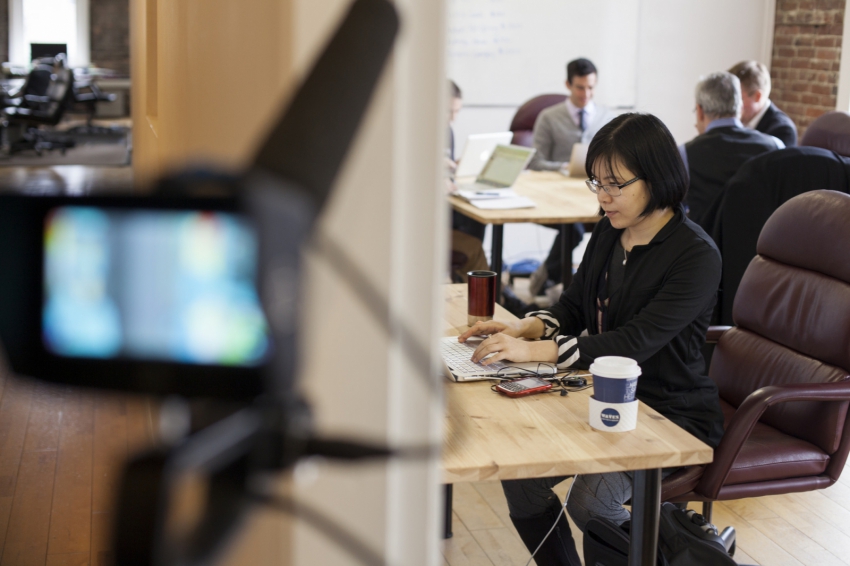 I was delighted this week to see an e-mail from the people at Kickstarter saying,  “we really love your project!”

Staff at the crowdfunding website said they had chosen our Tar Sands Reporting Project video as “Most Socially Conscious” -- and one their favourite Canadian projects of the year.

A highlight perhaps because our journalistic effort covering the people and politics of Alberta’s oil sands, as well as the industry’s pipeline and tankers offshoots into B.C., is one of Kickstarter’s most funded journalistic endeavours.

With that money lately, we’ve been able to: 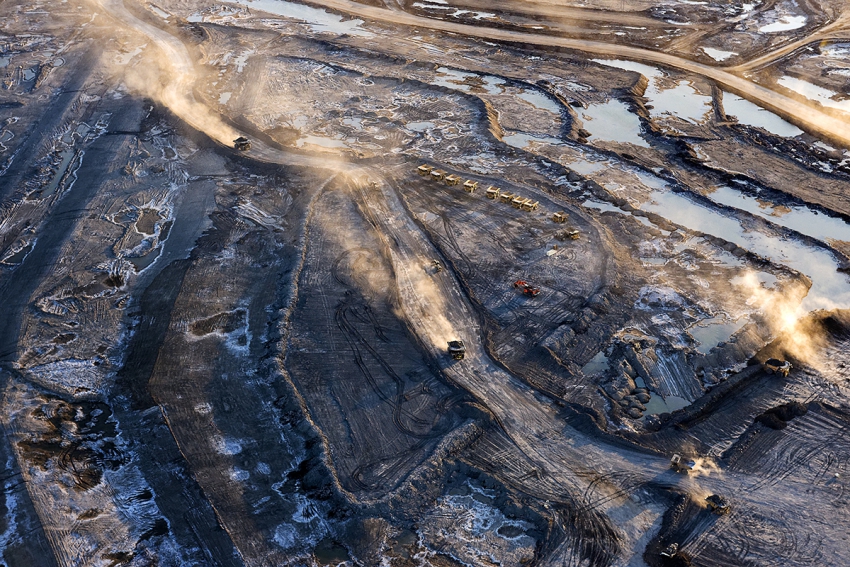 Our list goes on.  And the need for our work just keeps expanding.

LNG in B.C. has become an arguably even larger climate change concern than oil pipelines, and Canada is about to see the launch of the largest oil sands pipeline in North America: Energy East – a continent-wrapping conduit to carry Alberta oil sands bitumen, not westward or south to the U.S., but to Eastern Canada, all the way to New Brunswick.

That’s why we are so excited to be launching the National Observer soon.

We need to be national to keep up with all the fossil fuel projects, and to connect these important stories with a larger audience.  We’ll be hiring more environment and energy journalists east of the Rockies, and already we’re getting C.V.s! 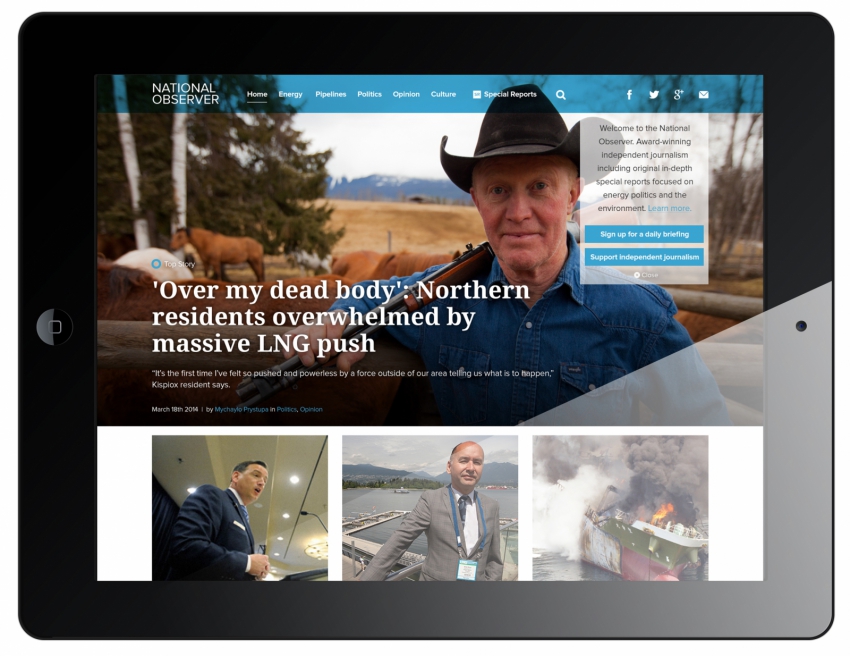 We’ve also been meeting with some exciting news partners who see the enormous value in what we do.  Much of the appeal seems to be in the quality of our reporting and our brand: we attract readers who believe the stories that we tell and the people who we report upon, matter.

And our work is followed: by Y-gen musician Grimes (who rocked our Tar Sands Reporting Project shirt at a Los Angeles concert recently), and actress Daryl Hannah of Splash, Kill Bill and Blade Runner fame.

I had a good laugh recently when I spotted a comment on our interview piece with Hollywood director Darren Aronofsky (Black Swan, Noah, Pi), who went to the Tar Sands recently with Leonardo DiCaprio to make an enviro documentary. “I live in Ontario and we do not hear that much re the tar sands. I actually found your link on Bette Midler's twitter.”  That is so awesome!

We will soon ask you – our readers to give again.  We’re in the midst of launching our latest Kickstarter effort, and we need to go big or go home this time.  We will be seeking $100,000 to build what we believe will be the most exciting national platform for energy politics in Canada.

Digital journalism is on the rise: announcing The National Observer