Less than a week after North American Muslims called for a civil rights movement, Newsweek is serving it up. Unintentionally. 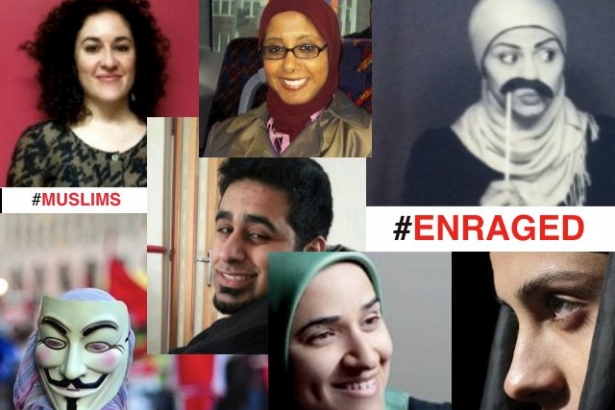 Muslims take to Twitter over to mock and subvert Newsweek's #MuslimRage. Image by author.

Less than a week after Muslim community leaders told The Vancouver Observer about the need for a North American Muslim Harlem Renaissance, fueled by the talent, intellect and social contributions of US and Canadian Muslim youth, Newsweek seems to have offered a kind of call to arms.

The magazine prompted its readers Monday to use the hashtag #MuslimRage to Tweet about its cover story on anti-American violence in the Muslim World, penned by renowned neo-conservative Ayaan Hirsti Ali.

The comments ranged from everyday logistic concerns posed by life in the West to comments on Western society as a whole and the foreign and domestic policy of Western governments.

When you find pink stuff in your Shawarma facebook.com/photo.php?fbid…#MuslimRage

Of course, this refers to the perilous pink pickled radishes one sometimes finds in a shawarma.

Messed up the pedicure I thought was dry when trying on shoes at Nordstroms. #MuslimRage

What was impressive was the worldwide push to show that Muslims share the same concerns as non-Muslims.

Trader Joe's Kosher peppermint marshmallows are only sold in December, but Eid is in October #MuslimRage

When I wear a white hijab to a TV interview with a white backdrop.#floatingHead #MuslimRage
— Dalia Mogahed (@DMogahed) September 17, 2012

And of course, my own:

When Riyadh and Washington tell women what's up #SameDiff #MuslimRage

Some Western Muslims have been ready to respond to an article like this for months. Mainstream media often commissions sensationalistic articles by a handful of Western Muslims and people of Muslim origin professing to speak for the entire Muslim World, Muslim women and Muslim democracy movements by virtue of their ethnic and religious background.

The Newsweek article comes months after Foreign Policy published an article by Mona Eltahawy claiming – without any of the journalistic fairness the publication reserves for non-Muslims – that every single Muslim and Arab man is a misogynist.

A North American Muslim dream: beyond extremism and Islamophobia

Muslims, Buddhists, Christians, Hindus, Jews and "Other" are one for this seeker

What happens when you put an Islamist, a Socialist, a Christian, and a Liberal in an Egyptian garden?

Were the Shafia women victims of Islam?