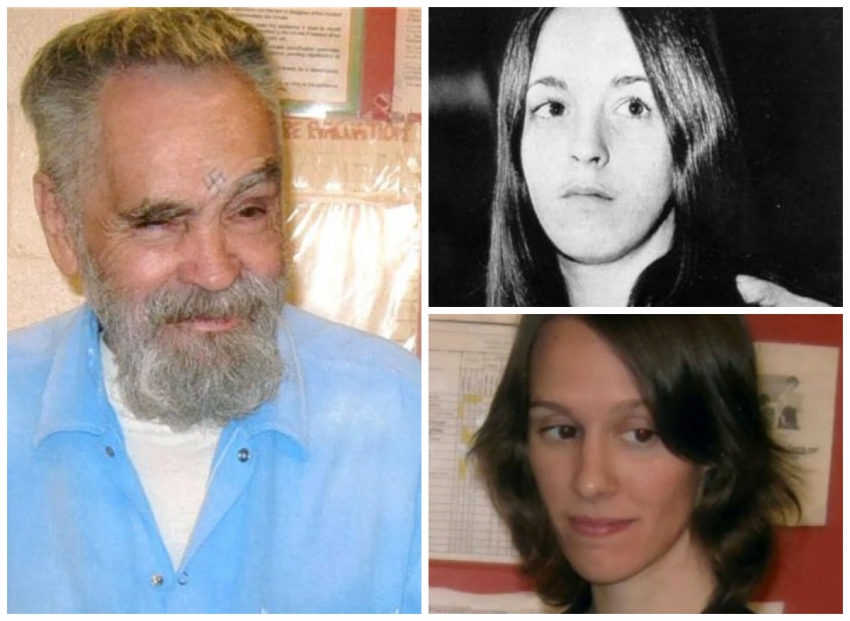 The internet erupted after learning Charles Manson, 80, was granted a license to marry 26-year-old Afton Elaine Burton, who prefers the name “Star,” because Manson says she's a "Star in the Milky Way."

Not eligible to apply for parole again until he’s 92 in 2027, Charles Manson is arguably among the world’s most famous prisoners, and by rights shouldn’t be alive for his present-day notoriety. Sentenced to death in ‘71 with four followers, they lucked out when California's death penalty was nixed in 1972. Those on Death Row were given a stay of execution and death sentences commuted to life in prison. Within six years, death was back on the books and is still in effect today, but Manson and his “Family” stayed blessed with the gift of life behind bars.

Marriage, some argue, is a basic human right. I would agree, and have long supported that premise in support of LGBTQ seeking marriage rights. But you need to be human before you deserve basic human rights, and Manson is far from.

To understand why some are so outraged about this “right” being extended to Charles Manson, we need to start at the beginning.

Manson's criminality and depravity began young. Born to a partying teen mom who'd get in trouble with the law later, Charlie grew up fascinated with guns, smitten with stealing, and constantly in trouble with authorities. By 13, he ran away from Boy’s Town, where it’d been hoped he’d find a better path. His would be a life of reform schools and prison then on.

At 21, in 1956, he began hard time for transporting stolen cars across state lines, kicking off a decade-plus he'd spend in and out of jail. He’d spend his brief times of penal respite using charm and charisma to entice women to whore themselves, using him as their pimp.

Charlie was big on culture, and reading would give him insights that would define his future. His way with women, and everyone else, is credited to his love of Dale Carnegie’s classic, How to Win Friends and Influence People, one of the best networking books ever written.

By the time he was once again released from jail in 1967, Charlie was mildly obsessed with the first wave of the British Invasion -- Beatlemania, circa 1964. Those women throwing themselves at the four lads from Liverpool was a dream for Manson. Any dimestore shrink could tie it back to his young, distracted mother and his need to be the centre of attention.

Inspired, he left prison seeking his own fanatical devotees.

Manson emerged from jail in 1967 to find everything had changed dramatically.

It was San Francisco's Haight-Ashbury during its amazing and short-lived zeitgeist. Love, drugs, freedom, sexual revolution, political angst, peace protestors, rock’n’roll -- all swirled together in an acid-laced dream on the edge of the Pacific.

In this loving-hippy zeitgeist Manson saw the potential to influence others. Haight-Ashbury was the Mecca for anyone looking to expand their consciousness. Folks sought mind-expansion through all kinds of counterculture belief constructs, often enhanced via heavy drug use. From B’nai Brith and Buddhism to to Anton “the Black Pope” LaVey’s brand of Satanism, there was no easier place to find people open to philosophical and existential suggestion than in the streets of San Francisco.

Of Cults and Charisma

We like to think we can smell evil people like a fart in the car, but truth be told, history is littered with evil people oozing charisma, who sway others to do their bidding. We joke about “drinking the Kool-aid” these days, but the phrase comes from a dark day in the jungles of Guyana, when Jim Jones massacred 918 of his followers.

36 years ago, on November 18th, the residents of Jonestown drank cyanide-laced “Flavor-aid” and died, because they'd bought into Jones’ demented sense of socialism and Utopia. As The Atlantic Monthly wrote, “He tapped into the zeitgeist of the late 1960s and 1970s, feeding on people’s fears and promising to create a ‘rainbow family’ where everyone would truly be equal.”

Like Jones, Manson tapped into people’s unhappiness, found out why they felt lost and disconnected from the age, and told them what they needed to hear. It’s arguably the same draw that religion, cults, and other organizations have always had, as Wendy Smith explained in the Daily Beast:

The Strange Saga of BigEars Teddy and Jian Ghomeshi