Why I want to be Mayor: Vision's Gregor Robertson 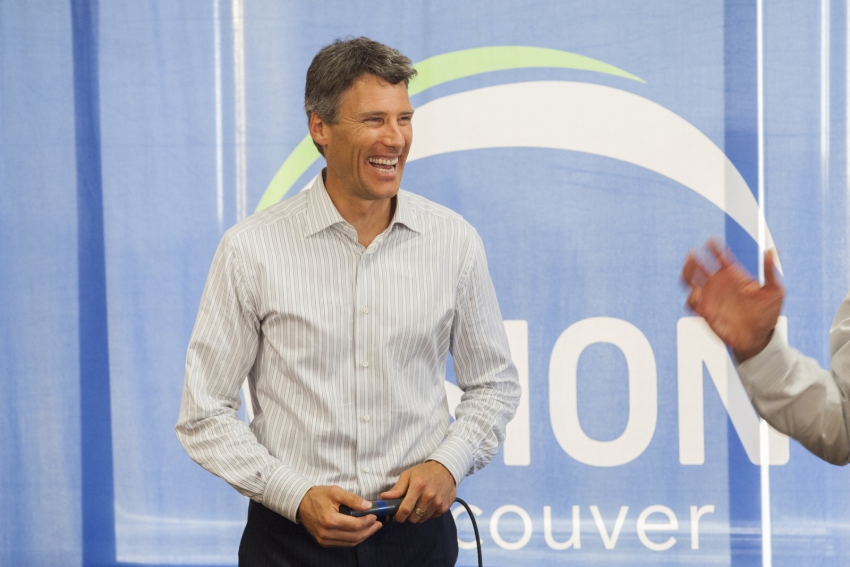 Vancouver Observer asked each mayoral candidate to provide an op/ed -- this is Vision candidate's Gregor Robertson's submission.  Next will be Non-Partisan Association's Kirk LaPointe, and COPE's Meena Wong.

Six years ago, when I first ran for Mayor, our city had lost its way. Our economy was shaken, we were still picking through the mess of an unnecessary garbage strike, and the NPA council had no plan for dealing with affordability, housing, or protecting our environment.

Today, we have a city that is strong, increasingly diverse and thriving. We have made progress to be proud of: in providing more affordable housing, strengthening our economy, and making Vancouver the greenest city on earth.

But there are some big challenges we need to address, both today and around the corner. On November 15th, voters can choose to go forward with Vision, with an experienced team that has a clear plan for Vancouver's future. Or we can take a big risk with the NPA, who consistently refuse to stand up for Vancouver’s interests and stay silent on the big issues.

Take the issue of Kinder Morgan.

Their expansion proposal is for an additional 340 oil tankers a year in our waters. I believe this is a reckless idea and a serious challenge not only to our environment, but to our economy. Imagine the costs of a major oil spill on our shores when Vancouver’s $3.6 billion tourism industry alone supports over 28,000 local jobs. 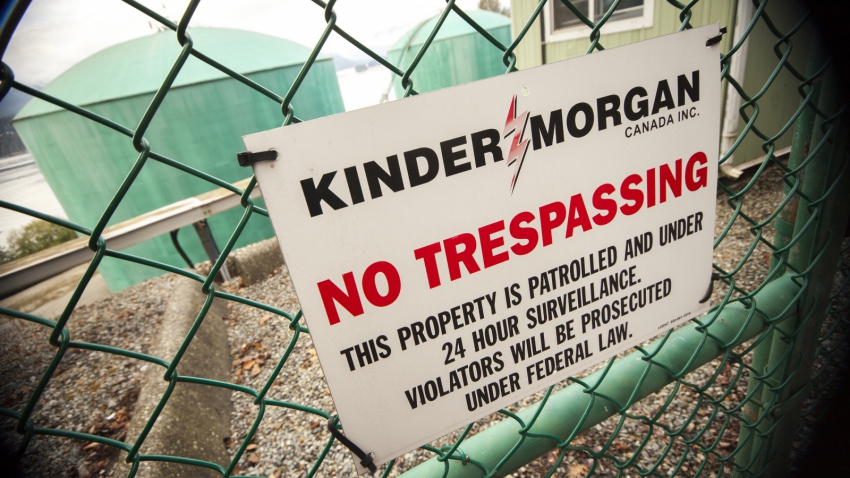 Kinder Morgan’s plan to put 340 more oil tankers a year into our waters is something I could never be silent about. In fact, saying no to that proposal, a proposal that is so dangerous for our economy, our environment, everything we have built, is a key reason I’m running again.

Local businesses and taxpayers need elected officials to speak out, but the NPA has shown no leadership on this at all. After more than two months on the campaign trail, the NPA's mayoral candidate has refused to take a stand. Vancouver deserves better than that. As long as I am Mayor, Vancouver can count on strong leadership against allowing more oil tankers through our local waters.

Public transit presents another issue where voters face a stark choice on November 15th. The Broadway corridor is BC’s second-biggest jobs centre, but future growth is threatened because buses are full and people can’t get around. There are more than 2,000 pass-ups at Commercial and Broadway every morning.

A Broadway Subway is needed to cut congestion and improve transit. Adding more buses, or a streetcar, cannot handle the volume of ridership in the Corridor. I’ve been clear that getting the Broadway Subway built is my top transportation priority. 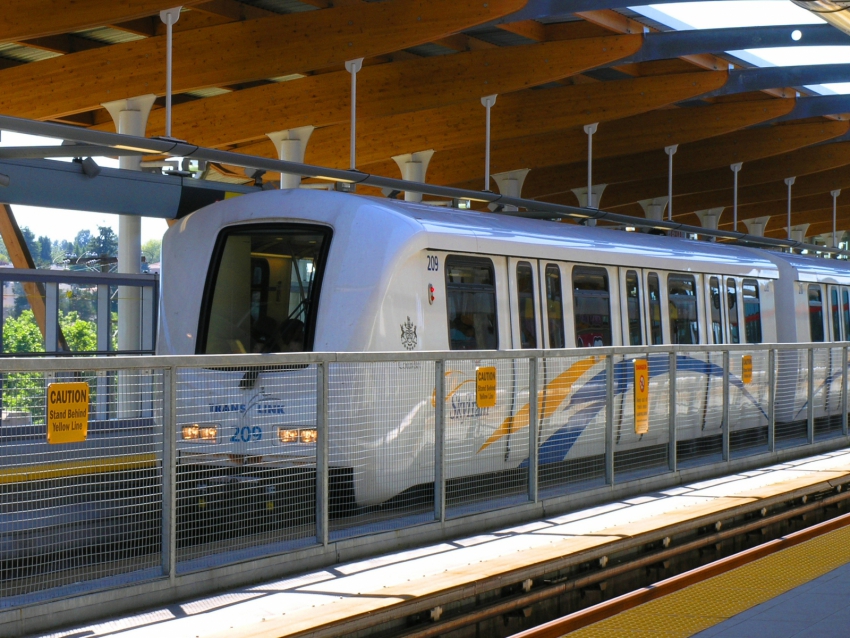 Yet on one of the biggest issues in the city - public transit - the NPA have offered no plan. Their mayoral candidate has said he was 'not sure' about a Broadway Subway. That’s not the kind of leadership we need.

Now, more than ever, Vancouver needs strong leadership to make the case for public transit, and strongly champion a Broadway Subway. One thing is for sure -- it will never get built if we have a Mayor who shrugs at our growing transportation challenges. With Vision, we’ll continue to make better transit a priority so we can grow our economy, make our city more livable and protect our environment in the decades to come.

And on the issue of affordability, there is no question the NPA would take us backwards.

We need to make Vancouver affordable for people from all walks of life, but it takes tough choices and a balanced approach to make it happen. The NPA wants to let the market make all the decisions. That doesn’t work and it’s out of touch with what people in Vancouver need.

Condos alone aren’t going to create the middle income housing needed by young families and seniors. That’s why the Vision team created an Affordable Housing Agency, which will use city-owned land to build new modest-income housing, for people who live and work in Vancouver, particularly young families. The NPA said no to this proposal.

Vision is trying to address housing needs across the income spectrum -- from low income and supportive housing, to modest-income housing so that students, seniors and young families have a place to live in Vancouver. The NPA have fought us every step of the way. In three years, they voted against 500 units of new social housing and 900 units of new rental housing. That’s not the kind of leadership we need. I want to keep building on that hard-won progress and make sure our city is a home for everyone, not just the very rich.

The challenges of Kinder Morgan, transit, and housing affordability require strong leadership at City Hall. With Vision, you know where we stand. We will continue to speak out and take action on the issues that matter to our city: making Vancouver more affordable, building on our environmental progress and strengthening our economy. We’ve got a diverse team, with a mix of experienced leaders and exciting new candidates like Niki Sharma, whose background as a Park Board Commissioner and lawyer with a passion for social justice would make a strong addition to City Council.

On November 15th, Vancouver voters will have an important choice to make. Go forward, or risk getting dragged back. That's the choice. I'm looking forward to that debate over the next several weeks, and I know the Vision team is too.

It all starts with your choice on election day. 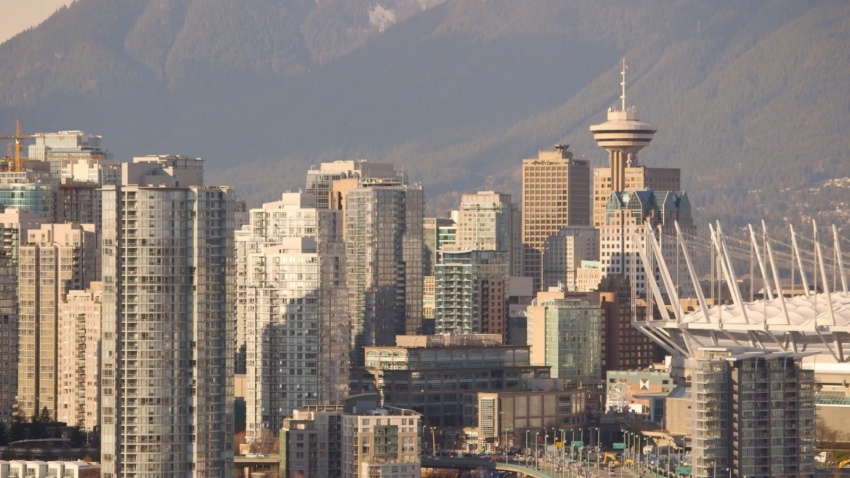