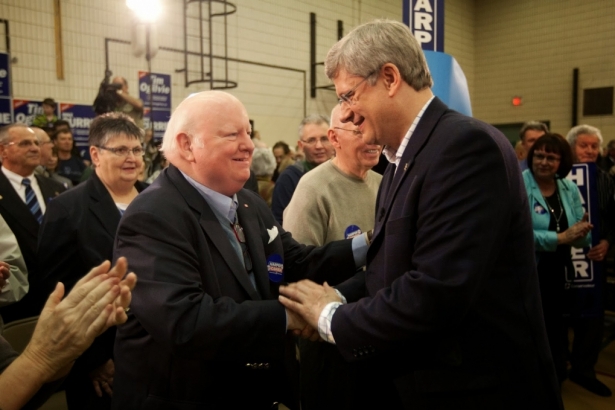 Damning court documents released today show that the Prime Minister Harper's former chief of staff, Nigel Wright, is being investigated for bribery, fraud and breach of trust along with Senator Mike Duffy.

RCMP Cpl. Greg Horton, who was part of the probe, said there are grounds to believe Wright offered money or favour to Duffy contrary to the Criminal Code.

The documents poke holes in the Prime Minister's repeated claims that he wasn't aware Wright's plan to cut a cheque for Duffy after the Conservative Party balked at covering the $90,000 Duffy owed in illegitimate expenses. Harper insisted last month that his former chief of staff was solely responsible for the transfer, which he said occurred behind his back.

But emails included in the court documents quote Wright as having the go-ahead from Harper.

“I do want to speak to the PM before everything is considered final,” Wright wrote in one email on February 22.

In his next email, he wrote: “We are good to go from the PM…”

PMO spokesperson Jason MacDonald insisted that Harper was not aware of Wright's plan. Harper told Parliament in February that he only gave the green light for Duffy to repay his own expenses, and not for Wrigtht to cover them.

The RCMP say they have found no evidence yet that Harper had approved the $90,000 payment. But Wright's correspondence suggests that the Prime Minister knew more than he initially let on.

“The PM knows, in broad terms only, that I personally assisted Duffy when I was getting him to agree to repay the expenses,” Wright wrote in an email on May 14.

The documents do clarify that at least six Conservatives were in the loop about the payment, which appears to contradict Harper's claims earlier this spring that no one aside from Duffy and Wright were in on the plan.

On February 20, Duffy sent an email to Janice Payne, stating in part:

"...then Nigel called me...he was expansive, saying how we (PMO) had been working on lines and a scenario for me, that would cover all my concern, including cash for repayment..."

For full documents, see below.

What will Harper do about the flawed Senate?