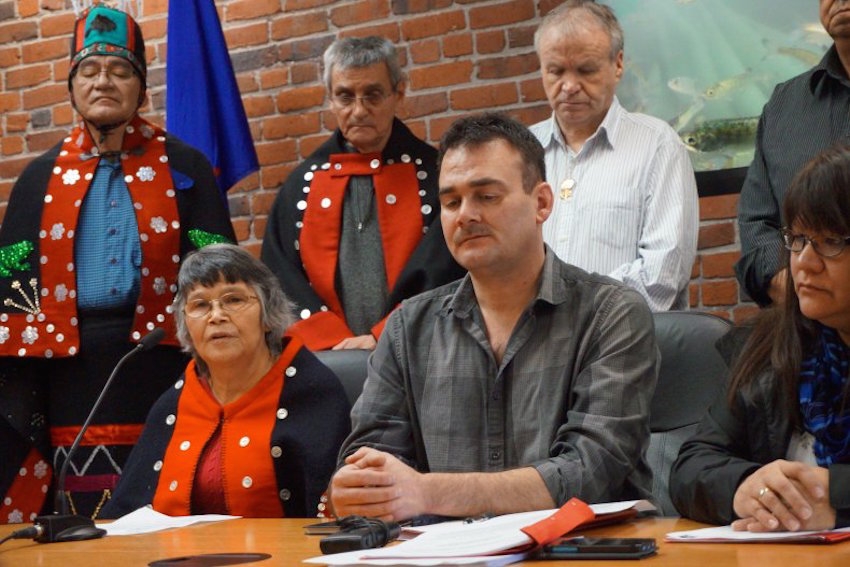 Two Gitxsan house groups, Gwininitxw and Luutkudziiwus join with other BC First Nations to promote voting for Anyone But Clark, particularly the NDP in the upcoming BC election.

The NDP have declared that their government will officially adopt the UN Declaration on the Rights of Indigenous Peoples and implement the 94 Calls to Action of the Truth and Reconciliation Commission.

Gwininitxw (Yvonne Lattie) states: “BC Liberals have sold us down the river with their policies that are very similar to the policies of 1902. They have managed to divide families and communities with their LNG fantasies and as usual, we have to clean up the mess and chaos they have created.”

Gwininitxw and Luutkudziiwus are currently in litigation with the federal government and Pacific Northwest LNG over approval of the LNG projects on Gitxsan territory.

Gwininitxw and Luutkudziiwus launched litigation due to the impact of the LNG project on the Skeena Estuary and the inadequacy of consultation prior to approval. The two house groups assert that salmon spawning and rearing on their upriver territories are at high risk of impact by Pacific Northwest LNG.

Due to the impact on salmon spawning and migration, Pacific Northwest LNG would render Gitxsan Aboriginal fishing rights impossible to enact. The Pacific Northwest LNG mega-project has been a priority for Clark, against the well being of BC communities, and the health of our environment. To protect BC from the detrimental impacts of LNG, BC must vote against Christy Clark.

“Christy Clark has refused to consult and listen to the rightful holders of Aboriginal rights and title” says Richard Wright, a representative for the Luutkudziiwus group. “BC Liberals continue to cherry-pick and make cash deals with whatever First Nation groups want to sell out.

We cannot afford to have another Liberal government in BC; we must vote against Christy Clark for the sake of Indigenous rights and title and the health and well-being of families and communities.”

Wright adds: “Key to electing the NDP as the new government is getting Indigenous people out to vote. BC Liberal ties to deep-pocketed LNG money threaten vital salmon food sources and salmon habitats that people in BC rely on. In this time of dramatic and compelling climate change, it is time to forget about fossil fuels and develop clean renewable energy sources that create wealth, brighter futures for our youth, and are economically sensible.”

Gwininitxw notes: “The health risks and issues around LNG are indescribably high; meaning the health of the planet and life on it are changing at a stunning rate. We need to step up and change so that our children and grandchildren have food security and other basic human and environmental rights.”

The BC Liberal's constant approval of LNG threatens human and environmental health, and economic welfare on Gitxsan territory and throughout BC. Christy Clark has chosen LNG over the health and well being of BC citizens. On May 9, Gitxsan leaders are thus calling on BC residents to vote for Anyone But Clark. 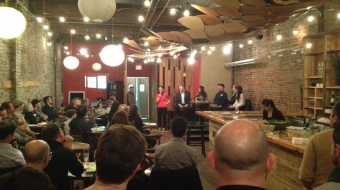