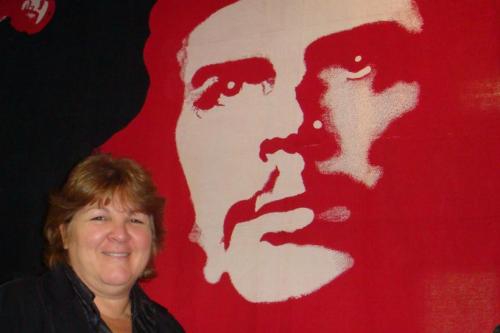 Dr. Aleida Guevara in a photograph by Cathi Atmadjaja

Dr. Aleida Guevara speaking to an audience at the 3rd Annual Che Guevara Conference said respect and solidarity were the two most important qualities in her life.

“It is not about giving what you have left over," Guevara said. "It is about seeing what you can actually give to people who are lacking and being there with those people, even if that means giving things that you have very little of and sharing that with other people. The Cubans have developed this concept very well. Because after the triumph of the revolution we have received solidarity from many parts of the world.”

Her father, Che Guevara, Marxist revolutionary and pivotal figure in Cuban history, is an inspiration to those who can't stand oppression and injustice, she said.

Guevara recounted stories of her two years in Angola, her time as a pediatrician there, and the legacy passed down from her father to her. Each question was answered through personal stories and spoke to her growth as an individual, as a mother, and as a leader.

With the help of a translator, she shared her thoughts with the Vancouver Observer on her mission as Che's daughter, "to be a better person living in this world we share with others.”

She said her father often used the word "solidarity"  to describe “a way for people to express their caring for each other.”  She thought this was genius.

Cuba is a country of many cultures. She commented on the large number of Chinese immigrants to Cuba, as well as immigrants from Africa and Spain.

Recalling Angola, she said, “It (her time in Angola) made me a better human being because in all these missions of solidarity, internationally, we learn about how to be better human beings.”  A shortage of medicine and resources led to difficult decisions about life and death.

“I learned to respect life and see that we need to take advantage of the time we have," she said.

Working as a doctor has allowed her to be useful to other human beings, she said. The thing that she detests and rejects the most is any form of colonization and anything related to racism. “I don’t even accept the word (racism).”

Being a mother was more difficult, she said.  “I have learned that I have committed many errors in my own children.”

According to her, “normal education in any country with high development puts many limitations on children.” In the case of her eldest child, at one point growing up she could not pronounce the two string of letters M-A, making out the sound “mah.”

It would come out as “meh.” At that point, she insisted that her daughter be seen by a psychiatrist thinking there was some “mental retardation,” or “maybe I’m pushing her more than I should.”

At the end of her third visit, in the hospital where she was working at, she was told “the one with the problem is not your daughter, but you!”

Concurred by an indigenous professor of a tribe in Ecuador, he taught her “that each child has a different way of looking at the world around them. Adults have to learn how to protect that. We cannot impose on any of that.” 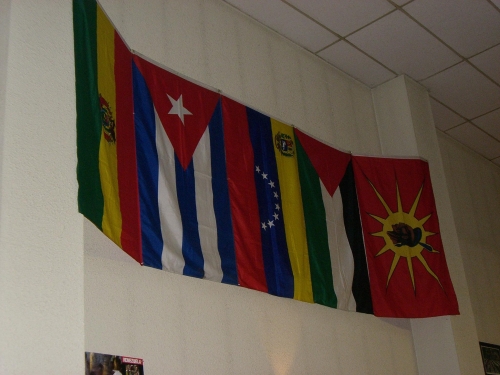