NPA hopeful candidates open up to voters at Pub Night 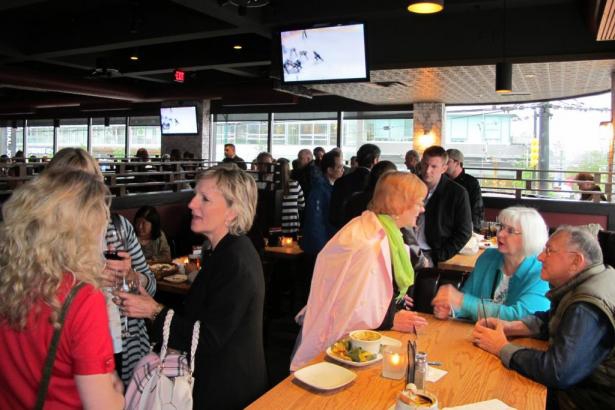 While the Tampa Bay Lightning battles the Boston Bruins, a crowd of NPA candidates and party members get a enjoy a chance to get to know each other. Photos by Duncan McGregor

Outside on the corner of Cambie and W. Broadway the weather was wet and chilly, but the reception inside at the NPA’s Pub Night was warm and filled with staid exuberance. The NPA candidate-hopefuls for city council made it out tonight at Original Joe's to shake some hands and meet members of their party in the hopes of becoming fully-fledged candidates in the Vancouver municipal election this fall.

One of the earliest arrivals was president and CEO of Curve Communications and candidate-hopeful, George Affleck, looking smart, yet comfortable in a blue pin-striped blazer and jeans.

“This is my first Pub Night,” said Affleck. “There’s beer, there’s a bar, there’s hockey on – it’s grass-roots kind of stuff. To me, this is along the lines of the kind of stuff that the NPA is trying to prove – that we’re grassroots. We’re trying to reach out to the normal guy.” 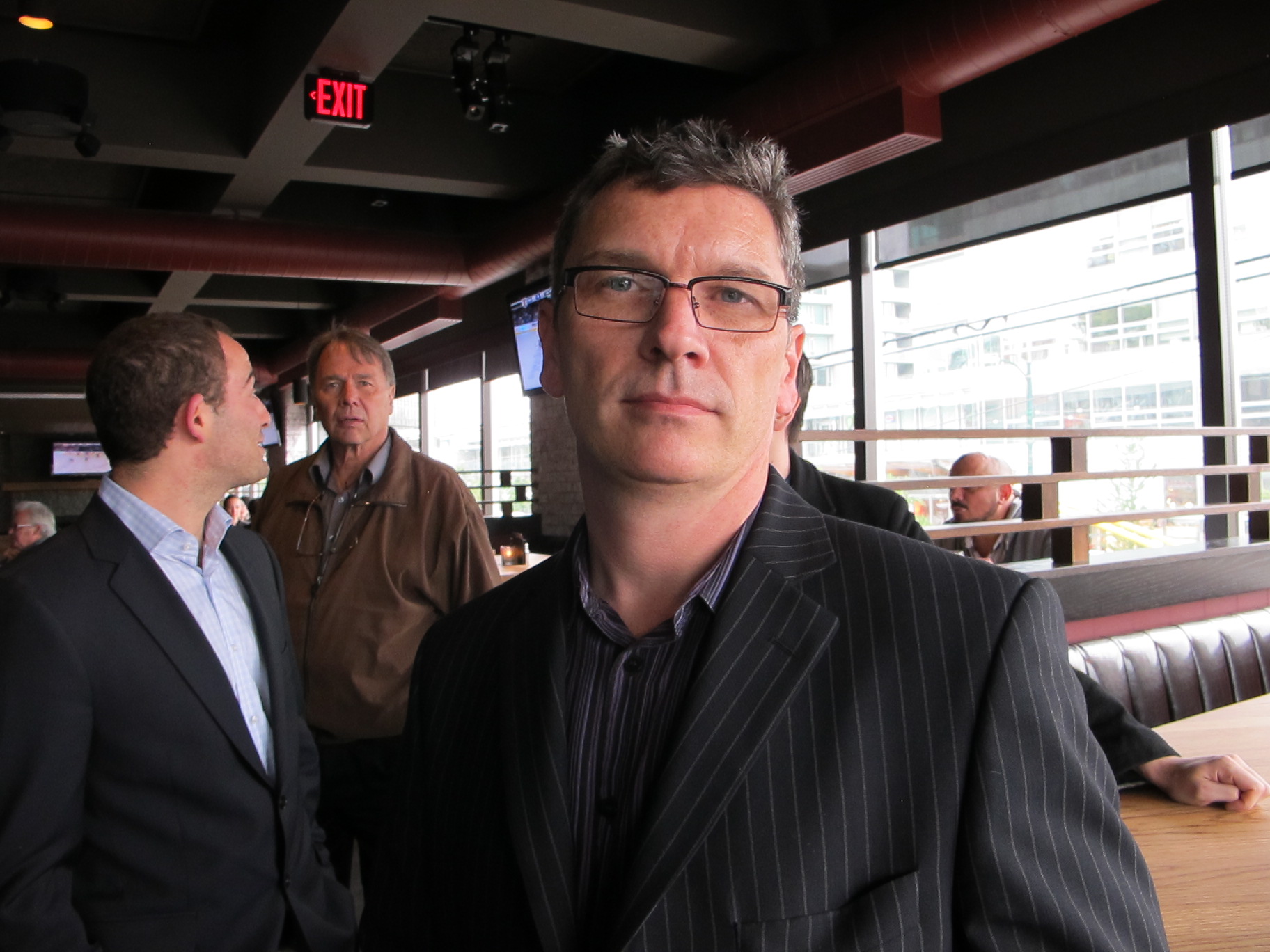 What does he think will be the biggest issue in the election? “I think that the biggest issue is still the transportation stuff for the most part,” he said. Bike paths, in Affleck’s view, are going to be a sticky issue, but there are also other commuter-demographics whose needs aren’t being addressed.

“I think we need to not forget about people who walk. For me, I’m a walker, and I think that there hasn’t been enough attention for that. You try to walk across the Burrard Street Bridge – it’s not so easy these days.” Affleck states that one of the biggest growth sectors of commuters to the downtown core are walkers, and that more needs to be done to address their needs.

Dave Pasin, president of InTech Environmental Group was shaking hands and getting to know supporters too. Relaxed in a green windbreaker, olive slacks and a yellow golf shirt, Pasin managed to make it out to the Pub Night after just recovering from pneumonia. The Pub Night was just one stop in a busy night for Pasin; as after the event, he was due to attend a meeting at the West End Community Centre as the chair of their Arts Committee. Pasin says of himself, “I’m a guy who likes to make things. I don’t like to push paper.” 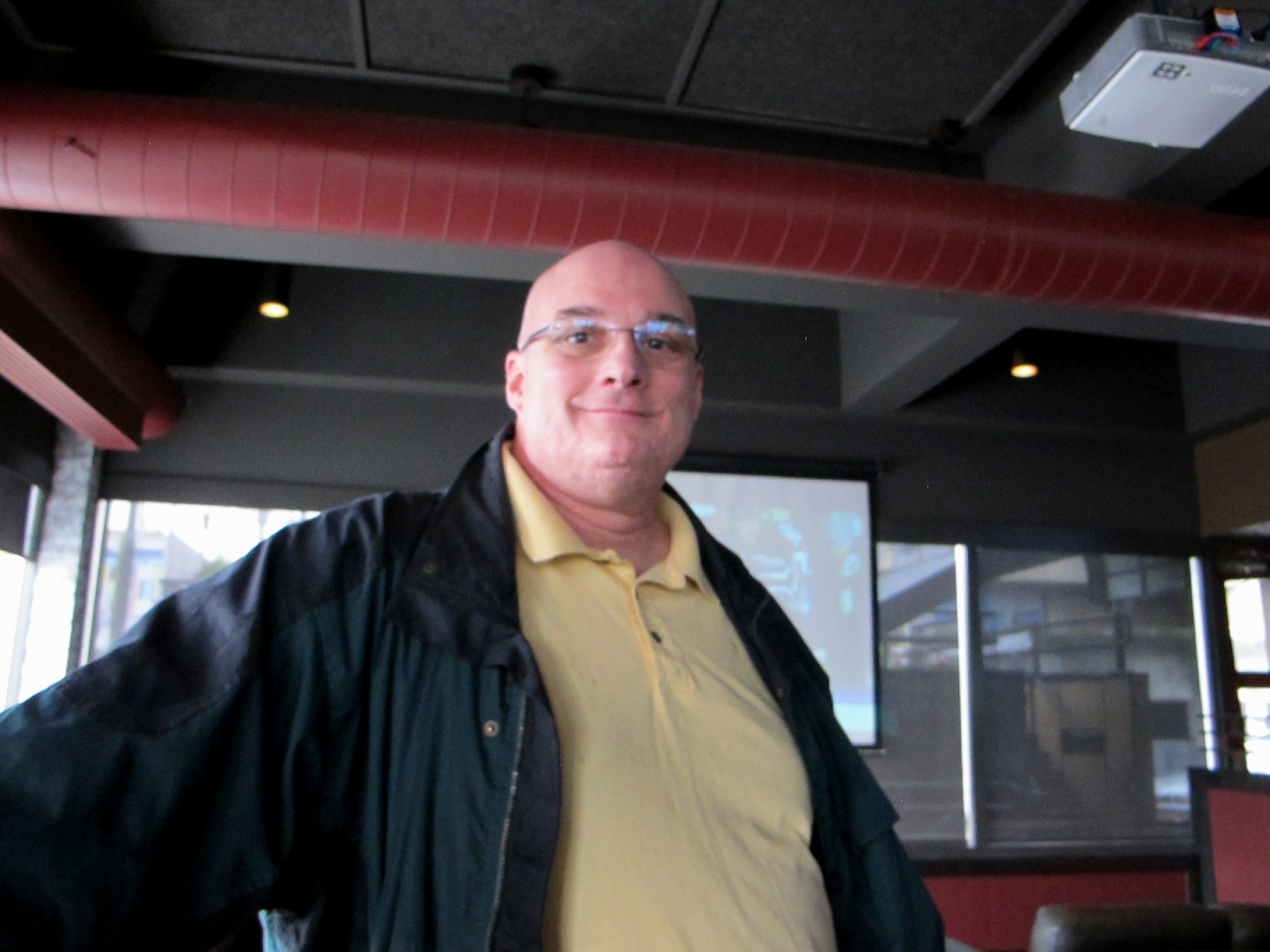 “It may cost more initially, but in terms of health care, pollution, worker illness and productivity it’s enormous.” Pasin went on to add that while more visible environmental issues might get more attention, it’s the small things that the city could be doing for the environment that will make a big difference in the long run.

As the night progressed, fashionably late candidates rolled in, all well dressed and all in the mood to meet party members and curious, undecided voters. Mike Klassen supporter and former colleague Ed Jurak spoke highly of Klassen and regaled listeners with tales of their work together in the television industry. 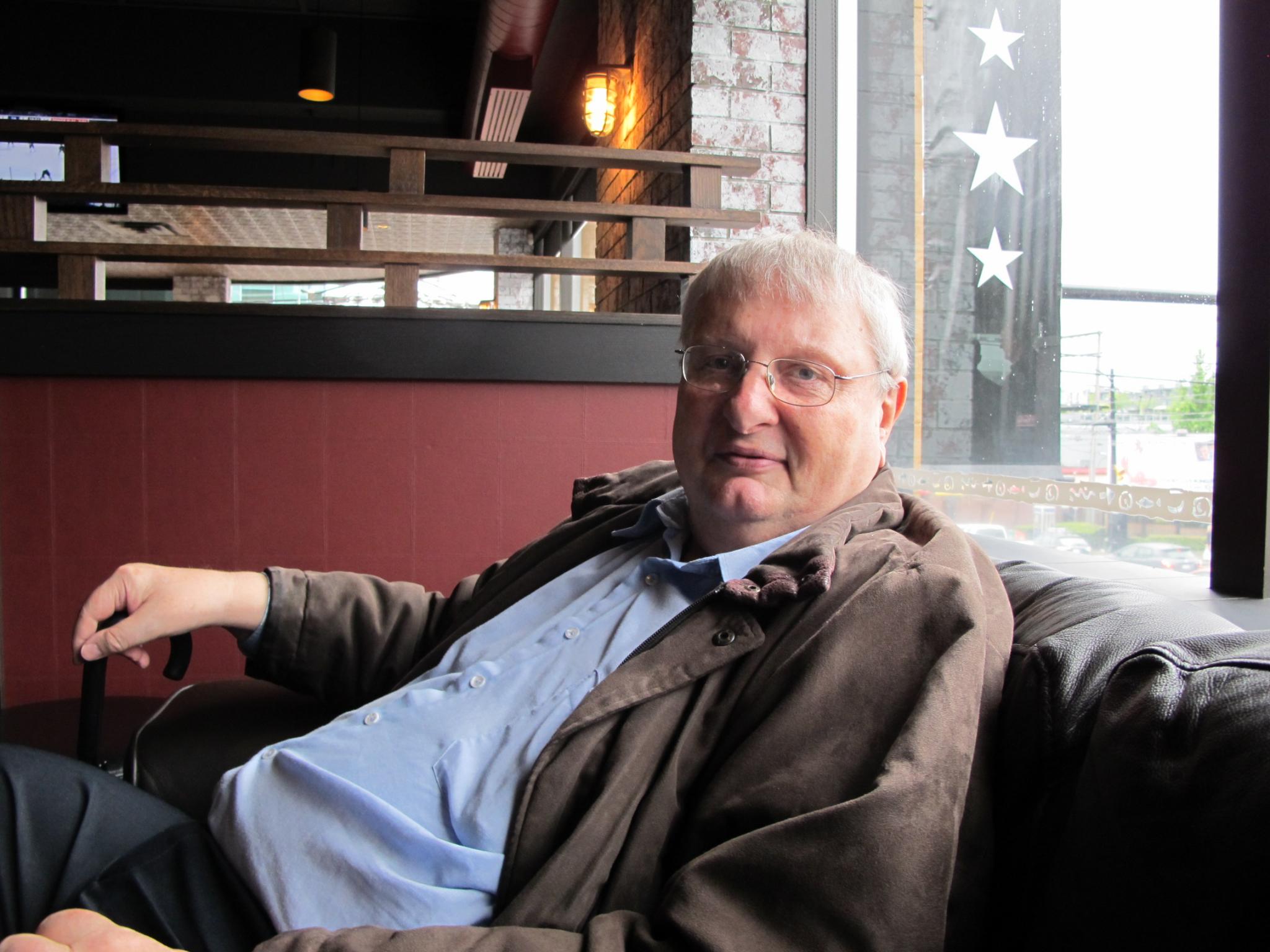 By 6 p.m., the venue was quickly filling with prospective candidates, NPA supporters and the curious. While the event’s organizers had booked half of the sizable establishment, it wasn’t long before smiling candidates and their audiences were spilling into other areas and milling about by the bar. Waitresses had to push their way through aisles, while politely accommodating guests tried their best to stay out of the way.

Joe Carangi, a lawyer and hopeful candidate arrived resplendent in a navy blue suit freshly purchased, a sage silk tie and a ready smile. Gesturing animatedly with an umbrella half-forgotten in his hands, Carangi wanted people to know that he “had a lot to offer that was different from other candidates.” 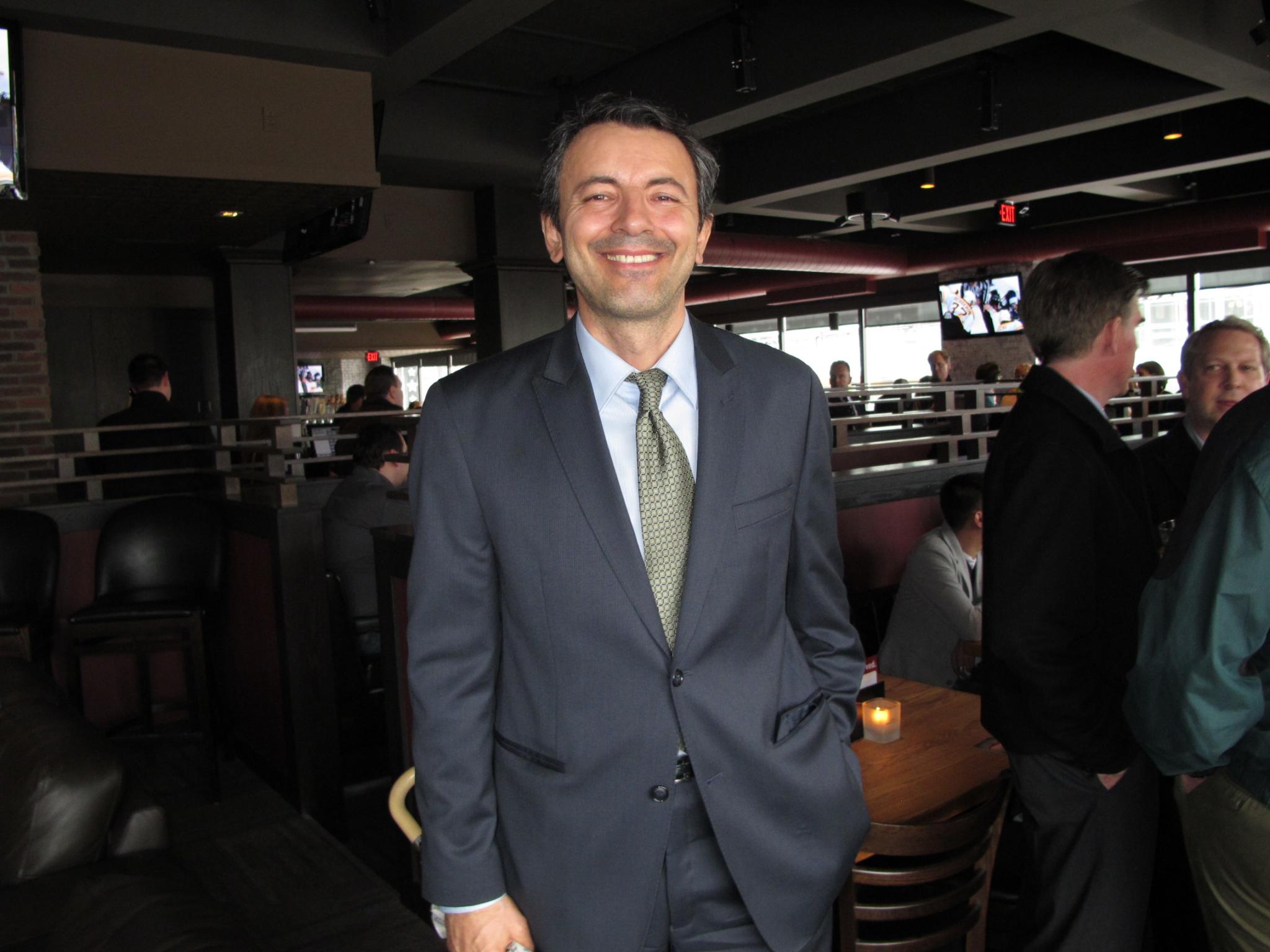