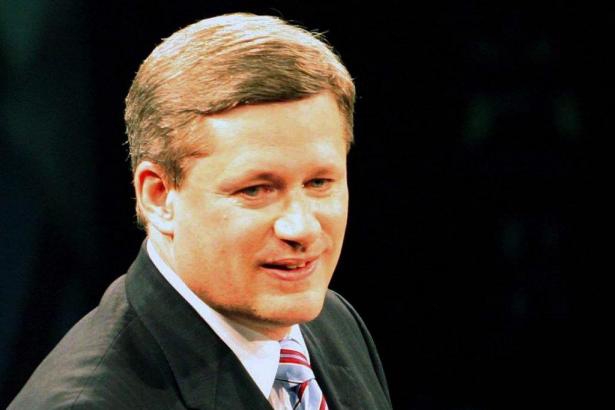 Canada's prime minister is no stranger to the television scene: Aside from all those political debates, he once played himself on an episode of the series "Corner Gas".

TORONTO -- Prime Minister Stephen Harper says he sought a cameo in the Victorian-era detective series "Murdoch Mysteries'' because he's a huge fan of the show and has never missed an episode.

He turns up in next week's instalment as a clueless cop who fails to recognize then-prime minister Wilfrid Laurier when the political leader walks into the police station.

The scene involves a couple of dry lines from Harper, who is drawn into a debate over whether the Ottawa hockey club can win the Stanley Cup.

"Too much infighting in Ottawa,'' Harper deadpans.

Harper says in a release that he was game for the sly jabs at his image.

"(There) is a little bit of irony there,'' Harper notes. "It's kind of picking on my reputation as an expert in both politics and hockey and kind of deflating that a little bit.''

Harper says the Citytv detective series is a shared passion with his daughter Rachel, who urged him to request a visit to the Toronto set.

"In fact we've seen every single episode,'' he says. "She's a huge fan. Coming here was her idea, doing all this was her idea, so she's just had the time of her life.''

Each episode centres on a crime that Murdoch solves with forensic techniques that were radical in the late 1800s.

Harper's episode follows the murder of a former defence minister and delves into a mysterious letter signed by Canada's first prime minister, Sir John A. MacDonald.

"It's wonderful to meet these people who can take characters of over 100 years ago, make them three dimensional and bring them to life,'' Harper says in the Citytv release.

"It's a lot of fun to see them work and try to work with them a little as an amateur.''

"It was a pretty special day,'' says Jennings, who adds that she was stunned to get a call one day from Citytv saying Harper wanted to visit the set.

"It was truly amazing and what's really the most special is that he actually really likes the show.''

Harper says he's drawn to the historical and uniquely Canadian aspects of the series.

"It's an authentic Canadian show which kind of captures the British Canadian culture of over 100 years ago in Toronto, so it's historically very authentic and as I say, brings it really to life on the screen.''

This isn't the first time Harper has tried his hand at acting.

He appeared in an episode of CTV's "Corner Gas'' in 2006, playing himself.