African workers owed more than $230,000, government holding some of it. 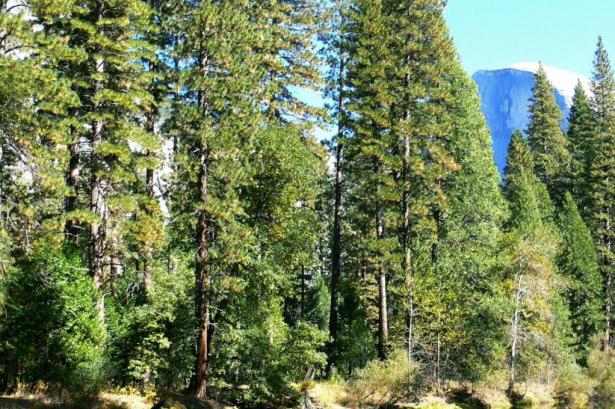 VANCOUVER -- In the year since a tree-planting camp in the B.C. wilderness was shut down over allegations of cramped, substandard living conditions, Moka Balikama hasn't been able to find work.

The 37-year-old former tree planter, originally from Africa, hasn't been paid outstanding wages the province's employment standards watchdog says he's owed either, and he hasn't been able to collect employment insurance benefits, either.

"Nothing. I'm looking for a job,'' Balikama said in an interview Wednesday when asked what he's been doing for the past year.

"I would say that this has affected me psychologically, financially, in all corners of my life I've been affected,'' he added, speaking through a translator.

Balikama, a refugee from the Democratic Republic of Congo who arrived in Canada three years ago, was among more than 50 workers at a camp near Golden when it was shut down last year.

The workers said they were treated like slaves, subjected to violence, fed rotten food, left to sleep in cramped shipping containers and weren't properly paid.

Their employer -- Khaira Enterprises of Surrey, which operated several camps in the province under contract from the provincial government -- has been ordered to pay the workers more than $230,000 in outstanding wages.

The company was banned from bidding on government contracts for one year and is under investigation by the B.C. Forest Safety Ombudsman. There is also a complaint against it before the B.C. Human Rights Tribunal.

It's now been a year since the camp was shut down, and the workers are still asking for their pay and calling for tougher rules for the province's forestry industry.

"I think the government should create a follow-up watchdog to make sure that these tree-planting companies don't do the same,'' said Balikama.

It's not clear when the workers will see their back wages, or if they'll ever receive the full amount.

Khaira, which denies all of the allegations, has been challenging the case with the Employment Standards Tribunal; parts of the appeal process are still working their way through the system.

The company's owner insists he doesn't owe the workers anything.

The province withheld $105,000 from Khaira, and that money is now in the hands of the Employment Standards Branch, which plans to give it to the workers. The branch is holding onto the money until all appeals have been exhausted.

The Labour Ministry said in a statement that the branch is still conducting revised calculations regarding the exact amount of pay owed to the workers, and both sides still have until the end of July to appeal further.

"At that time (when all appeals are finished), the (Employment Standards Branch) will also take all possible steps to ensure any remaining wages owing will be collected, which could include placing property liens, filing a determination in court or seizing assets.''

An email statement from the Forests Ministry said the government took immediate steps last year to address the health and safety concerns of the workers, that investigations have been conducted and that no additional contracts were issued to the company going forward.

Bajwa said the dispute over pay is merely a disagreement over whether the workers should be paid for travel time, and he said he plans to appeal to B.C. Supreme Court if necessary.

As for the allegations of poor living conditions at the camp, Bajwa said they're simply not true.

Internal emails obtained by the workers' lawyers show concerns were being raised about Khaira within the Forests Ministry in March of last year.

Government officials began looking at a separate Khaira camp on Texada Island after residents complained that African workers were subjected to substandard working and living conditions.

Inspections concluded the Texada Island camp was not up to standards, with concerns raised about overcrowded sleeping areas, improper ventilation and inadequate clothing and footwear. Some workers had reportedly quit over pay disputes.

The documents include emails from Bajwa, in which he insisted improvement had been made.

On Wednesday, Bajwa said his year-long ban is over, and he plans to resume bidding for government contracts once they're posted.

Ros Salvador, a lawyer representing about 30 of the workers, said the case shows the need to make changes to the forestry industry.

Specifically, she said the province needs to abandon a policy to award contracts to the lowest bidder without taking into account a company's safety record.

"In our view, the government saying that its hands are tied and it has to operate on its low-bid policy means that the provincial government is saving money on the back of the workers.''