After much hinting and waffling, Clark says she'll govern 'til 2013. 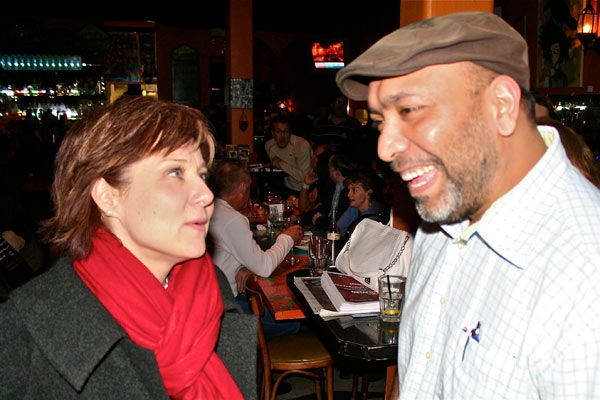 The decision has finally been made: No provincial election this fall.

VANCOUVER -- British Columbia's premier has apparently had a change of heart about whether it would be democratic for an "unelected premier'' to sit in office for two years before facing voters in the polls.

Instead, Premier Christy Clark's office has for the first time ruled out a fall campaign, opting to wait until the next fixed election date set for May 2013.

Clark was elected leader of the governing Liberals in February and sworn in as premier in March, replacing former premier Gordon Campbell. She narrowly won a byelection in May to secure a seat in the legislature.

During the leadership campaign, Clark suggested she wouldn't have a mandate without heading to the polls early.

"I think two-and-a-half-years in government as an unelected premier is an awful long time,'' Clark said in Victoria last December.

"I think British Columbians might be right to say, by the time 2013 rolls around ... 'We want to get a chance to vote for you under the basic principles of democracy.'''

On Wednesday evening, after months of hinting she was still open to an early vote, Clark's office confirmed British Columbians won't be heading to the polls until 2013.

The premier was unavailable to explain why she was now ruling out an early election or why she changed her mind about sitting in office without a mandate from voters.

The announcement comes less than a week after Clark's government suffered a humiliating defeat in a mail-in referendum on the harmonized sales tax.

The HST was brought in by Clark's predecessor just weeks after the 2009 provincial election, in which the Liberals explicitly said they weren't contemplating a harmonized tax. The HST combined the seven per cent provincial sales tax and the five per cent federal goods and services tax into a single levy, which in turn raised the cost of items that were previously exempt from the PST.

The announcement prompted a grassroots citizen democracy campaign that forced the government to call a referendum.

Clark attempted to sway angry voters by promising to lower the tax to 10 per cent, rather than 12, but it went down in defeat with 55 per cent voting to scrap it.

Immediately after the result, Clark still refused to close the door on an election, but pundits were already musing that the referendum results had shut it for her.

Opposition NDP Leader Adrian Dix blamed Clark for fuelling election speculation that caused the Liberals to focus on a potential campaign rather than governing the province.

In the months since Clark was sworn in, Dix said the premier has appeared more interested in photo-ops than generating new policy.

"It's pretty clear at this point that the only thing stopping her is that she didn't have an agenda at all.''

For example, Dix noted the premier is promising to introduce a job-creation plan soon -- something the NDP leader says she should have done long ago.

Dix said it appears the premier ruled out an election because she didn't think she could win.

"If the polling numbers were good she'd be calling an election,'' said Dix.