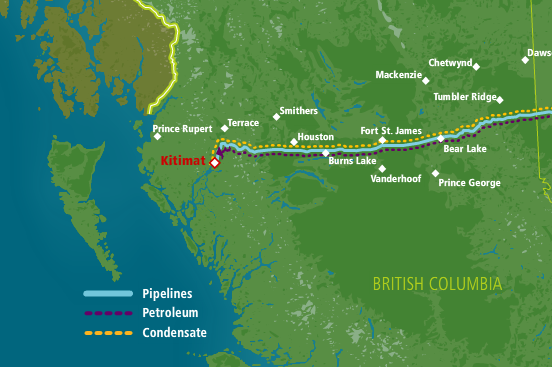 "This is about asserting the rights of British Columbians because the panel (for reviewing the pipeline) has no British Columbians on it," Eric Swanson, director of Dogwood Initiative's No Tankers campaign, said. "The project itself is an Alberta product being shipped into foreign markets -- our mission is to make sure British Columbian interests are paramount."

The proposed project would carry tar sands oil from Alberta to foreign markets in Asia through a pipeline cutting across B.C. to Kitimat. Through its "Mob the Mic" campaign, the Dogwood Initiative is pushing to to sign up 1,000 people to give an oral statement about the Enbridge pipeline project to the Joint Review Panel (JRP), which will take place in 2012. So far, over 866 people have signed up to speak at the review panel, which will hold hearings in communities along the pipeline route and on the B.C. coast to evaluate whether to go ahead with the project.

"One of the purposes of this is to get people from communities that might not otherwise be visited by the JRP to receive a visit," Swanson explained. "For example, communities in Haida Gwaii weren't originally going to be on the JRP's itinerary. But that seems wrong, given the pipeline's direct impact on the people there."

Despite strong opposition by First Nation and environmental groups against the project, members of the B.C. Liberals have voiced quiet support for the pipeline, claiming it would provide "billions of dollars in investment" for the province. Asia has expressed strong support for the proposed pipeline, with companies like China Petroleum & Chemical Corp. and South Korea's Daewoo International showing interest in the project. Enbridge, meanwhile, has donated over $55,000 to the B.C. Liberals since 2006.

"Sixteen of the 17 First Nations have already signed on in support of the one particular pipeline," Social Development Minister Rich Coleman said in a May parliamentary debate. "We will do the work with First Nations, as we always have and will continue to do."

He said that thousands of fishing and eco-tourism jobs held by First Nations may instead be put in danger by the proposed pipeline, particularly if there were an oil spill.

"Oil spills affect a lot and for a long time," he said. "We think there are far better ways to create those jobs without putting an entire economy at risk."

"The Enbridge CEO said he can't guarantee that spills won't happen, and of course he can't. The question is, whether British Columbians want to be accepting any level of risk at all."

For more information about Mob the Mic, visit the website. The following members of the Joint Review Panel for the Northern Gateway will hear the oral statements by British Columbians in 2012.

Sheila Leggett (Panel chair)
Ms. Leggett is currently the Vice-Chair of the National Energy Board. She was a board member with the Natural Resources Conservation Board, which conducts hearings into resource development in Alberta. She was also a vice-president and senior consultant with an environmental consulting firm. She has chaired nineNEB regulatory panels, including the Emera Brunswick Pipeline Project. Ms. Leggett holds sciences degrees from McGill University and the University of Calgary. She lives in Calgary, Alberta.

Hans Matthews
Mr. Matthews is a professional geologist with 25 years in mining, minerals and resource management. He holds science degrees from the University of Western Ontario and Brock University. He has served as president of the Canadian Aboriginal Minerals Association for more than 18 years. He was also an advisor of Natural Resources with Indian and Northern Affairs Canada. Mr. Matthews also worked as an Aboriginal with both Rio Tinto and PriceWaterhouseCoopers. Since 2007, he has been the manager of mineral exploration with Mohawk Garnet Inc., was a mine/project geologist for the Xstrata Nickel Mine in Falconbridge, Ontario, and was the Vice-President of Exploration with Arizona Explorations. Mr. Matthews is a member of the Wahnapitae First Nation. He lives in Ontario.

Kenneth Bateman
Mr. Bateman is an energy lawyer and former senior executive in the energy sector. Mr. Bateman has been involved in numerous pipeline hearings, such as the Brunswick Pipeline Project, Deep Panuke and Keystone XL. He chairs the NEB’s Regulatory Policy Committee. Prior to his NEB appointment, Mr. Bateman was the Vice-President of Legal Affairs for Enmax, an energy distribution, supply and service company. Mr. Bateman also has training in arbitration, mediation and dispute resolution. He holds a law degree from the University of Alberta and a business degree from the American Graduate School of International Management. Mr. Batemen lives in Calgary.