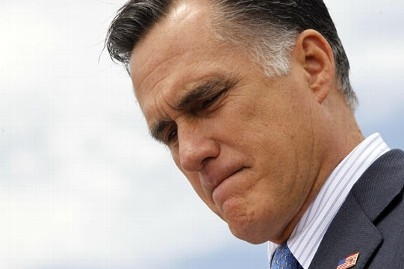 Obama took Wisconsin and Ohio last night to become forty-fourth President of the United States and the fourth Democrat in the last 100 years to be elected to a second term, pushing back a well-financed, and powerful challenger.

After weeks of blatant lies by Romney, six billion dollars of combined spending by the candidates, Obama prevailed, shunning what the New York Times has called "the politics of deceit."  But it was an October surprise in the form of  brutal hurricane Sandy that battered the East Coast and seemed to force the country  to its senses that will be remembered in history as having decided the election.

Upon winning Obama tweeted to his followers: "We're all in this together.  That's how we campaigned, that's who we are.  Thank you."

The question now is whether Obama will use his second term to deliver on the progressive policies promised in his campaign of hope in 2008, when "Yes, we can" was the battle cry that rallied a nation after 8 dismal years of a Bush presidency.

Now he can, and one can only hope that he really will.

This is not only a defeat of Mitt Romney, it is a defeat of the billionaire Koch brothers, Karl Rove, and of the notion that in American society the winner takes all.  This is a victory for those who believe that government exists for the common good,  for women and it is a victory for the very notion that integrity is an essential quality in the leader of the United States.

"I will never tell a lie"

I campaigned for Jimmy Carter in 1976.  Carter's motto was "I will never tell a lie."  As the Mittmeter registered more and more lies over the last few months, I often wondered if the Republicans would be successful at ushering in a new age of American politics, pushing the boundaries and normalizing deceit, misogyny, and contempt.

Mitt, a religious man, claimed to love his fellow man on the pulpit of the 2012 Republican Convention, and yet ridiculed their struggles in private meetings with the privileged, captured on video by Mother Jones.  Mitt's prayerfulness and constant references to God during the campaign were deeply ironic in light of his disingenousness and dishonesty.

Carter, also a religious man,  promised that he would clean up government corruption and  speak honestly to the American people.  He admitted to Playboy Magazine in an interview that he had "lusted in his heart" after women other than his wife, Rosalynn.

His Southern Baptist religious conviction came through in his belief in progressive ideals. Like Obama, he sought to include and believed that government had the power to help lift the struggling out of poverty and he believed that it should.

Mitt made a mockery of his own claim to godliness.  Perhaps he will struggle with this in his disappointment these coming weeks, disappointment etched on his face as he gave his concession speech, revealing a man both vulnerable and real, a face he never showed during the campaign.  Perhaps he will feel humiliated by not only the defeat, but by his lack of character leading up to it.  On the other hand, he may simply take advantage of his enormous privilege to sail away on the yacht of self-deceit and use his position and wealth to shelter his ego from self-criticism.

If the former, he has the capacity to acknowledge how wrong this election went, and to use his enormous popularity with nearly half the American people to reform rather than ruin an already deeply damaged democratic system.

He truly owes an apology to his family, and to the American people for claiming to be  a person of faith while blatantly lying and continuing to do so, even after called upon it, as in the last days of the campaign when he lied about Jeep outsourcing jobs to China, the climax to the opera of lies that made up his campaign.