"Vancouver, Burnaby and Surrey are the metropolitan areas that need to be educated that it is in their self-interest that issues about transporting chlorine need to be raised. In Holland, when cities protested the transportation of chlorine gas through their cities," Millar said, "the government spent 55 million Euros to relocate a plant. They closed the plant where it was operating and moved it to the facility that was using the chlorine, so they didn't have to transport it through Dutch cities. This is a perfect analogy for Burnaby, Surrey and Vancouver. Is this chlorine production system tolerable anymore?"

Holland is the only country to have stopped shipment of chlorine along its rails.  Harry van den Tweel and Eelco Beukers explain in their report,  The End of Chlorine Transportation in the Netherlands, that chlorine transportation through heavily populated areas "simply could not be justified to the public" after several chlorine accidents alarmed citizens.  There were demonstrations against chlorine transports, but the protests were not very effective. "But they did succeed in making the ‘chlorine train’ a powerful symbol for the Dutch of the hazards of an industrialised society," Tweel and Beukers write. And in 2002, the Dutch government and chlorine manufacturer Akzo Nobel signed an agreement to bring large-scale chlorine transportation in the Netherlands to an end in 2006.

Lins, who was born and raised in Vancouver and has lived here most of his life, searched online and couldn't find a definite answer either to whether Canexus had actually stopped transporting chlorine during the Olympics. He decided to find out for himself.

Lins located the Canexus plant with Google Maps. He drove over the Second Narrows Bridge at about 12:13 a.m. and got out of his car outside the plant. He searched for an illuminated area where he could get a good shot.

"The road goes straight and there's a train crossing and a stop sign and it just continues on. I'm still thinking I'm on public land. The road has the same line markings as the road outside. There are no people standing guard, nothing. So I accidentally drive in there thinking it was public property. As soon as I get up to the Canexus sign I'm like oops. I can't believe how easy it was for me to make this mistake, just drive in. I'm thinking, 'anybody could do this.' That is a scary thought. Then I see a security guard coming towards me with his flashlight."

Lins thinks he was about 150 feet away from the tanks where chlorine may be stored and he was alarmed by how vulnerable the facility seemed. "If I was a terrorist or psychopath, I could have accelerated very fast from the public road and by the time I got to those tanks I could have been doing 120 MPH. And nothing would have been in between me and crashing into the tanks. There was a lack of security. It's an outrage."

He drove back out to the public land and continued down the street looking for a place to park. The signs said no parking so he went on down the street and turned around. He parked about 30 feet from the rail road crossing. He got out of his car and took a test shot.

As he zoomed in for a second shot, he heard the security guard ask what he was doing.

The two talked calmly, "discussing what was going on."

The guard asked him what his intention was in photographing and Lins said he read an article about Canexus shipping chlorine at night and was here to document it.

The guard asked if he was a protestor or if he was affiliated with a protest organization.

Lins said he wasn't. He said he hadn't been involved in a protest since he was a student at Capilano College twenty-five years ago when he had demonstrated against education spending cuts.

Then the guard asked if he was from the media and Lins said he wasn't.

Finally the guard asked if he was a "concerned citizen."

Lins said he was.

"They really don't want you here taking photographs of this area." The guard pointed at the plant grounds. "They don't want the signage in the photographs."

"That's not a problem for me, because I'm not interested in this area." Lins pointed to the factory. "I'm just here taking test shots of the train going by, because all I want is on the side of the car where it says "chlorine", that's all I'm looking for. Full disclosure. I've got nothing to hide." 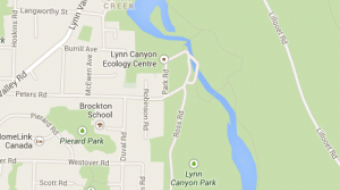