COPA-ing with the summer sports season 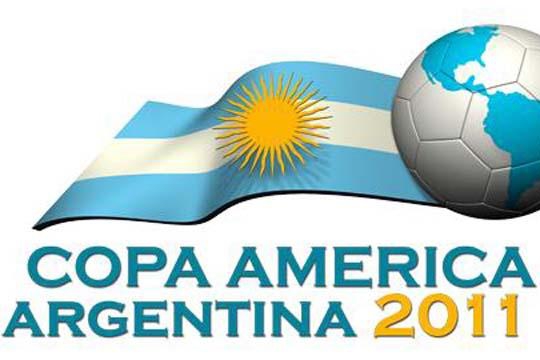 The doldrums of the summer sports season are upon us. No more NBA, NHL or NFL and the boys of summer need no heed until autumn. The summer of 2011 holds no World Cup, no European Cup and no Olympics. Even the Cricket World Cup, the last refuge of the die-hard, watch anything, Canadian sports fan is over and done. We hesitantly turn off the TV until the last vestige of sunshine signals a retreat into living rooms and bars.

But our obsession can continue, unabated, as another sporting event, largely unnoticed by the Canadian public, plays out this month in Argentina. It’s the third largest men’s football tournament in the world and it’s likely you’ve never heard of it.

This year’s competition features seven of the top 16 teams from last year’s World Cup and three countries that have nine World Cup titles between them. Welcome to the COPA America, South America’s answer to the European Cup.

The lack of interest is partly explained though our shared history with Europe. European rivalries are burned on our psyche, while our knowledge of South American history pales in comparison, beginning with the Incas and picking up again somewhere around the Falklands War.

Our ignorance of South America inhibits our understanding of their rivalries, and rivalry takes an otherwise mundane game and turns it into something extraordinary. The added heat of an England vs. Germany football match pulsates through the TV set, half the world away.

But a South American football match doesn’t need the historical backdrop of war: it is war. Brazil vs. Argentina, the grandstands are on fire.

Additionally, the flair and panache of the European Cup, the fancy stadiums, top advertisers, massive television contracts and wealthy fan bases, combine to elevate its importance. We buy the hype, allotting the European Cup first class status and the COPA, no more than third rate standing.

For fence sitting Canadian fans, whose recurring complaint that football is a dawdling sport, the lack of interest in the COPA America is disappointing. Without the more stultifying, structured European national sides (see Switzerland, Greece, Italy etc.) slowing the game to a geriatric pace, creativity blossoms. Shackles cast aside, the Nerudas of football are free to employ their full offensive palette.

And one player, above all others, provides you with all the motivation needed to watch. Lionel Messi, the tiny Argentine, FIFA world player of the year, is a generational talent with magnets in his shoes. Any opportunity to gaze at the world’s most dominating athlete on one of its biggest stages should not be passed up.

But Messi is not alone. His heir apparent, the Brazilian, Neymar, complete with youthful faux-hawk and Zidane like balls skills, will play in his first major tournament for country. The COPA America is an audition of sorts for Neymar, who has five of the biggest clubs in Europe bidding for his services.

The tournament kicks off this Friday, and goes until the end of July. Unlike the inconvenient European Cup kickoff times, games are broadcast in the early evening; just another reason to tune in.