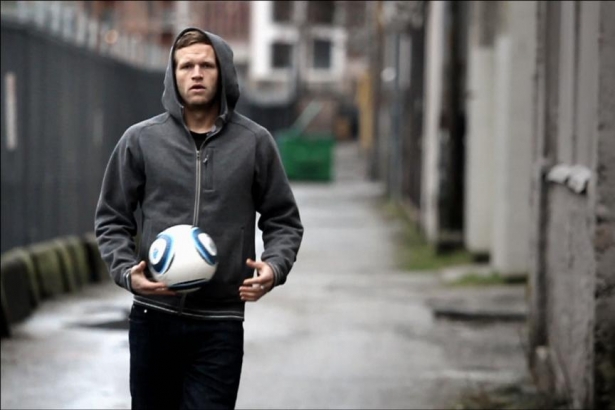 It's easy to assume that the best soccer players in the world hail from locations such as Rio de Janeiro, Buenos Aires, London or Berlin. The biggest names in soccer generally come from small towns and cities across Europe, South America, and Africa: anywhere but Green Bay, Wisconsin, where the word "football" conjures up images of touchdowns and NFL Superbowls.

So how did a soccer player from Green Bay who initially failed to find a team in Major League Soccer (MLS) manage to play in both England's Premier League (the pinnacle of the UK's soccer leagues) and represent the United States at the 2010 World Cup in South Africa? Rise & Shine: the Jay DeMerit Story, looks at the experiences that led him there.

“The message in the movie is the coolest part about it,” said Jay DeMerit, speaking to the Observer over coffee and pie in Vancouver's Gastown. “It's an everyman story.”

The story goes that after failing to be drafted by teams in the MLS, DeMerit resolved to find a European club to fulfil his ambitions of becoming a professional soccer player. So, at the age of 21, he moved to London to start a journey that would eventually take him all over the world.

DeMerit's first year in the UK was spent shuffling around Britain and Europe attending tryouts, living in hostels, sleeping in friend's attics, and eating basic food such as baked beans. He practiced so much he nearly wore out his soccer cleats. Eventually, he managed to find a spot in Southall's Sunday league team - a team in the lowest rung of England's football ladder. The season proved to be successful, and DeMerit was offered the chance to play for non-league Northwood Football Club in a pre-season friendly against Championship side Watford (a team in England’s second tier). After putting in a strong performance, Watford offered him a trial, which culminated in a friendly match against Real Zaragoza of Spain's La Liga.

“That might well be the defining moment in my career,” smiled DeMerit, looking back on that crucial match. “I hadn't even trained with the first team, let alone played with the first team. But I just thought...if I get this right, if I play well, that's going to change my life forever. And I need to go do whatever it takes to do that.”

Watford subsequently offered him a year's contract and he soon found himself playing an integral part in the club's spectacular rise into the English Premier League in 2006.

DeMerit has since represented the US National team where he played in the 2010 World Cup in South Africa. He is now the captain of the Vancouver Whitecaps, where he faces another challenge - making the franchise a competitor in the MLS.

An engaging and energetic personality, Jay DeMerit has his own views on where his adventure has taken him so far:

“There's been times in big games like in the World Cup against England when I should be nervous and freaking out but I'm actually laughing at myself because I can't believe I'm standing there,” said DeMerit, reflecting in the contrast between success and anonymity. “I shake my head and get that fire in my belly because this is what life is about.”

Rise & Shine looks back on these moments and more. As with soccer, there are always two sides to a game, and although DeMerit's story is the main focus of the documentary, at its core the film is essentially an example of hard work, determination, and taking chances to achieve your goals.