Many people on the extreme right of the political spectrum have strong views on abortion, capital punishment, and homosexuality. Are these views logical, reasonable, and sensible? What are these views? Many people believe that abortion is no different than killing babies, hardcore criminals should get the electric chair, and God hates gays.

Abortion is probably one of the most divisive social issues of our time. The decision to end a pregnancy can be a difficult one for anyone. Is abortion against nature? Well, abortion exists in nature in the form of miscarriages and stillbirths. In some cases, the life of the mother can be at risk during pregnancy and child birth. Some women become pregnant due to rape or incest. Is it moral or ethical for society to force these women to deliver their babies? Furthermore, the global population is expanding exponentially and there is increasing demand for the Earth’s finite resources. Already millions of children and families are dying of starvation and preventable disease, and most countries have thousands of unwanted children up for adoption.

From a spiritual perspective, if one believes in an everlasting spirit within everyone, then is a physical death really the end of a life?

Abortion has historically been a decision for the woman to make because it is her body and the mother plays a large role in the process of creation. A mandatory pro-life policy is not practical and will create a dangerous black market for unsafe abortion procedures. The argument about who is standing up for the rights of the unborn has some merit. Perhaps a policy could be developed where a woman has to decide whether or not to have an abortion in the early stages of the pregnancy prior to more advanced development of the unborn child.

However, the human body is killing itself every second of every day through aging, cellular damage, and even the fact that millions of sperm go unfertilized. Humans were essentially born to die. Even reproduction is becoming a luxury in the western world with declining birth rates and an aging population. Globally, however, the extensive availability and accessibility of birth control, condoms, family planning, promotion of monogamy and safe sex, and std prevention education is necessary. In conclusion, it is not sensible for the pro-life movement to spend a single cent going after pro-choice advocates when there are millions of unwanted children on this planet already in foster care, waiting to be adopted, living in orphanages, or simply being abandoned.

The criminal justice system is also biased against minorities, persons with disabilities, low income and marginalized citizens. A capital punishment policy can, therefore, be seen as a tool of mass slaughter of the most vulnerable amongst us. Many people also believe that God gives life and only God should take life. Everyone should have the opportunity to experience a natural death and complete the cycle of birth and death for their creation.

Furthermore, the USA spends billions on incarceration instead of rehabilitation of prisoners. The prison system has become a huge billion dollar industry. It is essentially a waste of human potential and taxpayers dollars. Only the most hardcore criminals need to be in jail. The government has to get out of the business of locking up prostitutes and pot smokers. The millions of dollars that is spent on police, court, and prison related costs to incarcerate otherwise law abiding citizens can be used on health care, education, and social services.

Finally, we get to homosexuality. Is it true that God hates gays? The universal message of God is one of love, hope, and faith. God is all-forgiving and to reach salvation with God one must come to selflessly love everyone. This includes gays and lesbians. God created them. Why would he hate them? Homosexuality exists universally throughout all cultures, races, and countries historically and in the present time and also exists in nature and the animal kingdom. Even the Toronto Zoo ended up with gay penguins. Just because humanity does not have the tools to understand all of Gods motives and grand design does not mean we should hate and discriminate and make life a hell for those that we fail to understand and appreciate. 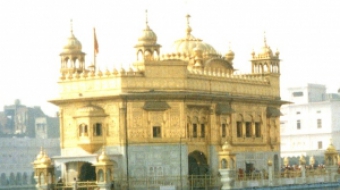 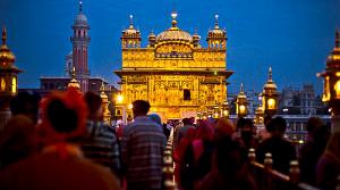