A new poll sponsored by Enbridge says BC residents support the oilsands pipeline, but also shows that 55 per cent of respondents are unfamiliar with the project. 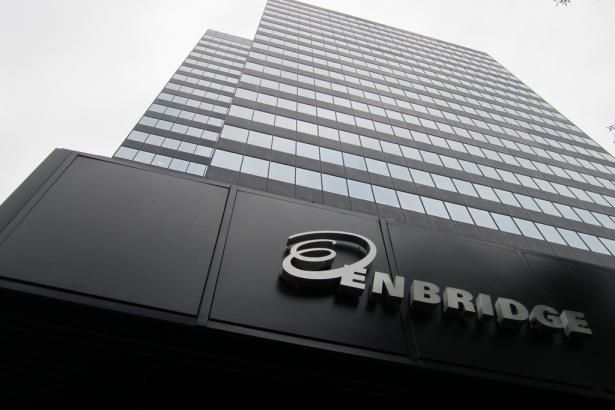 It's all in how you phrase the question, maintain critics of a new poll funded by Enbridge that says a majority of British Columbians are in favour of Enbridge’s controversial Northern Gateway pipeline from the tar sands to Kitimat, BC. The new survey, conducted for Enbridge by Ipsos Reid, counters a 2010 poll commonly cited by environmental groups, which suggested 80 per cent of BC residents opposed the project.  Those same environmentalists are countering the poll and a local pollster is suprised by the number of people in the "undecided category."

According to the Ipsos poll, released today in The Vancouver Sun, 48 per cent of British Columbians say they support the Enbridge pipeline, with only 32 per cent opposed and 20 per cent undecided. However, the poll also showed that the majority of respondents don’t know much about the Northern Gateway project – only 42 per cent said they were familiar with the proposed pipeline.

According to local pollster Barb Justason, the low levels of familiarity make it surprising to see such a low number in the “undecided” category.

“Ordinarily when we have such low awareness – with only half aware – you would generally see a lot of people fleeing to ‘don’t know’ or ‘undecided’ when asked about their support levels,” she said.

“In reality, support can be built on awareness or absence of awareness. People’s opinions are built in a vacuum when there’s no information, but it doesn’t take away that they may have an opinion. The fact that some people are uneducated about it is just a fact of life.”

The Ipsos study surveyed 1,000 people across British Columbia, while the earlier poll, conducted by Mustel Research for ForestEthics, surveyed just 500. However, Justason says that doesn’t necessarily mean the new one is more accurate.

She noted that in each of the two polls, the questions were likely framed and worded differently, and said it’s important to take that into account along with assessing what information was shared prior to data collection.

Eric Swanson, Campaigns Director at the Dogwood Initiative and one of the pipeline’s vocal critics, agreed that the wording of questions was key to the poll’s results.

“Polling numbers routinely swing enormously depending on how the question is asked. In this case, the question of support for the pipeline is somewhat divorced from the threat of an oil spill,” Swanson said in a release.

While the wording in the Enbridge poll focused on building the pipelines for trade with Asian markets, the ForestEthics survey specifically mentioned the risk of oil spills and tanker traffic.

“What today’s poll indicates is that some people aren’t automatically connecting this project to the increased threat of oil spills. The big question is whether people are willing to take that risk with their coast,” said Swanson.

Enbridge spokesperson Paul Stanway responded to concerns about wording, expressing the company’s belief that the most recent Ipsos poll questions were much clearer.

“I think this poll is more reflective of opinion on the Northern Gateway project right now, rather than a question based on the assumption of a non-existent ban on tanker traffic into BC ports,” said Stanway.

The new poll was released exclusively to Postmedia News this morning, and strategically timed to coordinate with the start of the National Energy Board’s long-awaited public hearings on the issue. Thousands of concerned citizens, First Nations and other interest groups have signed up to speak, and hearings are expected to last for months as the joint review panel moves across the affected regions in Northern BC.