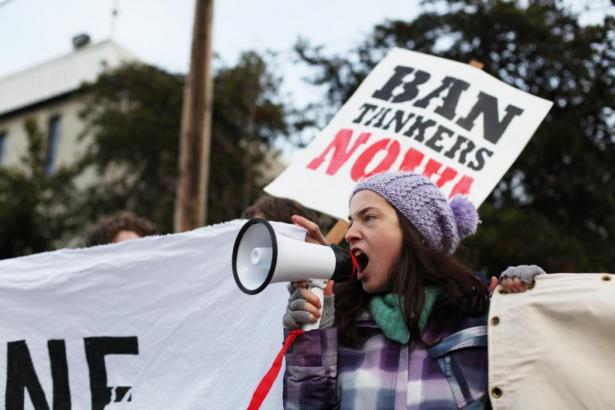 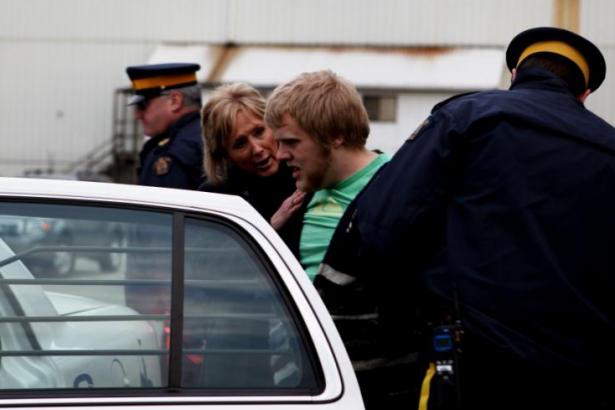 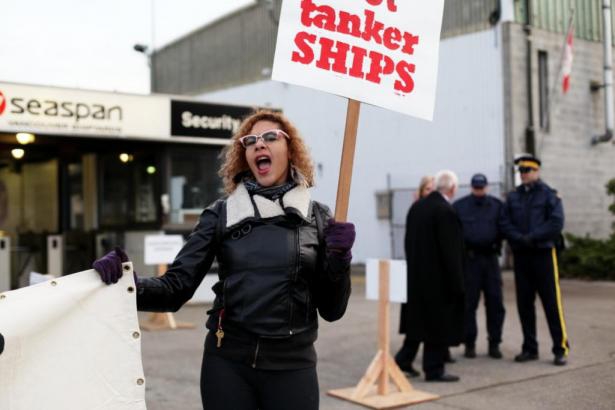 Prime Minister Harper's visit to a North Vancouver shipyard today was met by opponents the controversial Enbridge Northern Gateway pipeline who said they are outraged at the Conservatives' hard-line support for the project and “lack of leadership.” One person ran through a security check-point and was arrested.

As the Prime Minister prepared to make a major announcement at the Seaspan shipyard this afternoon, demonstrators protested outside against his vocal support for the pipeline, in which he and his natural resources minister have both repeated oil lobby accusations that opponents are funded by foreign interests and represent “radical ideologies.”

“We want Prime Minister Harper to know that there are no long-term jobs on a dead planet,” said Christine Leclerc, a spokesperson for Greenpeace at the protest. “This pipeline has widespread opposition in B.C.

“Why are you trying to fool Canadians into thinking this pipeline is good in any way? It's going to take us further into climate change and is putting our coast and the province's rivers at risk.”

James Shaw arrested
One man, James Shaw, attempted to storm through a police checkpoint and was arrested for “creating a disturbance,” police said as they pushed him into a police car.

“If Harper can break the law, why can't I protest him?,” Shaw shouted as he was arrested. Protest organizers said he was not affiliated with their demonstration.

Harper has voiced his support for the Northern Gateway project, which currently is undertaking public consultations in northern B.C. 4,600 people have registered to voice their views on the project. The government said the pipeline will bring jobs and economic opportunities to Canada.

Greenpeace said that that is a red herring.

“We need to invest in renewable energy. These are billions of dollars they're investing (in tar sands) – we have technology that's proven to work, we have plans ready to implement. We're seeing a lack of political will.”

Since December, First Nations groups have staged a blockade at a Gitxsan treaty office in protest of the pipeline project.