The Canada-China Foreign Investment Promotion and Protection Act (FIPPA), which will come into effect at the end of October, is Canada's biggest foreign trade treaty since NAFTA. What are its implications for BC? 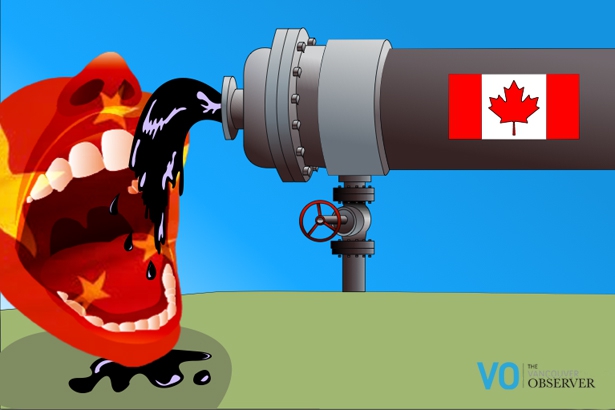 Graphic by Craig Fleisch (craigfleisch.ca) for The Vancouver Observer

A Canada-China investment treaty known as FIPPA will stop BC from negotiating a greater share of profits and creating regulations related to the proposed Enbridge Northern Gateway pipeline for the next 31 years once it comes into effect at the end of October, an international investment law expert warns.

"This treaty, in effect, will pre-empt important elements of the debate of the Northern Gateway pipeline and may frustrate in a very significant way the ability of the current BC government or any future government—if the NDP were to win in spring—from stopping that pipeline or bargaining a better deal for BC," said Gus Van Harten, an Osgoode Law professor who specializes in international investment law.

Van Harten noted that arbitrators in foreign investment agreement disputes will most likely judge in favour of Chinese investors in cases where the host country attempts to impose new or updated regulations that may interfere with the investor's bottom line.

"If this treaty comes into effect, and there's any Chinese ownership whatsoever in assets related to this pipeline—minority ownership, ownership we generally don't know about—then Canada will be exposed to lawsuits under this treaty, because the BC government will be discriminating against a Chinese investor, which is prohibited by the treaty."

The treaty will protect investors' rights for 31 years as of November 1.

The Northern Gateway is a controversial pipeline project proposed to run from the Athabasca oil sands in Alberta to the northern coast of British Columbia. It would build a twin pipeline running from Bruderheim, Alberta, to Kitimat, BC.

The project is currently under review from the National Energy Board, which is set to make a decision on whether or not the project will go ahead by the end of 2013.

The proposed pipeline has polarized BC politics. BC Liberal Premier Christy Clark has demanded a "fair share" of its profits for the environmental risks the pipeline could pose to BC's northern coast. Meanwhile, the BC NDP has taken a firm stance against Northern Gateway, asserting a "Made in BC" environmental assessment that would involve consideration for First Nations rights and environmental concerns.

Disputes can be decided in secret tribunals under FIPPA

Van Harten wrote in another op-ed for The Toronto Star about the unprecedented secrecy that surround the three-person tribunals which judge the disputes between a foreign investor and the host country. Harten called this a reversal of previous Canadian government policy.

"The turn to secrecy is an about-face for the government. Canada was until now a champion of openness in investor-state arbitration," Van Harten wrote.

"The Canada-China deal undermines basic Canadian principles of public accountability and open courts. It raises dramatically the stakes of Chinese takeovers in the resource sector. If ratified, it will tie the hands of future elected governments for at least 31 years."

Canada paid out $160 million in investor-state compensation since 2001 under NAFTA, Canada's last major international trade-related agreement, with another payout pending in a case involving research and development rules in Newfoundland.

"We have lost about half of the decided cases against the government, all by U.S. companies under NAFTA," Van Harten wrote, as a warning against the investor-state clause in FIPPA.