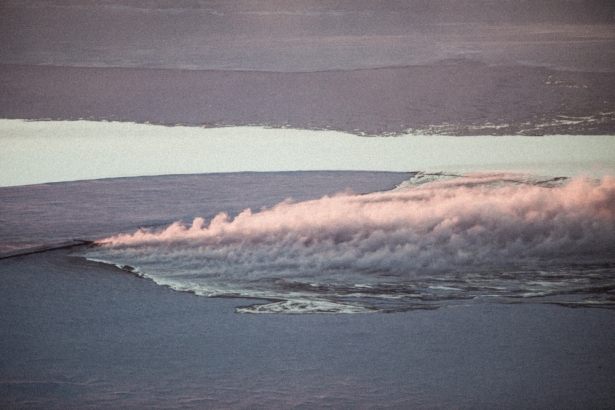 According to an internal memorandum obtained by Postmedia's Mike De Souza, the tailings ponds holding billions of litres of tar sands waste are leaking into Alberta's groundwater.

The document, released through Access to Information legislation, confirms groundwater toxins related to bitumen mining and upgrading are seeping from tailings ponds and are not naturally occurring as government and industry have previously stated.

"The studies have, for the first time, detected potentially harmful, mining-related organic acid contaminants in groundwater outside a long-established out-of-pit tailings pond," the memo reads. "This finding is consistent with publicly available technical reports of seepage (both projected in theory, and detected in practice)."

This newly released document shows the federal government has been aware of the problem since June 2012, without publicly addressing the information. The study, made available online by Natural Resources Canada in December 2012, was still "pending release" at the time Minister Oliver was briefed of its contents in June.

The study in question, co-authored by 19 scientists from both provincial and federal bodies including Natural Resources Canada, Environment Canada, the Geological Survey of Canada, was designed to distinguish naturally-occurring chemical substances from mining-related contaminants.

"Their study isn't new in any way other than perhaps the laboratory methods and detection limits," Davies said.