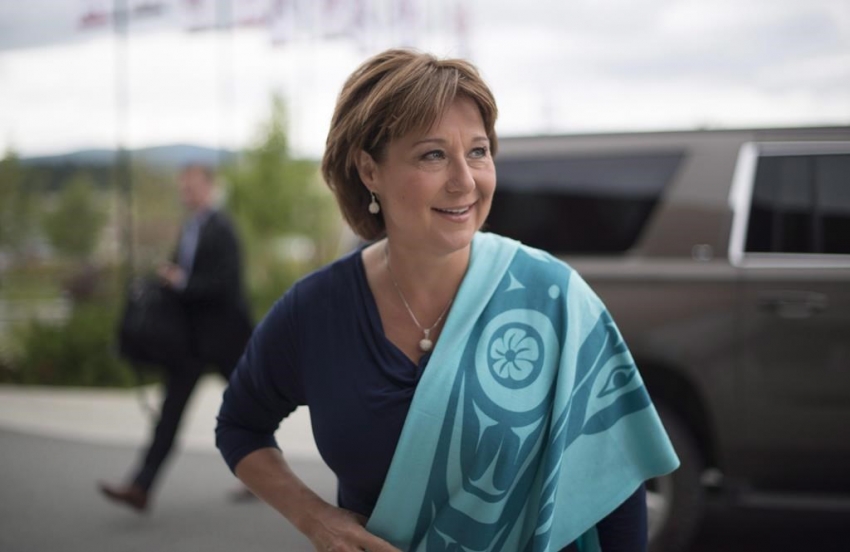 BC Premier Christy Clark in Vancouver in 2015. File photo by The Canadian Press.

The legislature is set to convene Monday to debate changes to Vancouver's charter that would allow the city to create a tax on vacant homes. The government will also introduce legislative amendments to end self-regulation of real estate agents.

Both proposals mark dramatic shifts in tone from Premier Christy Clark's government, which only a year ago rejected Mayor Gregor Robertson's demand for taxes to cool a superheated housing market.

"They do appear to be scrambling a little bit, which suggests that they feel, or they fear, they have fallen behind public opinion on this," said Hamish Telford, a political science professor with the University of the Fraser Valley.

Telford said the government might have been reluctant to act in part because its supporters tend to live outside the Lower Mainland. In Vancouver, the Liberals draw support from older residents who have more equity built up in their homes, he said.

It is challenging to create affordability without jeopardizing home prices, said Tom Davidoff, director of the Centre for Urban Economics and Real Estate at the University of British Columbia.

There are things the province could do, including requiring municipalities to zone valuable land for dense housing, rather than single-family homes, and taxing non-resident owners, he said.

But Davidoff said if all he cared about was winning an election, he'd err on the side of not causing a crash.

"I am not saying I think a crash is the most likely scenario, but it totally could happen, and if you have a weak energy sector combined with a crashing housing market, that would be a great way to lose an election."

The real estate market has enormous economic value to the province. The Finance Ministry reported commercial and residential real estate sold in the 2015-16 fiscal year reached $93.67 billion, which generated property transfer tax revenues of $1.5 billion, a jump of 43.9 per cent over the previous year.

Finance Minister Mike de Jong cautioned against assuming the windfall would continue. He told reporters he believes building more homes is the way through the current crunch.

"Let us not make the mistake of assuming governments are going to tax our way out of the challenges for people owning a home,'' he said Thursday. "Let's give them something to buy.''

"It's about supply. But our politicians will not take the political risk of supply, because it upsets neighbourhoods," he said.

Rennie, fundraising chairman for the Liberals, said the governing party is in a tougher spot than the NDP because it has to come up with a real solution rather than a "sound bite." However, he said the issue is complex and he's watching both parties.

The NDP has proposed a two per cent tax on property owners who don't pay their income taxes in Canada, with the money collected going into a fund for affordable housing.

The average price for a detached home in the Vancouver area is $1.5 million. In the city's affluent west side, which NDP housing critic David Eby represents in the legislature, it's $3.5 million.

"You would think that the people I represent would be overwhelmingly opposed to any kind of intervention on international money in our housing market," Eby said.

"And yet as their MLA, the overwhelming message I'm hearing is: 'Our kids, where are they going to go? They can't afford to live in the neighbourhoods they grew up in. We don't see a future anymore for our community.'"

-With files from Dirk Meissner in Victoria

See more
Ten charges laid in oil spill that fouled English Bay beaches in Vancouver
Ride hailing, electric vehicles, self-driving cars: Ford Canada looks to future
Speak up about this article on Facebook or Twitter. Do this by liking Vancouver Observer on Facebook or following us @Vanobserver on Twitter. We'd love to hear from you.