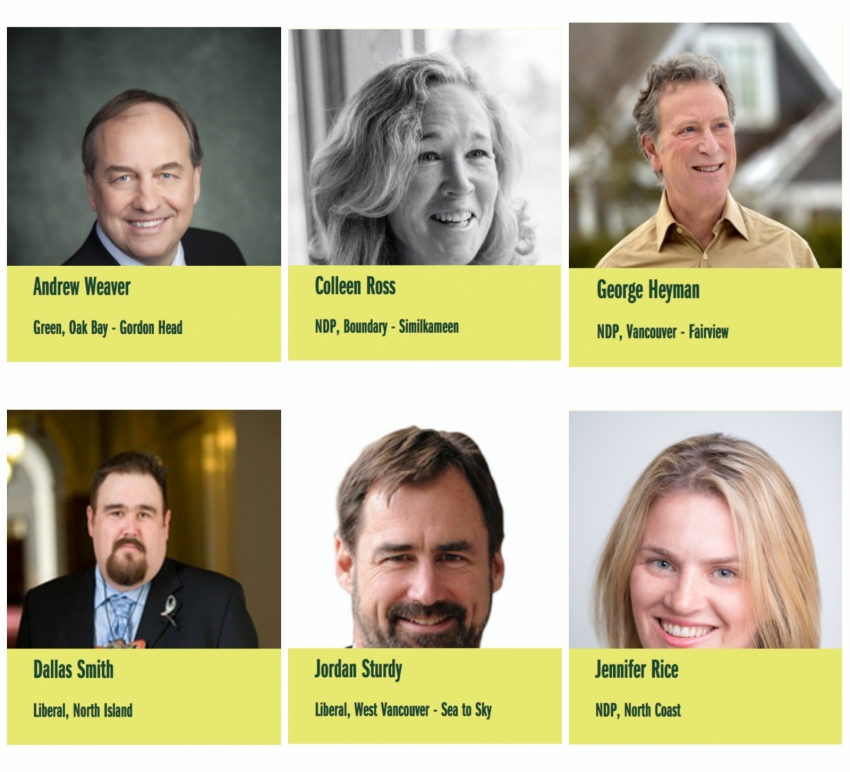 The list includes candidates from all major parties represented in the provincial legislature: Liberal (2), NDP (3), and Greens (1). They are:

“Public concern about the environment and sustainability crosses political lines, and we need a B.C. legislature that embodies that concern,” said Vancouver-based GreenPAC board member Joanna Kyriazis. “Our endorsed candidates are an outstanding group of environmental leaders, and we’ll be asking B.C. citizens of all political stripes to help their campaigns with donations of money and volunteer time.”

Endorsed candidates were selected by a six-member Expert Panel made up of non-partisan leaders in various environmental fields, including three local panelists with a deep understanding of the B.C. environment and economy.

The panel evaluated candidates based on their past environment-related accomplishments in the private, public, or non-government sectors. Candidates must also meet “winnability” criteria to be eligible for endorsement.  Political platforms and campaign promises were not a part of the assessment.

“By focusing on a half-dozen key campaigns, we’re helping British Columbians direct their support to candidates with a track record for putting the environment first,” said GreenPAC Executive Director Sabrina Bowman. “By helping these candidates win, we believe we can make the environment a top political priority in all corners of the B.C. legislature.”

The candidate research was also informed by outreach to the major parties, and by a public survey inviting British Columbians to recommend candidates they thought were environmental leaders and by candidates nominating themselves.

Now, GreenPAC will encourage voters across B.C. to donate time and money to endorsees’ campaigns, wherever in the province they live. More information on the candidates and the campaign can be found at: http://www.greenpac.ca/bc_2017.